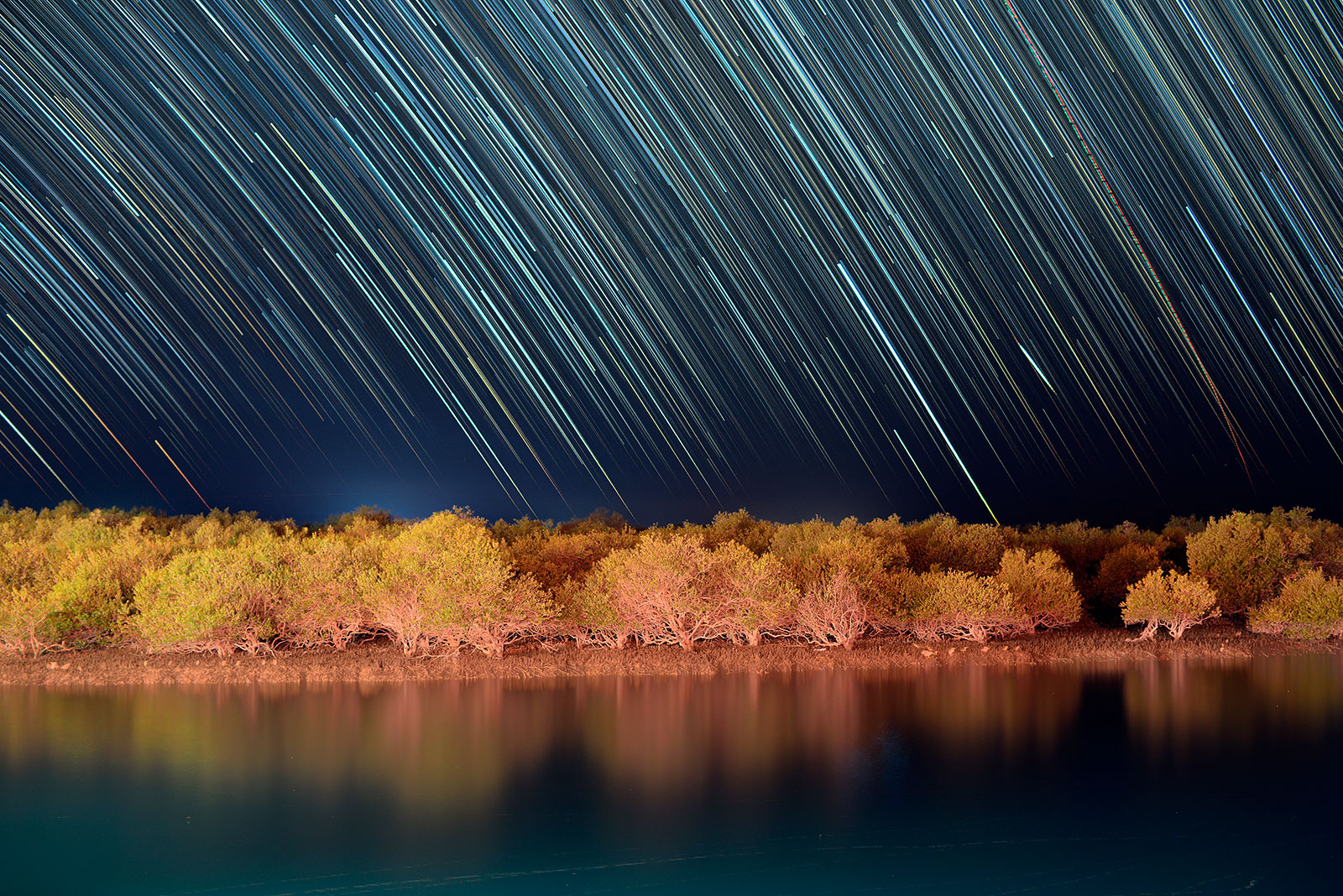 Astrophotography is revolutionized by the advent of digital sensors and high quality fast lenses in the past two decades. The maturity of digital sensors doesn't show significant performance improvements over the last years. For instance, noise level of newly released camera sensors are very close to their predecessors in the last decade. As an enthusiast Astro-photographer using full frame DSLRs, I was looking for a major advance on my craft and respect to the above fact, it was not happened by upgrading my camera body. Indeed, I was looking for a fast lens, which could performs well from basic apertures.

50mm fast lenses are among secret weapons of Astro-photographers along time. This focal length is great because of maturity of design through history which leads to very high quality output. Also the flexibility on creating diverse picture's wideness is in reach; for instance, when I decide to cover wide fields for nightscapes, 50mm lenses became an easy solution to produce panoramic multi shots.

Tokina opera 50mm F1.4 FF incorporates one of the most sophisticated optical formulas till now for a normal lens, in addition to plenty of state of the art technologies like spherical and SD (Super-low Dispersion) glasses, ELR (Extremely Low Reflection) coating, round-shaped 9 blade diaphragm and electric diaphragm (for Nikon F mount). I was wondering how these cutting-edge technologies render the light for superior performance in practice for astro-imaging. To evaluate opera 50mm F1.4 FF performance, I captured the following test shots in different apertures. 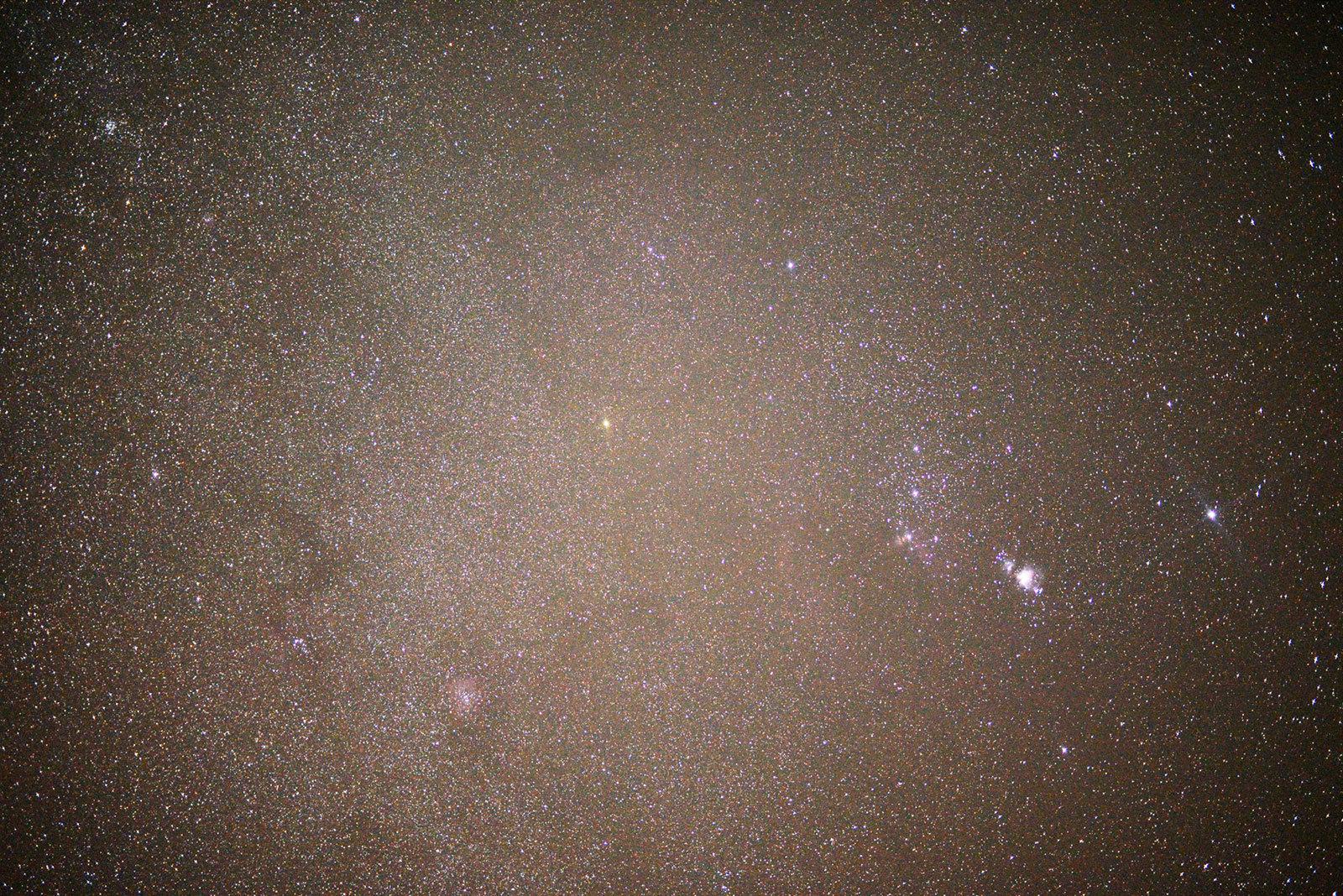 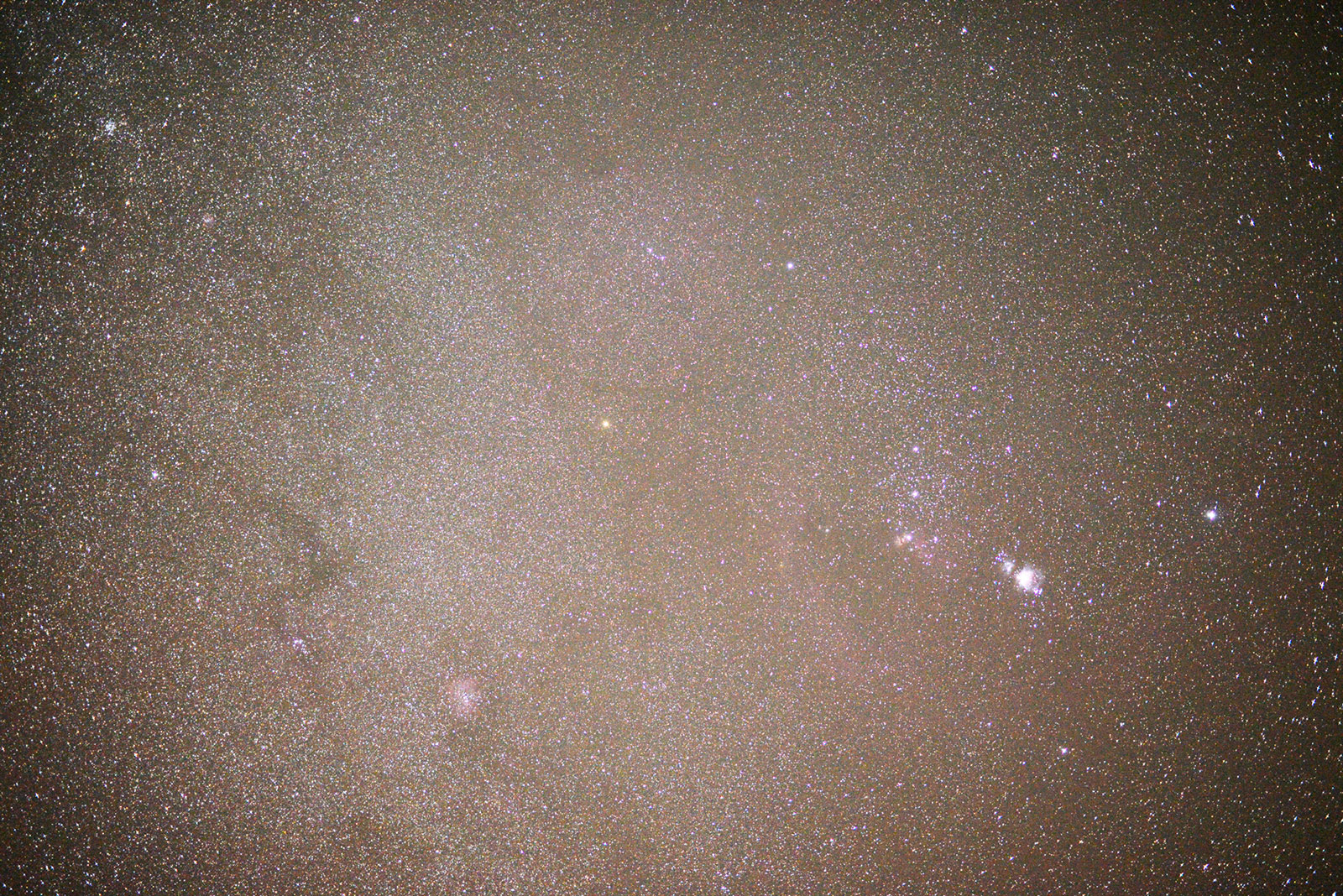 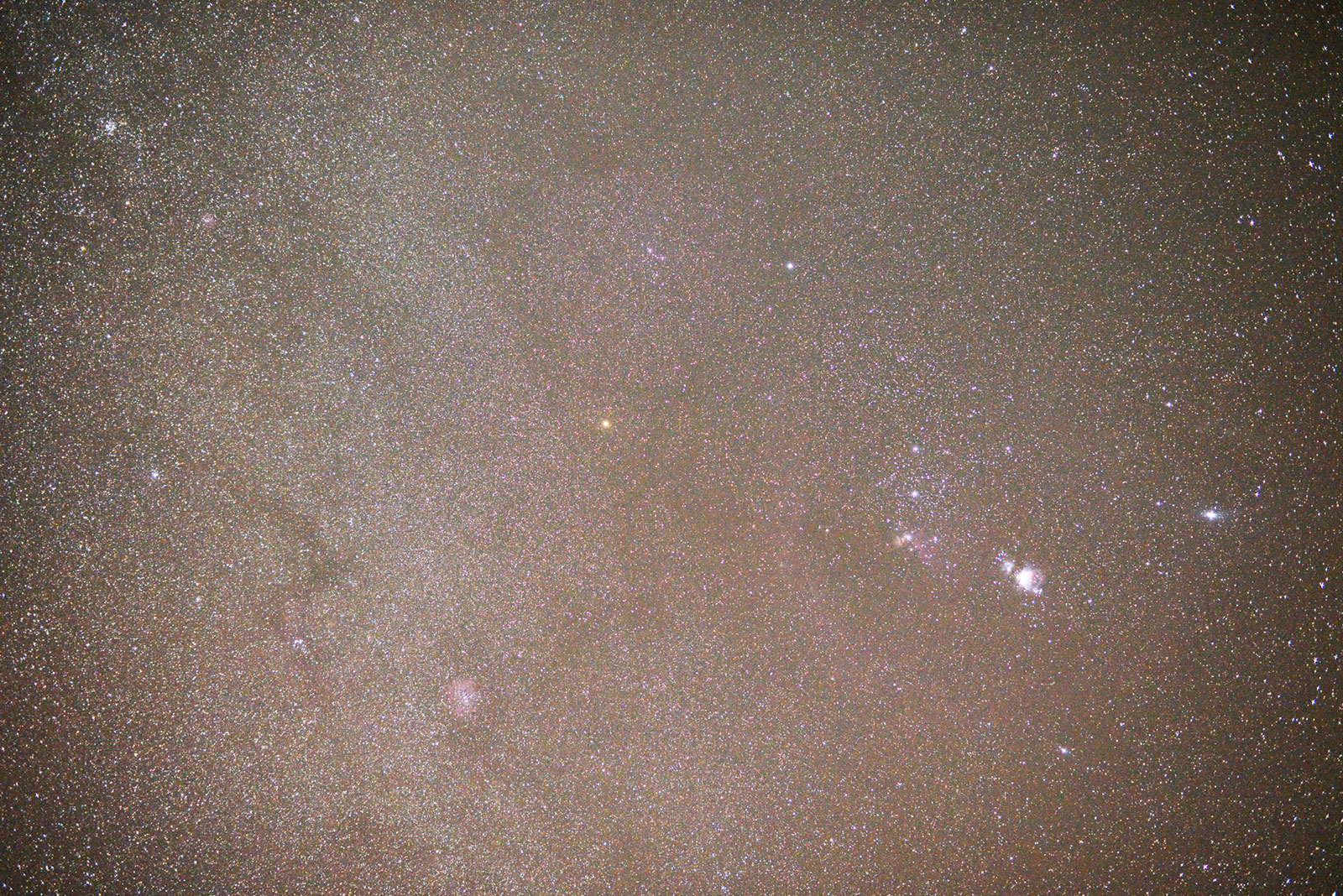 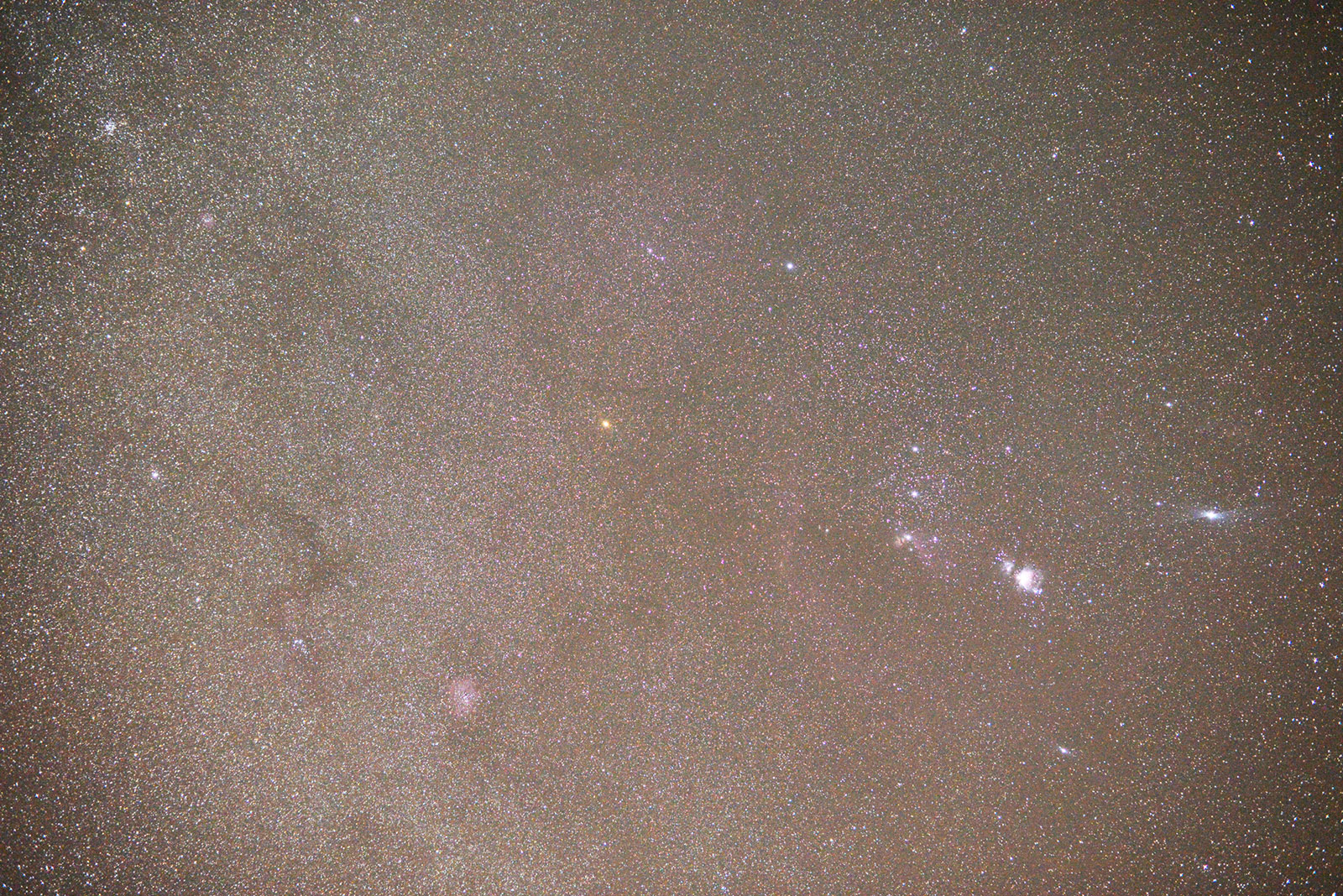 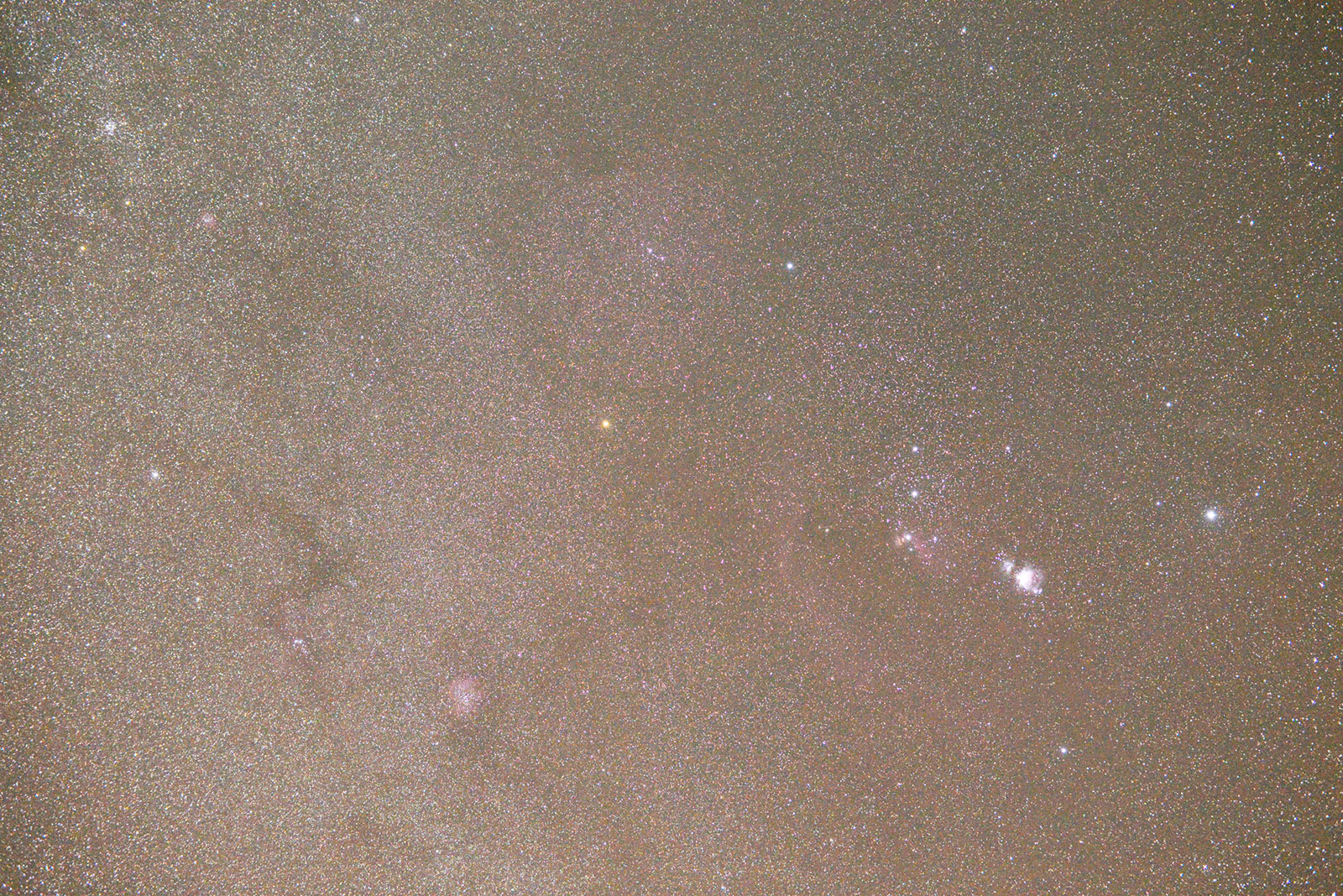 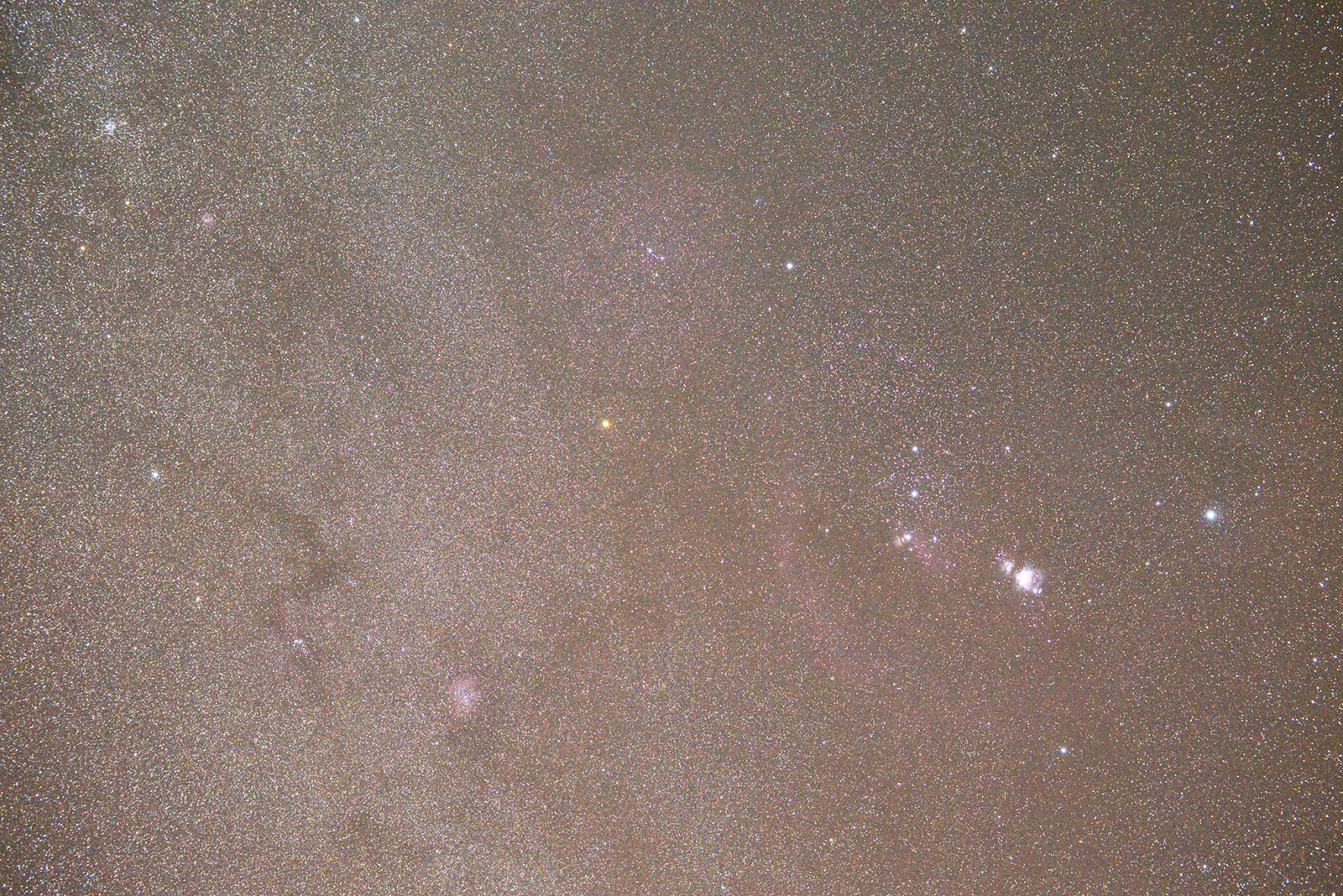 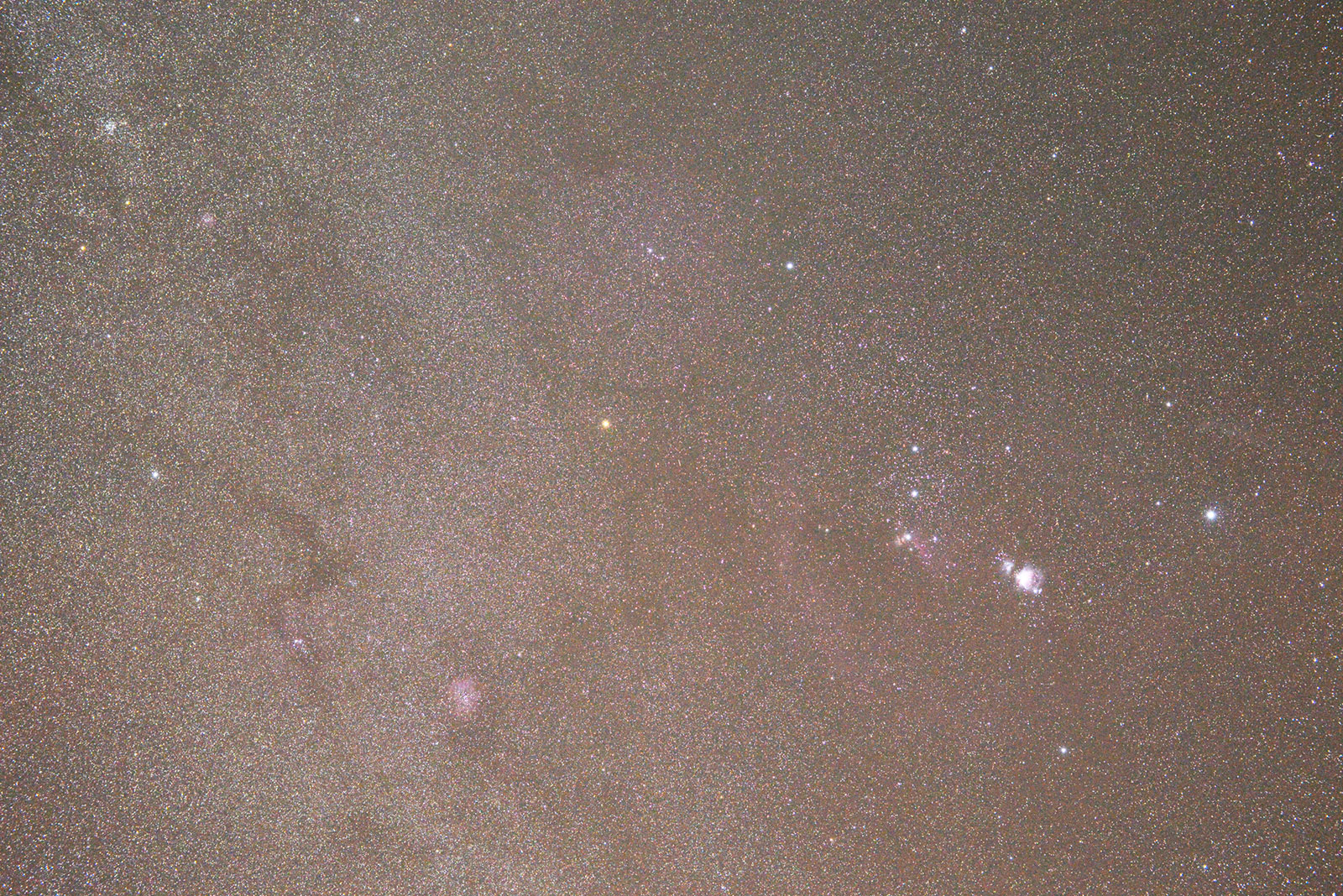 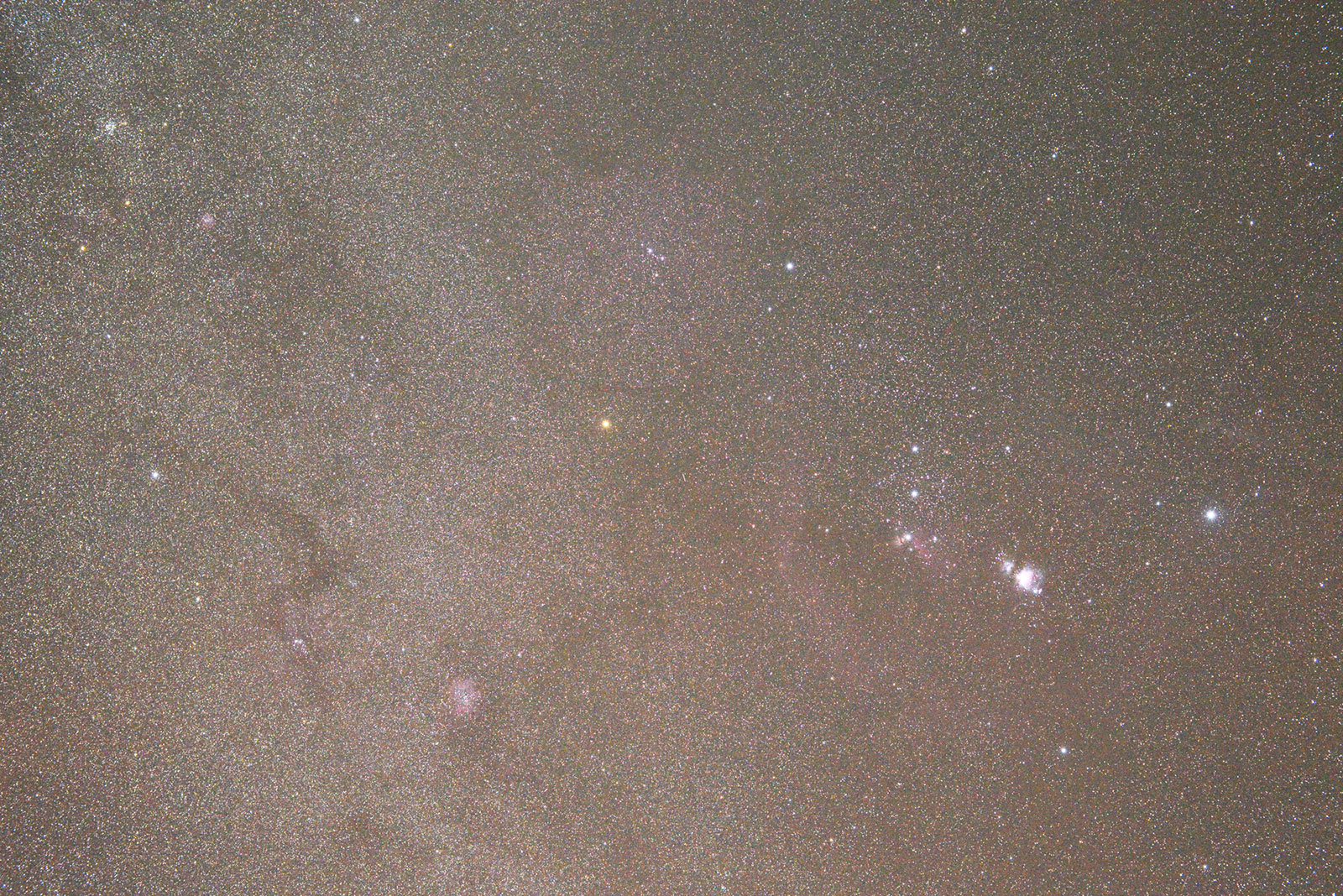 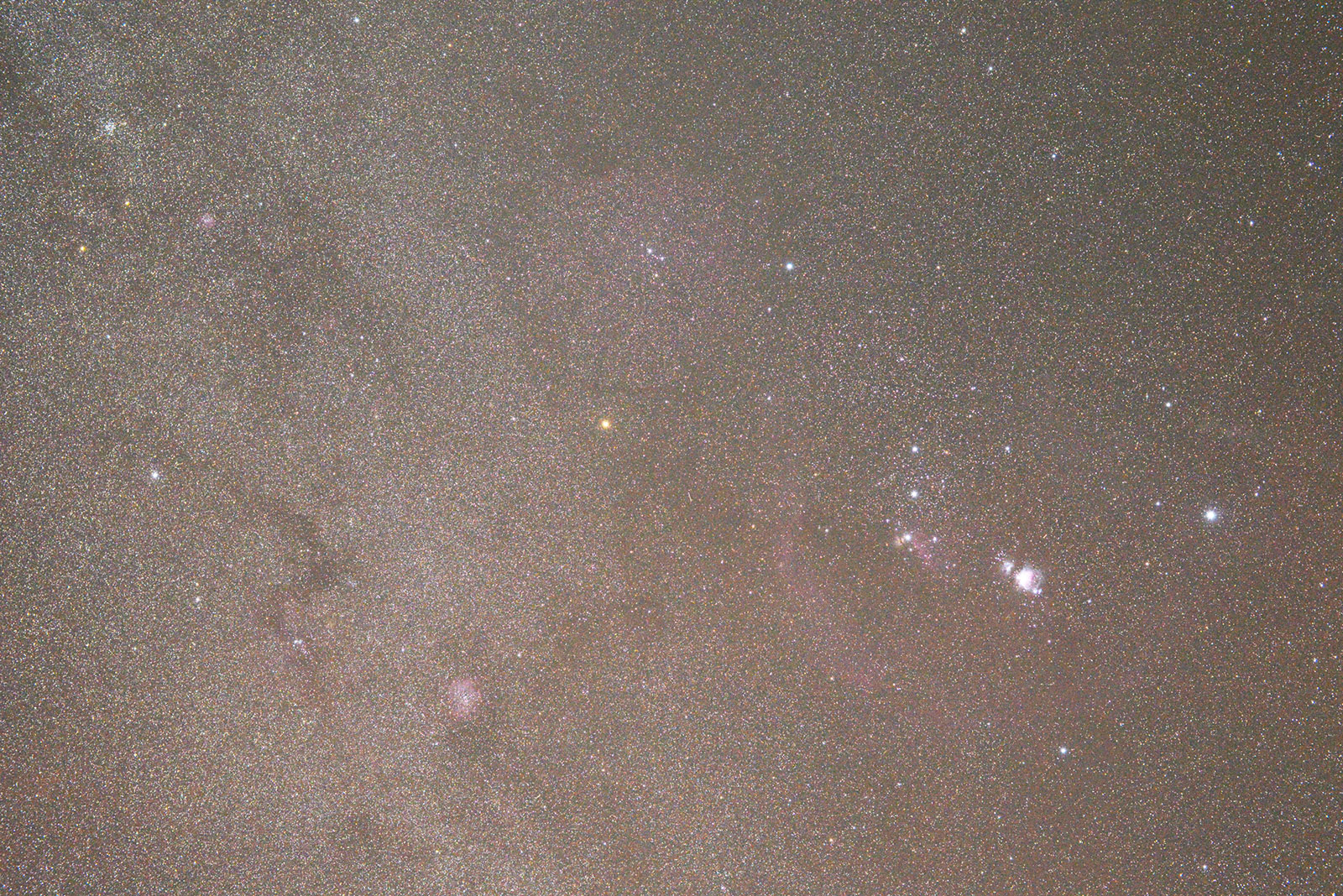 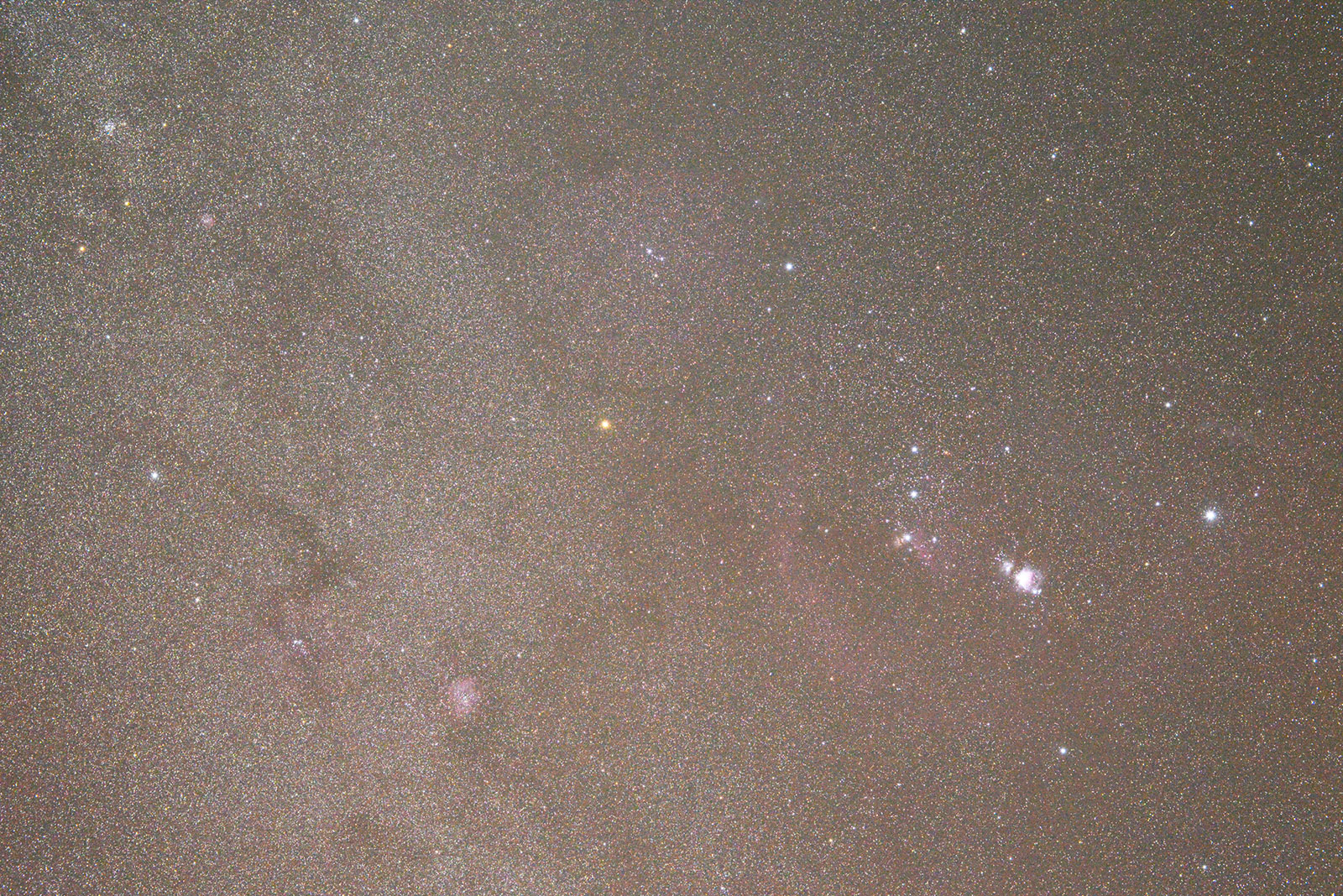 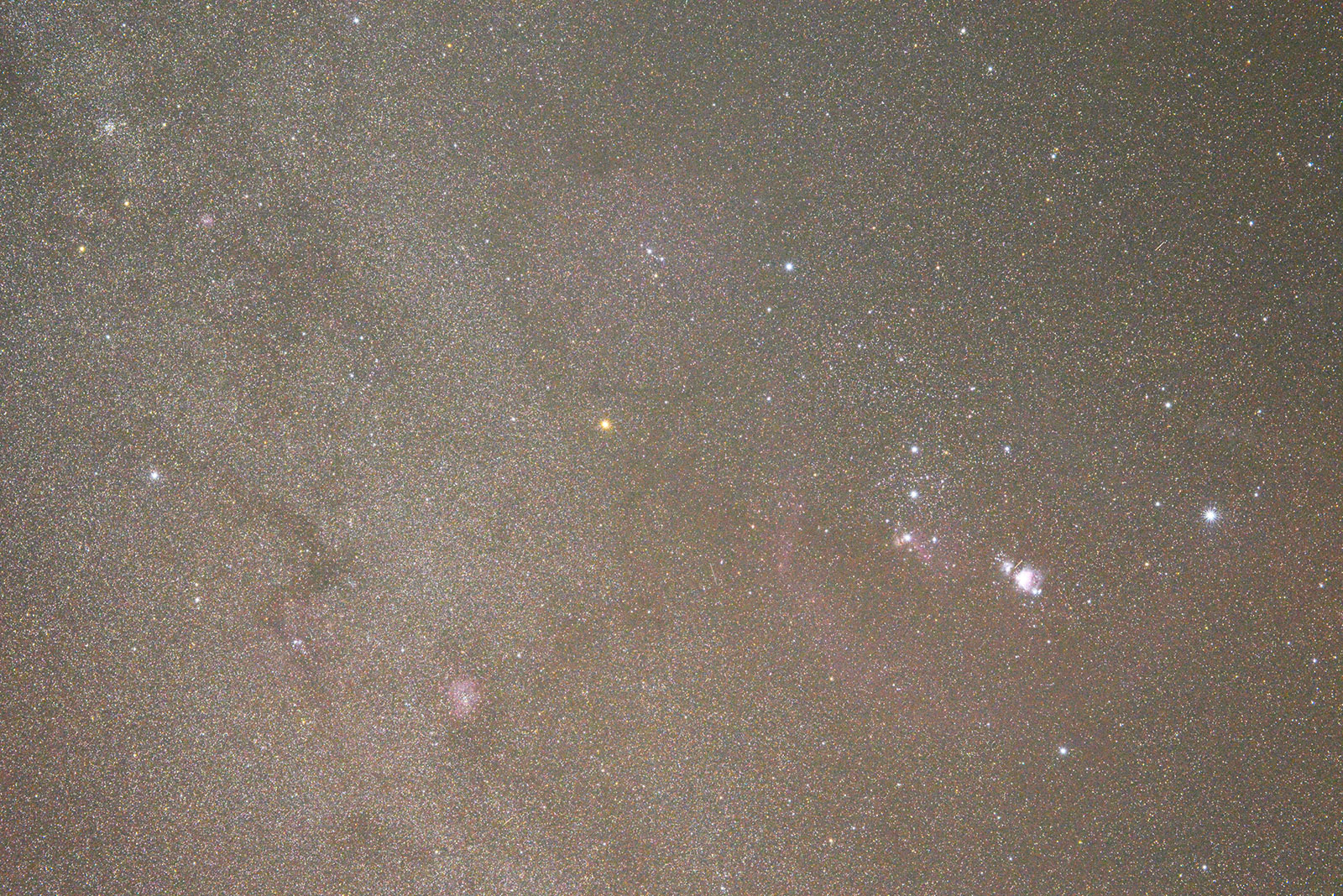 All shots are taken through opera 50mm F1.4 FF and directly from the camera without further post processes. I was looking for the peak low light performance of the lens for astro-imaging which means best optical characteristics at wide open diaphragm settings, so the f-step differences increased 1/3 stops before f/4 and 1 step afterward. That night was so cold around -12 Celsius, so at f/1.8 and f/2 settings a thin layer of ice begun to cover the lens like a light diffuser filter. In this regard, the light of bright stars spread more, but the optical performance like lens abbreviations and vignette and sharpness are not affect, so the results could be acceptable for field test in comparison.

First, Let us going through lens vignette performance by looking at the following comparison. Brightness and contrast of all images are equally increased for better show off.

The vignette of opera 50mm F1.4 FF shows moderately high at basic aperture which is common for a fast F1.4 lens. Practically, there is slightly vignette at f/2.2 but if you want completely get rid of this issue, set your lens at f/2.8 and above.

Bright stars and detailed deep sky objects on the dark background of night sky challenge the lens on sharpness and aberrations. In this respect, the performance behavior of opera 50mm F1.4 FF lens could be seen and compared as follow. 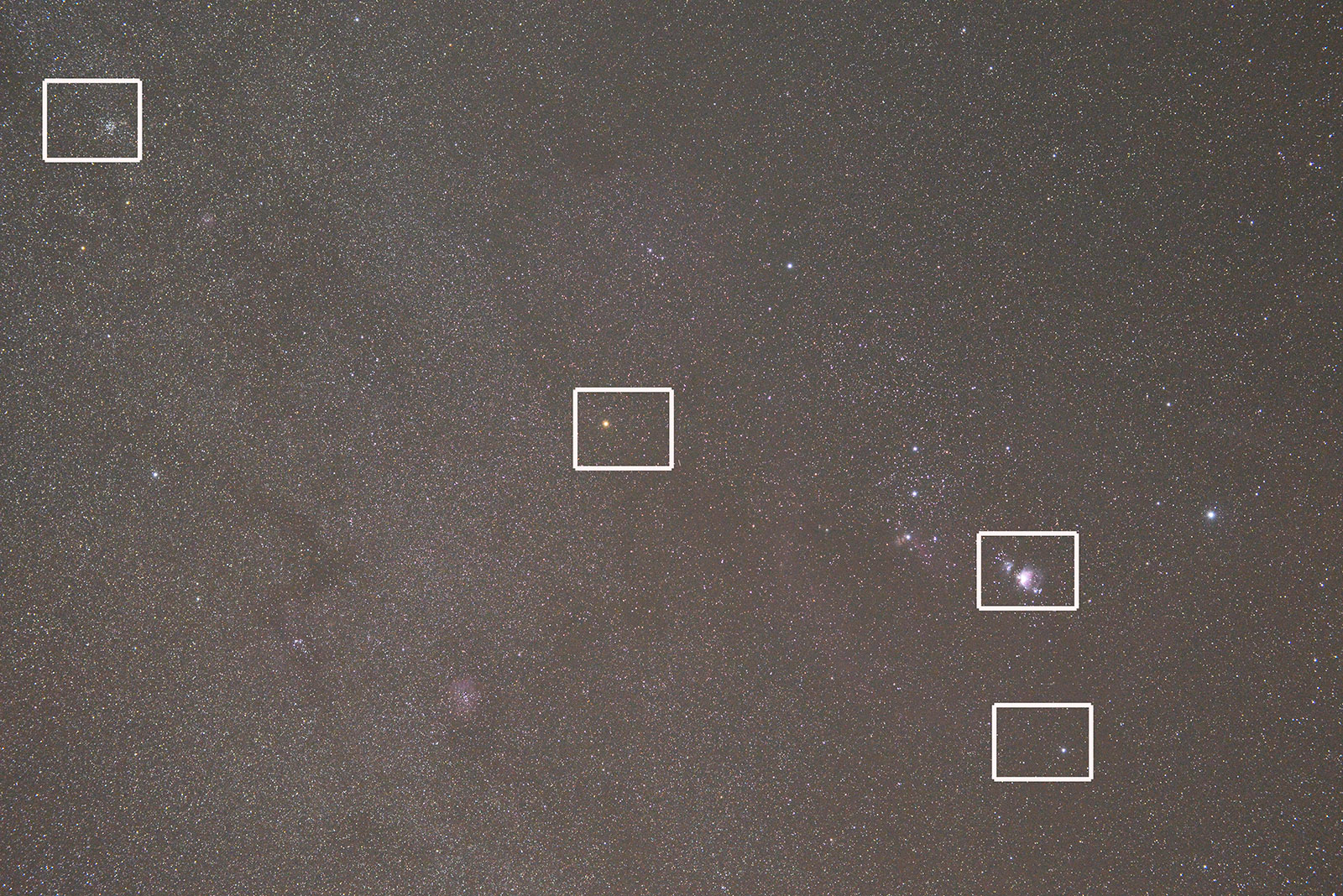 The lens shows pretty decent results from base aperture. Spherical and chromatic aberrations are under control and they could hardly visible at f/2.2 and above. Also Sharpness distribution is uniform even at wide open diaphragms. The contrast of extended deep sky objects like Orion nebula is wonderful right from base aperture. Notice the darker background of the first images on far left corners are due to vignette of wide open apertures as investigated before.

Let us looking more closely at another specifications of the lens on reproduction of point light sources especially bright ones. With 9 blade diaphragm installed on opera 50mm F1.4 FF, the diffraction rays around bright stars form a pleasantly pattern as demonstrated below.

Tokina incorporate cutting-edge coating technologies for this lens so it is expected to resist well on ghosts and flares. The results shows that it is happened even under critical conditions as the following images. The following image captured right after moon rise at the edge of mountain, even the shadow of mountain could be seen across sky, but no flares or ghosts show up! 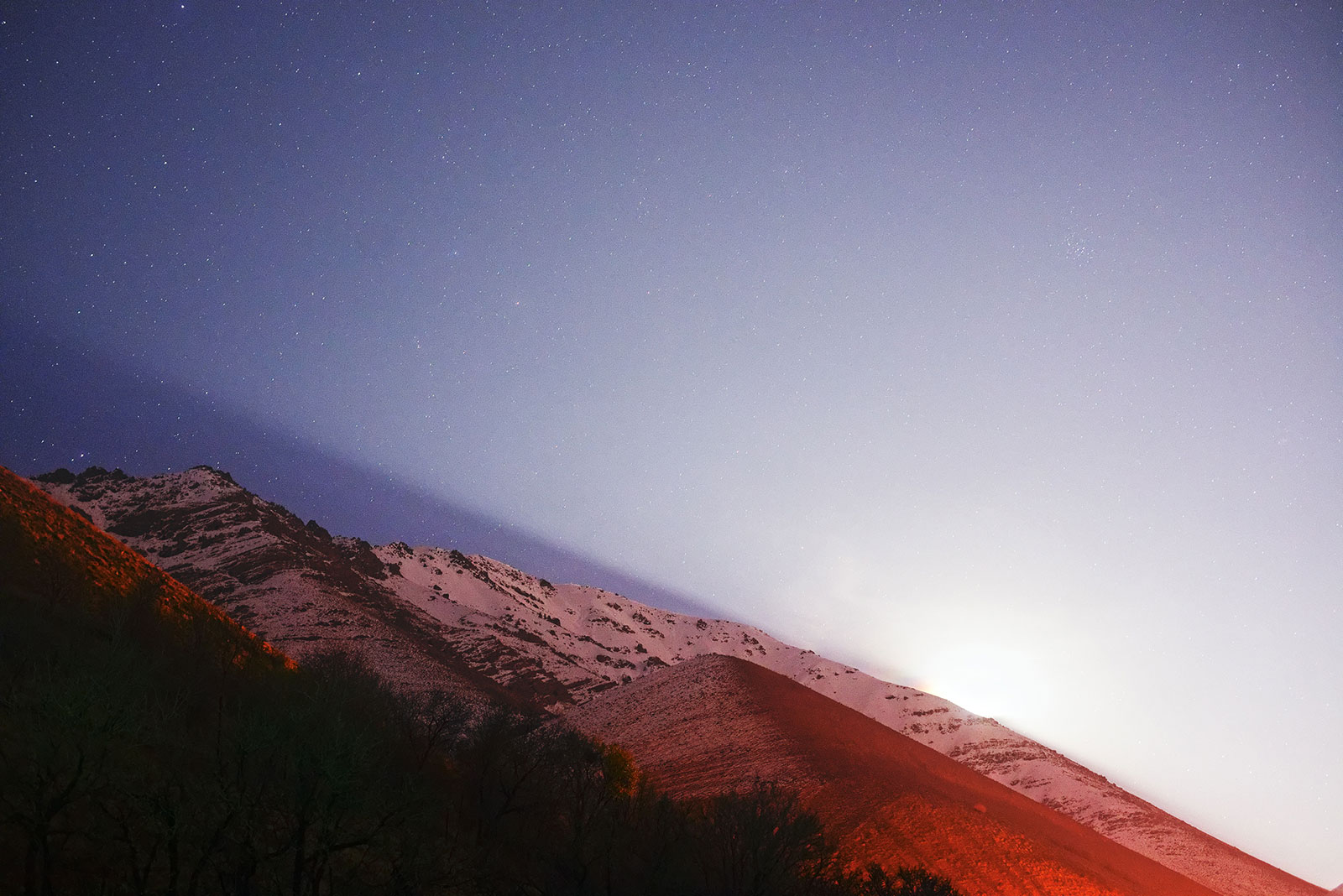 Furthermore, once more I composed the moon off-centered to examine ghosts and flares on the following critical composition. There is a small ghost on the opposite side of the moon which could easily correct on post processing. The contrast of image is not affected in such conditions at all by all tests I've done so far in day and night. 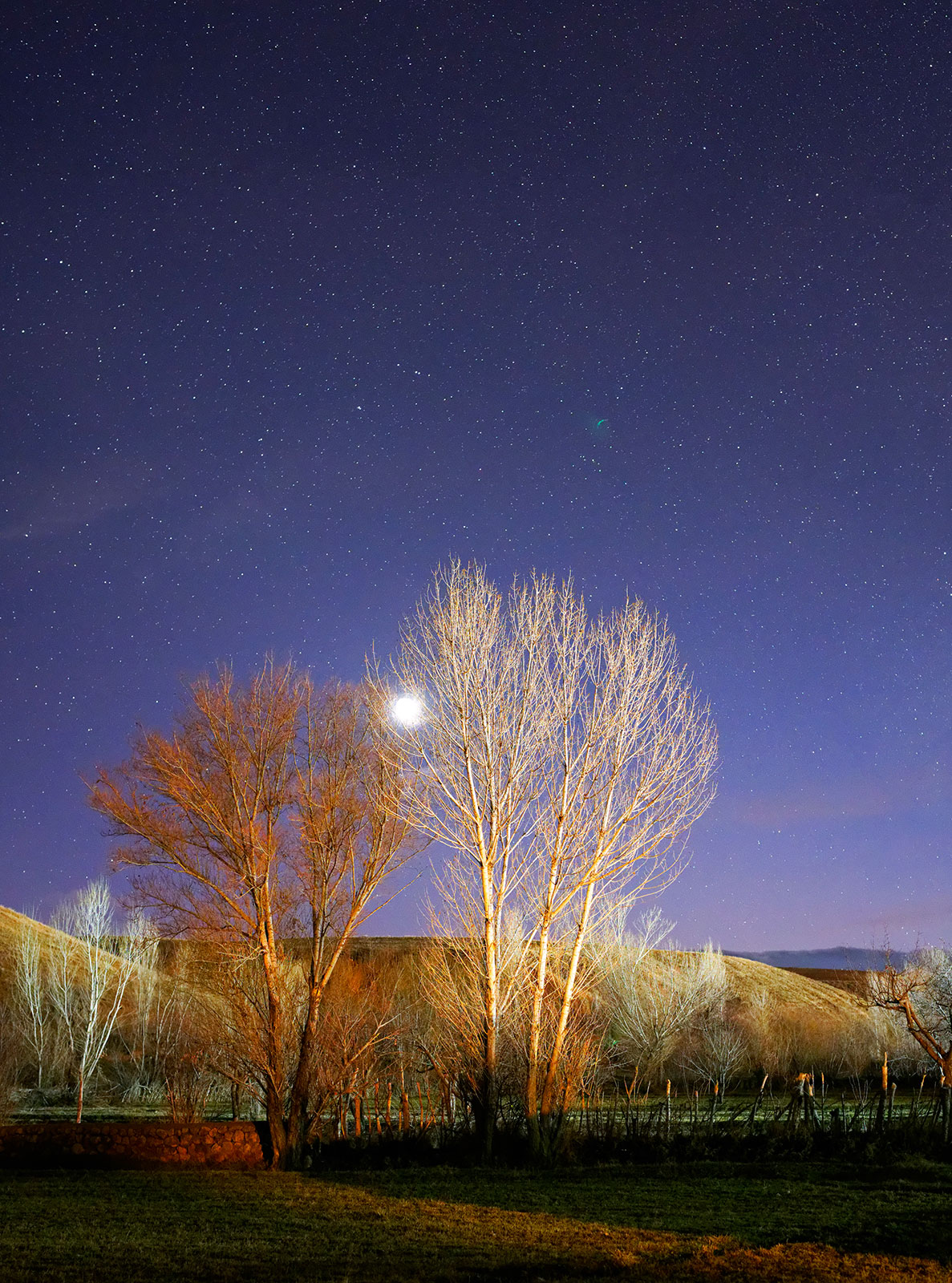 Apart superior optical characteristics of opera 50mm F1.4 FF, Tokina promises a very robust lens which incorporates dust and weather sealing under extreme conditions that is also very important for astro-photographers looking for a reliable go-to lens. For the images of this review, I have traveled 4000 kilometers in different places and climates of my country. From freezing cold winter nights at Alborz mountains in the north to moist weather of Gheshm island in Persian Gulf at south of country, opera 50mm works flawlessly.

opera 50mm F1.4 FF is a solid performer in wide varieties of Astro-photography. It could deliver very good image qualities open wide with incredible light gathering power. If you look at widest usable aperture of this lens by very high standards of optical performance, f/2.2 could create sharp contrast images of night sky objects with barely visible aberrations. The performance even improved by closing the aperture up to f/5.6. 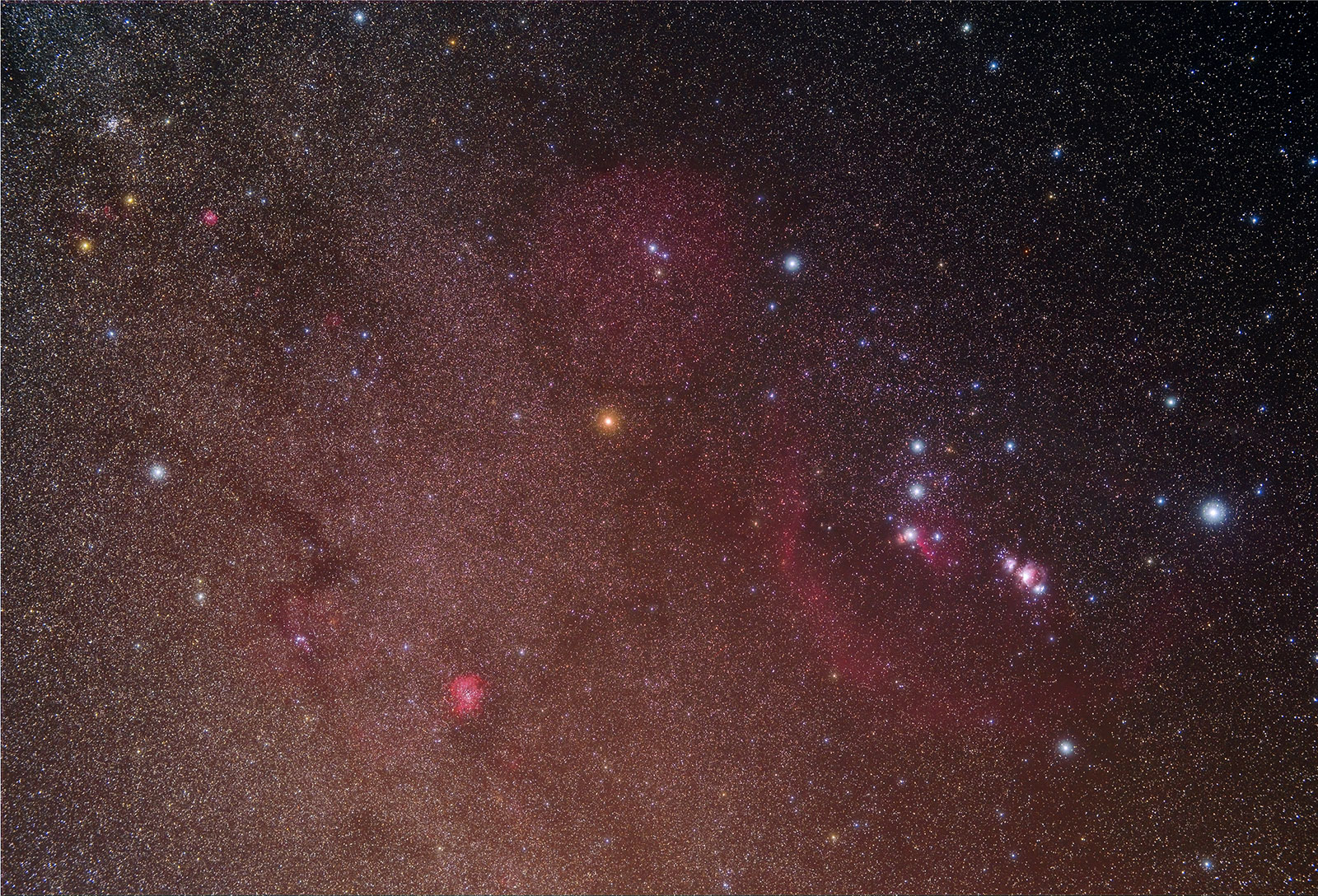