In the current photographic market, the number of 50mm prime lenses supporting a full frame size is so high that choosing the right lens can be puzzling for more than a few people.

By comparing prices, there may still be a more than 10x difference between one model and another, and even if we opt for a size comparison, the difference may be as much as between a sight-seeing bus and a minicar. The feeling is that there are too many products and they are all mixed up. So I tried to sum up the different options by categorizing 50mm lenses basically under the following 3 groups.

There are also other models, but most of the lenses will fall somewhere in the three groups above. The opera 50mm F1.4 FF, recently released from Tokina, is by no mistake a high quality lens belonging to third group, and here is why. Unlike those models belonging to the first group, this lens performs a superior correction of any optical aberration while incorporating the latest technologies on the market. Also, unlike the second group, brightness is a priority over portability.

Nowadays the most coveted is the third group and each manufacturer is sharpening its sword to enter this group with its most prestigious masterpieces.

Among them, we can look at this opera 50mm F1.4 FF and its various merits. The lens E/G construction is 15 elements in 9 groups, and it does not follow the Gauss type consisting of a bilaterally symmetric optical system. The Gauss type is a traditional lens configuration system that has been regarded as the basis of standard lenses, but its outdated basic design is too much a weight on the shoulders in this 50 million pixel digital era. For this opera 50mm F1.4 FF, on the contrary, a new lens configuration has been developed through the most updated optical simulation systems. Both high resolution and a beautiful bokeh effect, that are ideal for a 50mm prime lens, coexist in this lens. What's more, even distortion aberration, which is particularly difficult to correct, it's suppressed to a level that cannot be seen by the naked eye.

Actually, when holding this opera 50mm F1.4 FF, the lens body is not small and the lens barrel is all in all quite long. However, there are reasonable grounds to choose this design, that is, to achieve a higher image quality by arranging the optical elements in a roomy and spacious way. A compact lens is excellent in portability, but to do so, the necessary drastic light refraction is optically impossible, and low image quality on the peripheral area, as well as image distortion, is likely to occur. Also, it is true that aberration could be more easily suppressed with a smaller aperture, but at the same time this put some limitations on the F value.

Especially at 50mm, any slight difference in the F value can affect the bokeh. That's why the design philosophy adopted by opera 50mm F1.4 FF makes perfect sense.

I would like you to read my on-the-spot impressions in caption for each photo, but I might add that, despite I drew out the full power of the 50 million pixel of the DSLR camera used this time for these photos, I feel the lens can give more. Although I have used various types of 50mm lenses in the past, opera 50mm F1.4 FF is an exception among these, and it definitely belongs to the top class of the 50mm lenses currently on the market. It goes without saying that it is ideal for those veterans who already know the lens thoroughly, but I also want to recommend this one to those who are resolute to go for a prime lens from now on. In fact, though in terms of price this is not a cheap lens to start from, its flawless optical performances make it even easier to use than other more beginner-friendly models, and skill-ups to go faster. 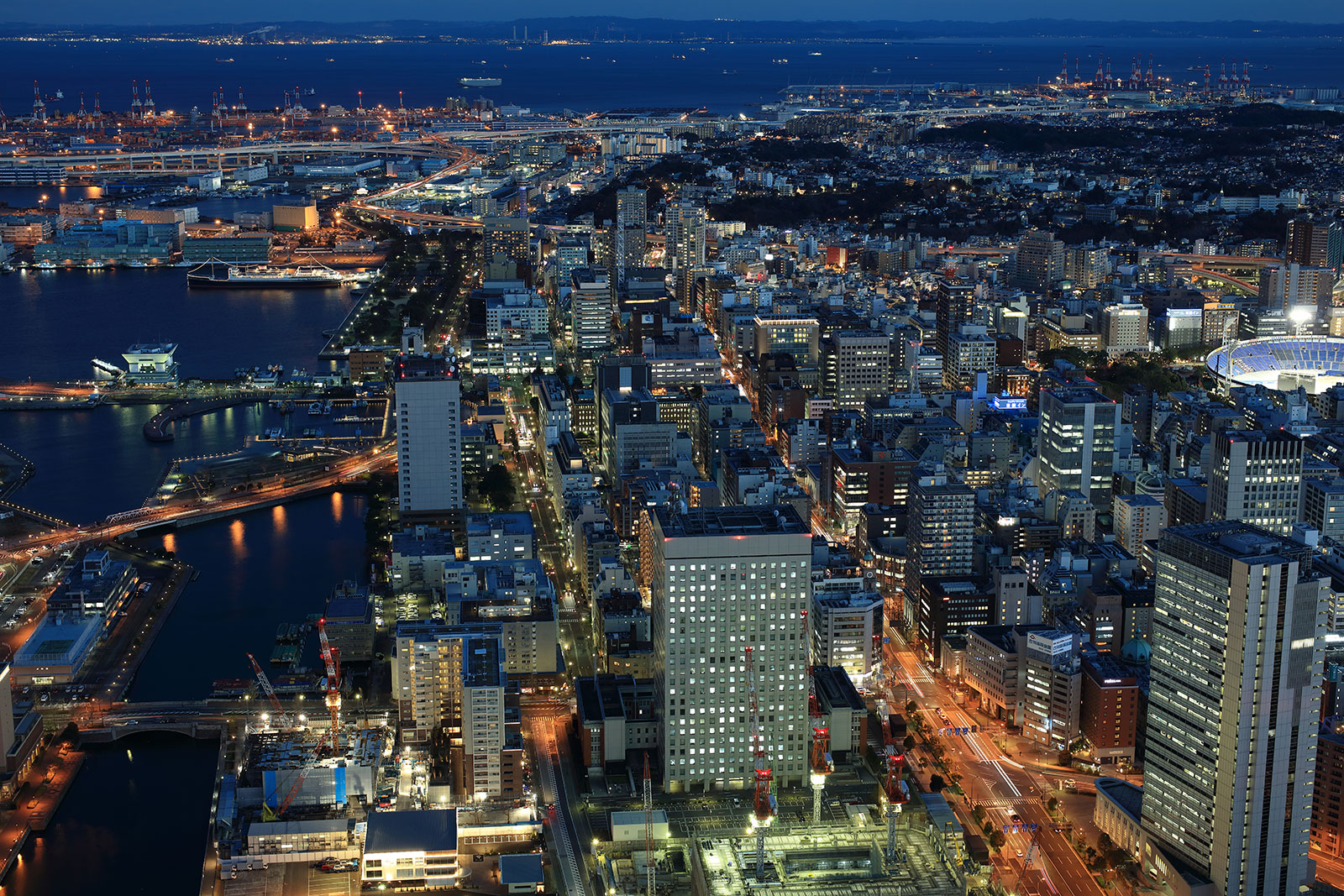 A beautiful night view taken from Yokohama Landmark Tower. The sea in the image is from the Tokyo Bay and the lights on the other side are near Kisarazushi, Chiba Prefecture. In nightscape photography, usually composed of different light sources, more than a few lenses have to be narrowed down at around F8 in order to bring out a good resolution. On the contrary, with opera 50mm F1.4 FF, as optical aberration is extremely low, selecting a large aperture is not necessary and even when narrowing down to F4 a high resolution will be preserved, from the foreground to the light sources on the background. As narrowing down the aperture becomes unnecessary, it is also possible to prevent a significant decrease in the shutter speed and increase in ISO sensitivity, so to capture clear and sharp night scenes. 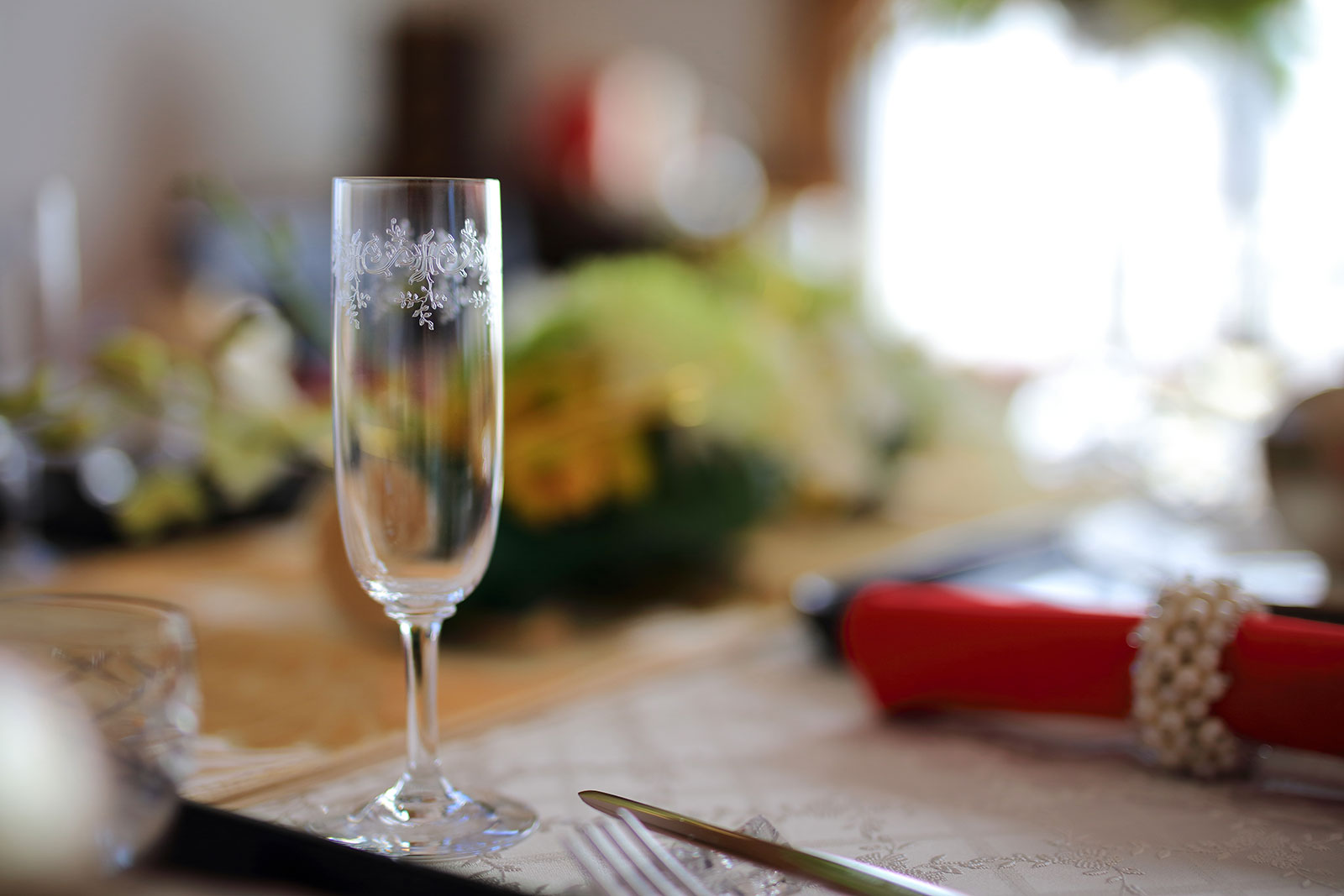 This picture is the right one to show you what you can get with fast lenses. A large and soft bokeh comes out on the background and the flute glass emerges as the main subject on the foreground. The main point here is that the bokeh is overlapped in numerous layers, but even so, being very soft in shape, the final image is not overloaded. Generally, the size of the bokeh is determined by the F value, and becomes larger when the aperture value is smaller (brighter). However, as the quality of the bokeh is also related to the lens design, even at the same F value, it doesn't mean that such beautiful bokeh effect can be obtained with other lenses as well.

The thing that mostly worried me when shooting this scene was the axial color aberration, which is characteristic of wide aperture lenses. Particularly in this case, axial color aberration is likely to occur in set with spherical aberration (blurred image), which can often markedly deteriorate the image quality. These aberrations can be suppressed by narrowing down the aperture, but if you do so, all the soft bokeh on the background will be lost. What a brain-teaser! opera 50mm F1.4 FF, on the other side, comes in an ideal lens design that incorporates three low dispersion glass elements, and can thus effectively correct all these aberrations. Even close to maximum aperture, the image will be sharp without chromatic aberration, so you can still enjoy having bokeh on the background and effectively express a good three-dimensionality of the overall image. 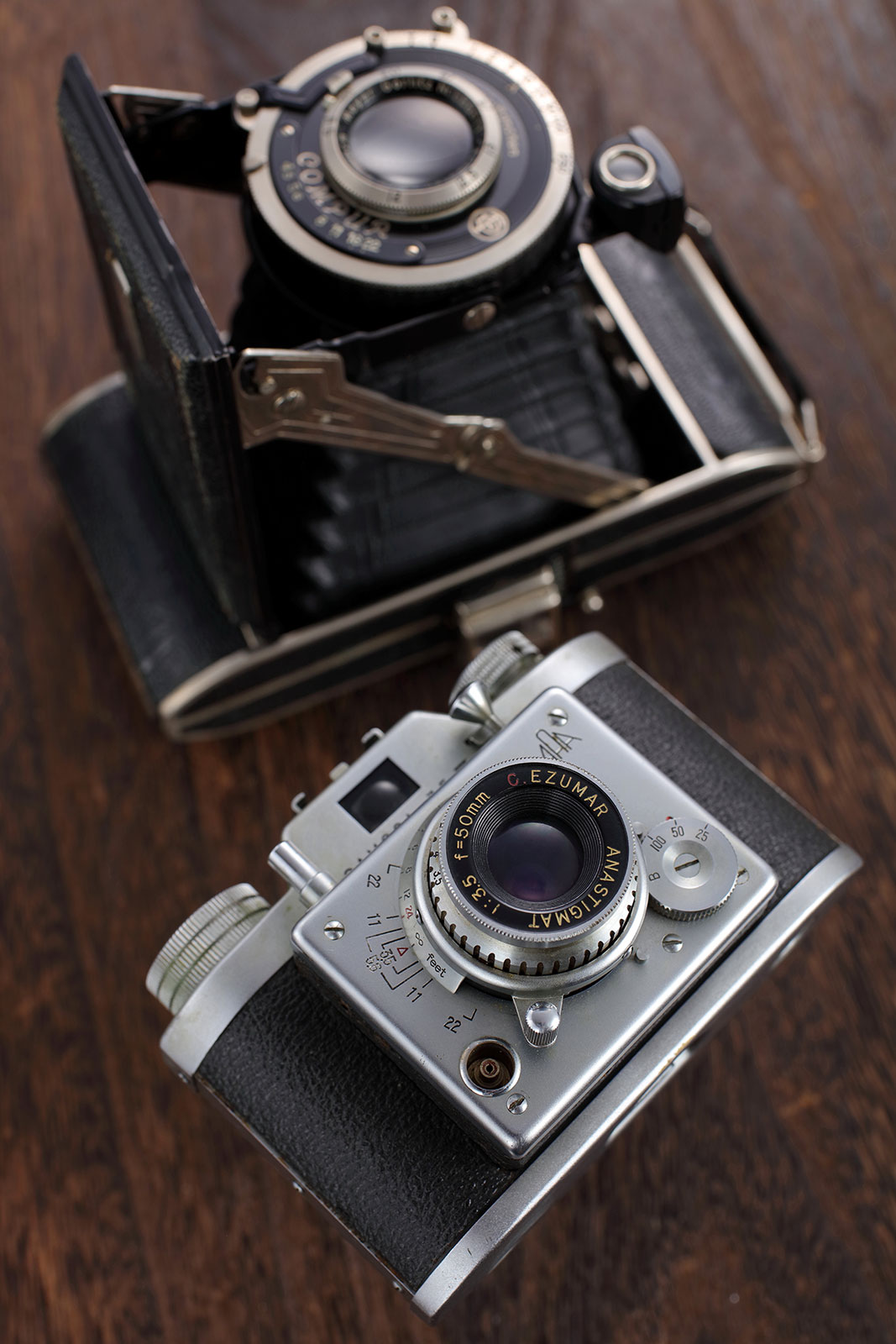 With 50mm lenses adopting the traditional lens configuration, to shorten the minimum focusing distance is quite difficult, because the lens extends when focusing. However, the focusing system of opera 50mm F1.4 FF is of the internal focus type. The focusing elements group drives force so as to suppress aberration fluctuations while approaching on the object you want to focus on. Therefore, while achieving the 0.4m shortest focusing distance of top class lenses, the image quality is remarkably good. In addition, the driving system of the lens incorporates a newly developed ring-type ultrasonic motor that allows precise focusing in millimeters, and thus makes possible to express the most various and delicate nuances according to the depth of field.

The seagull in this picture looks extremely three-dimensional, as if directly seen in the flesh. This depiction is made possible by balancing an extremely shallow depth of field and the background. If you carefully look at the image, you can see how only the front of the seagull's head and body are in focus, while the contour has already begun to blur. This visual effect makes this portrait of a seagull to look rounded, generating a realistic three-dimensional sensation. Also, the amount of background information increases thanks to the angle of view that is so peculiar of this 50mm lens. As an overall result, you can understand at first glance the scene in which this photo was taken, and feel as if you were almost there. 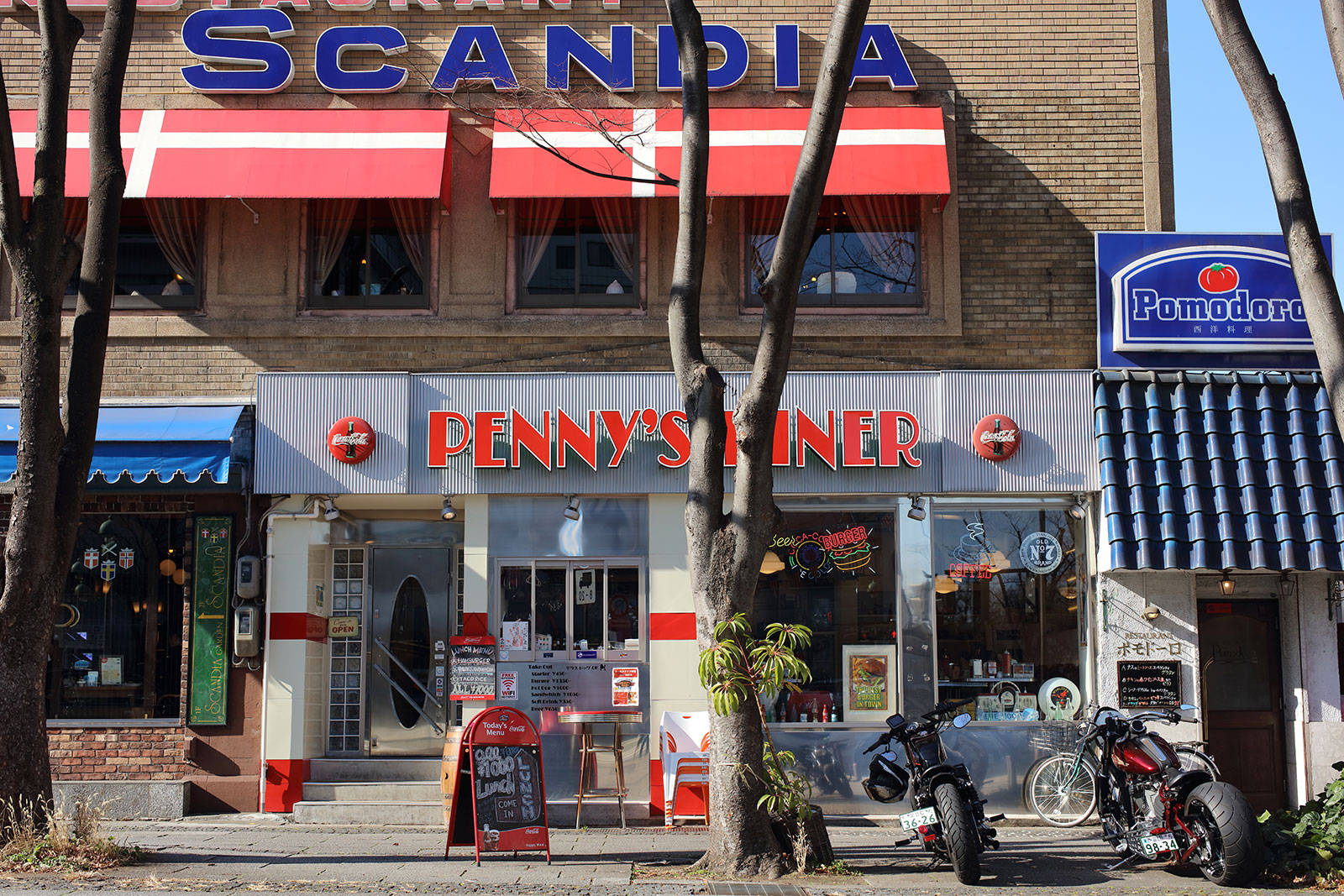 The part I would like you to pay attention to in this image is the very low distortion on the edges. Correction of distortion is more troublesome than other aberrations as, when excessively corrected, it will affect the field curvature. That is why for most of the lenses on the market a certain amount of uncorrected aberration is somehow tolerated. By incorporating an optical structure of 15 elements in 9 groups, the opera 50 mm F1.4 FF refracts light and corrects the distortion almost completely, without needing anything more than its "basic" force. As you can see from this image, the straight silhouette of the building on the left upper side is neatly captured. As no digital correction will be necessary, the subject can be accurately framed, and the captured scene will result natural and unaffected. 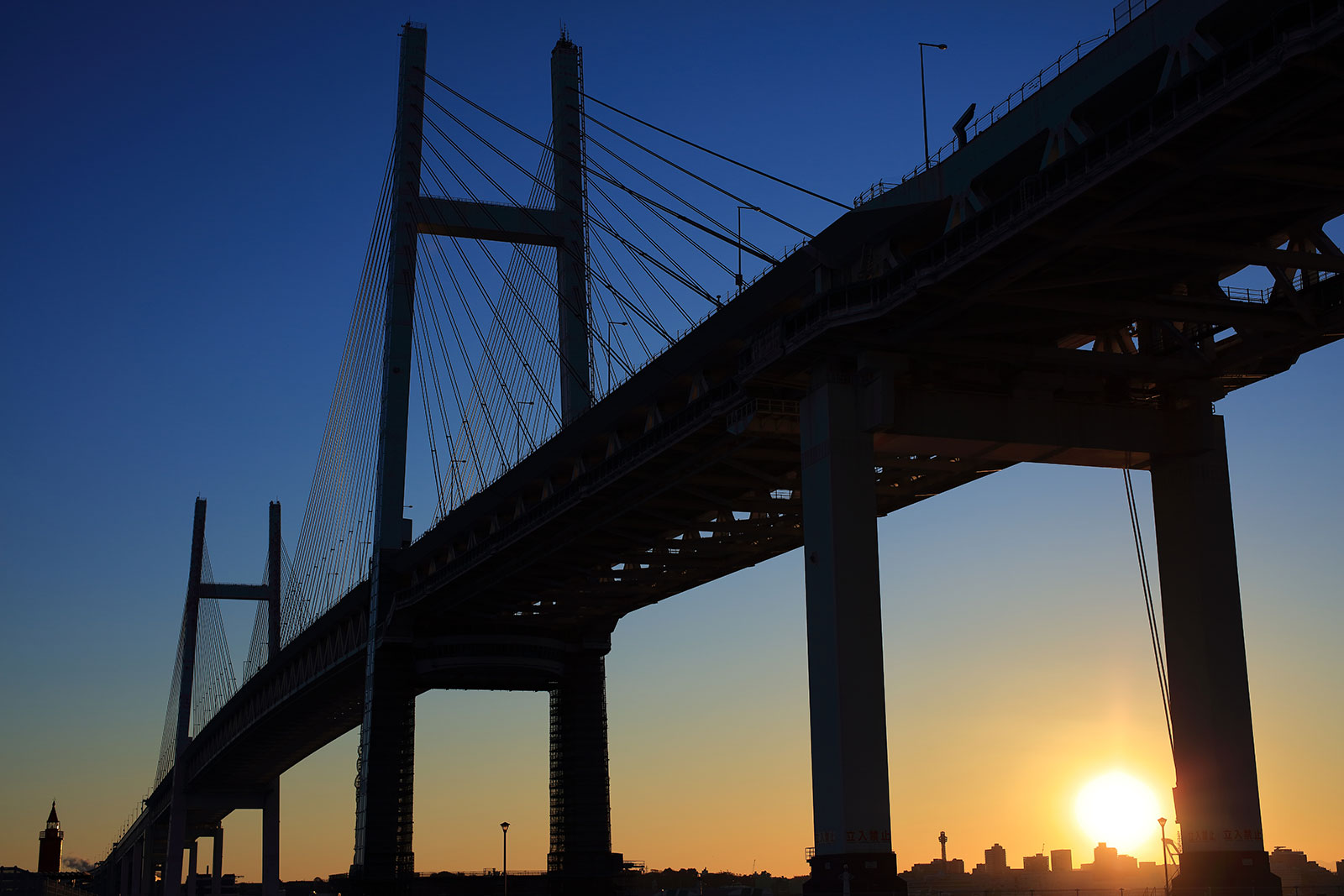 I tested this lens in capturing the sunset, and it came out without flares and ghosts. Unwanted flares or ghosts generate from the light reflections on the lens' surface. Since both sides of a lens are reflective surfaces, as the number of constituent lenses increases, a higher manufacturing technology is required. opera 50mm F1.4 FF is composed of 15 lenses in 9 groups, for a total of 30 reflective surfaces, but the combination of the newly developed ELR coating greatly reduces reflections occurring on each side. Also, it has an outstanding strength against backlight. The final image is so fine that even the dark parts are enlivened, the colors are bright and vibrant, and color gradation is astonishing.

If you would take this same picture at f/1.4 max. aperture with a 50mm lens in the old standard construction and design, the resulting image will probably be a failure. The letters of the instrument will be blurred by residual aberration, and the four corners will become dark due to vignetting. On the contrary, opera 50mm F1.4 FF proved great sharpness, even at wide open aperture. As you can see from this image, even the smallest characters can be clearly read. Furthermore, no drop in light affects the four corners, and brightness results uniform all over the image. Also, the bokeh of the light reflections on the metal parts doesn't lose its rounded shape, and thus finely overlaps, giving "softness" to the image. 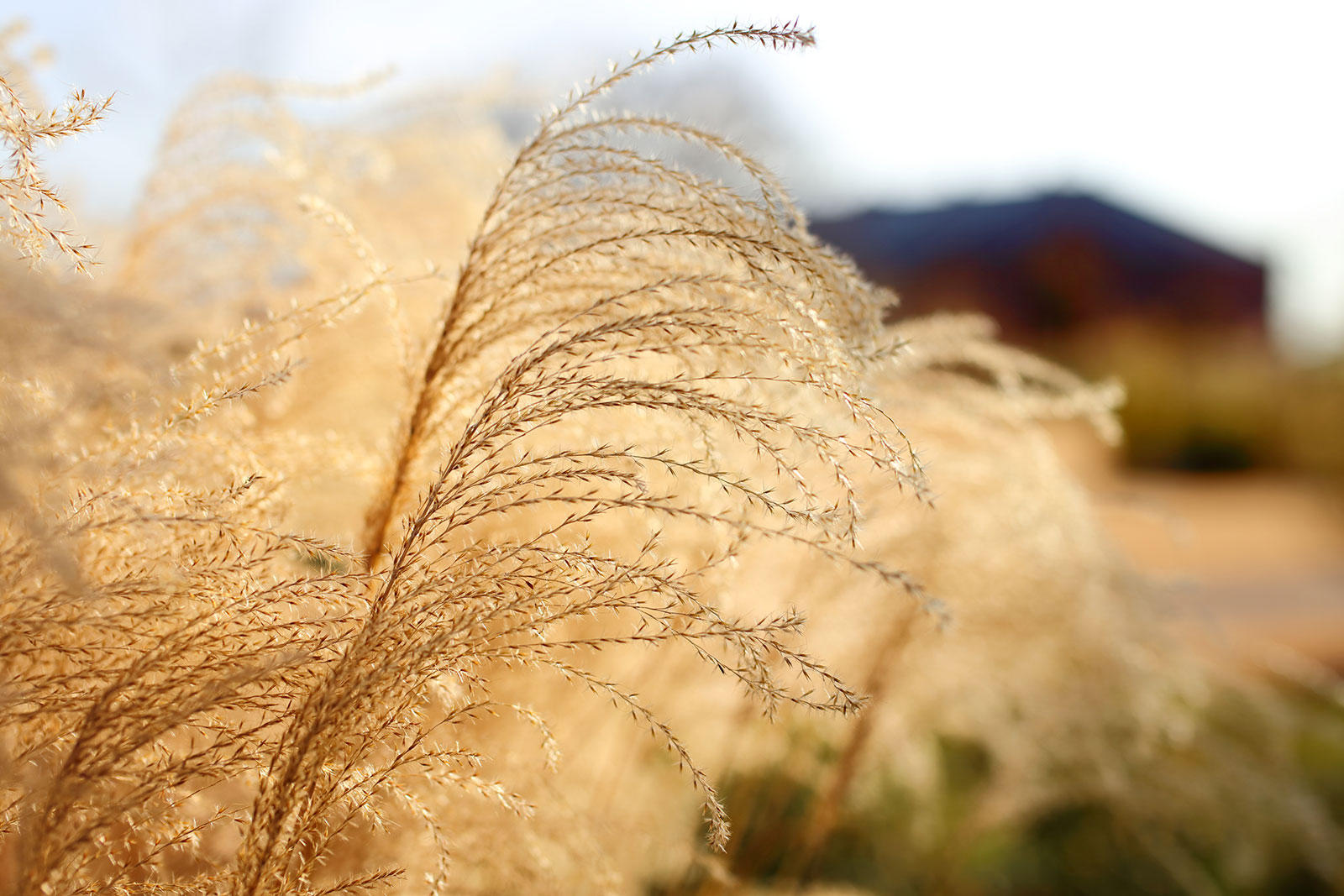 Although it may seem easy to capture, Japanese silver grass is a subject with a high degree of difficulty that demands a high lens performance. Especially with a lens that is likely to cause a double-line bokeh, such softness can hardly be expressed. The double-line bokeh is a phenomenon that causes the edge of the object we want to blur not to disappear but to form a contour instead, so that it will come out as if multiple exposure was used. It is troublesome especially when trying to blur a thin, straight object like this type of grass. opera 50mm F1.4 FF can optically suppress the occurrence of a double-line bokeh, while simultaneously achieving high resolution and a beautiful bokeh "flavor". No matter what the scene is, everybody can easily achieve it. 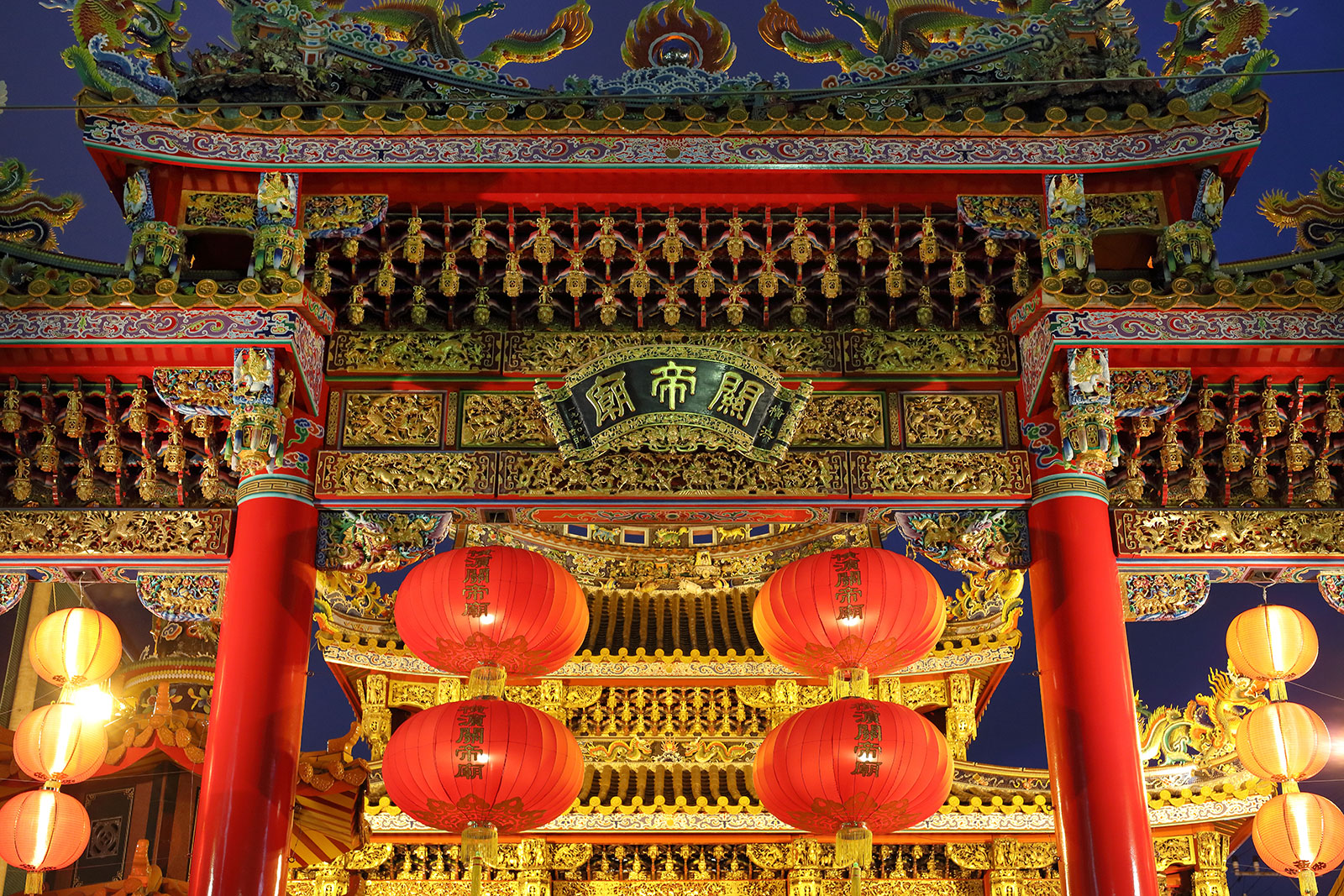 As you can see from the MTF diagram, the opera 50mm F1.4 FF performance in image quality is stable. Sharpness on the whole image is still achievable even without narrowing down the aperture. Especially for scenes like in this image, the aperture must be decided by taking in consideration how much the image quality on the corners will be affected, and the shooting situation may become disadvantageous. However, with opera 50mm F1.4 FF, I got a satisfying image quality even by narrowing down to f/5, and I could take this picture without using any tripod.

A high performance lens makes the shot itself simple.