Just a few weeks after receiving the brand new Tokina atx-i 11-20mm F2.8 CF, launched in the middle of 2020, I moved (for the second time) from Brazil to Basque Country, in the north of Spain. The Basque Country has gorgeous mountains, fields, forests but its coast attracts me (a little bit) more than the countryside. On the contrary of another Spanish beach destinations, such as Catalunia, Baleares islands and Canarias, what gains my attention here is the rocky landscape and the cliffs close to the sea. Thus, the Basque coast was a nice place for testing my new wide angle lens.

As far as I am concerned, it is still the only wide angle zoom lens for APS-C sensors with constant f/2.8 aperture, which makes the Tokina atx-i 11-20mm F2.8 CF incomparable and the best lens for low light shooting with APS-C cameras. However, I won't focus in depth on the specifications of the lens, but on my impressions after real using it for five different days, photographing both in sunny and rainy conditions. For making the series of photos presented here, it took me almost 12 hours in train and 50km of hike, which makes me acknowledge the two important characteristics of the lens: it is compact and lightweight. But let the photos speak for themselves about the main features of the Tokina atx-i 11-20mm F2.8 CF. 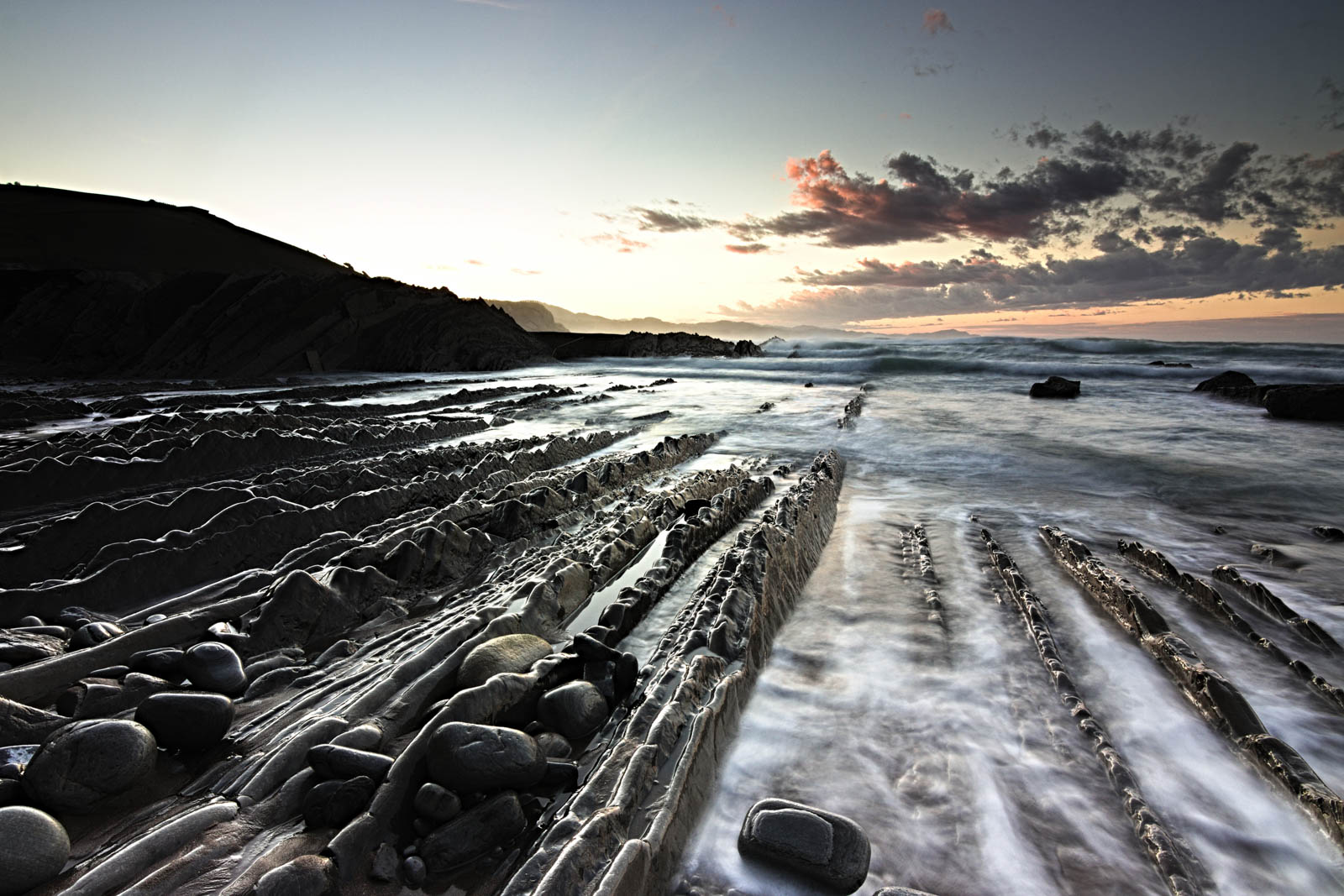 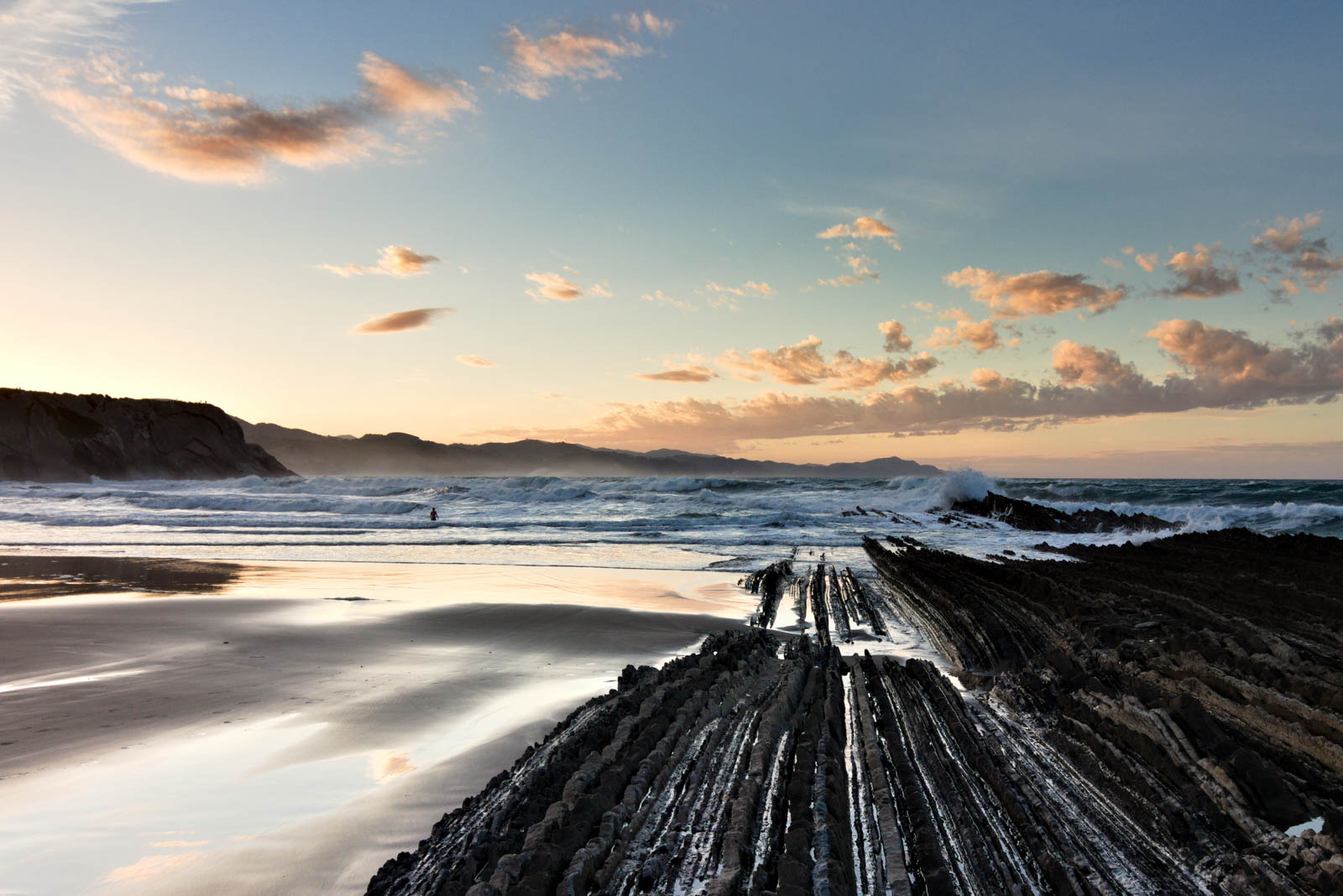 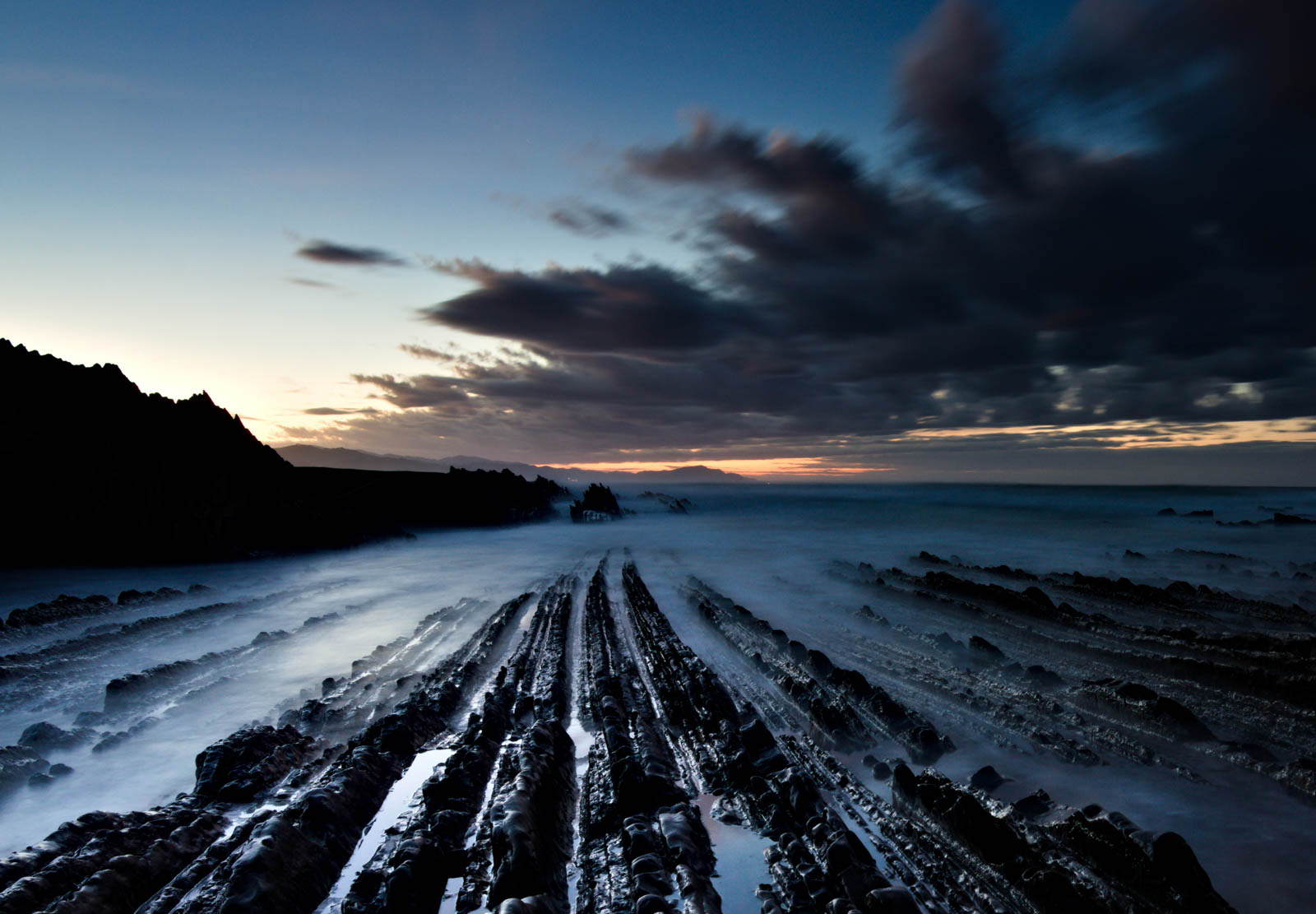 From these photos above, it can be seen that this lens deliver an exceptional optical performance for colour and contrast. Blue tones are very deep and well captured, contrasting with the balanced red tones, making the photos impressive and dramatic. This is due to the Tokina's CCI (Colour Contribution Index), that delivers excellent colours, mainly during the "golden" and "blue" hours. More nice blue skies (tough not very dramatic) can be seen in the next photos. 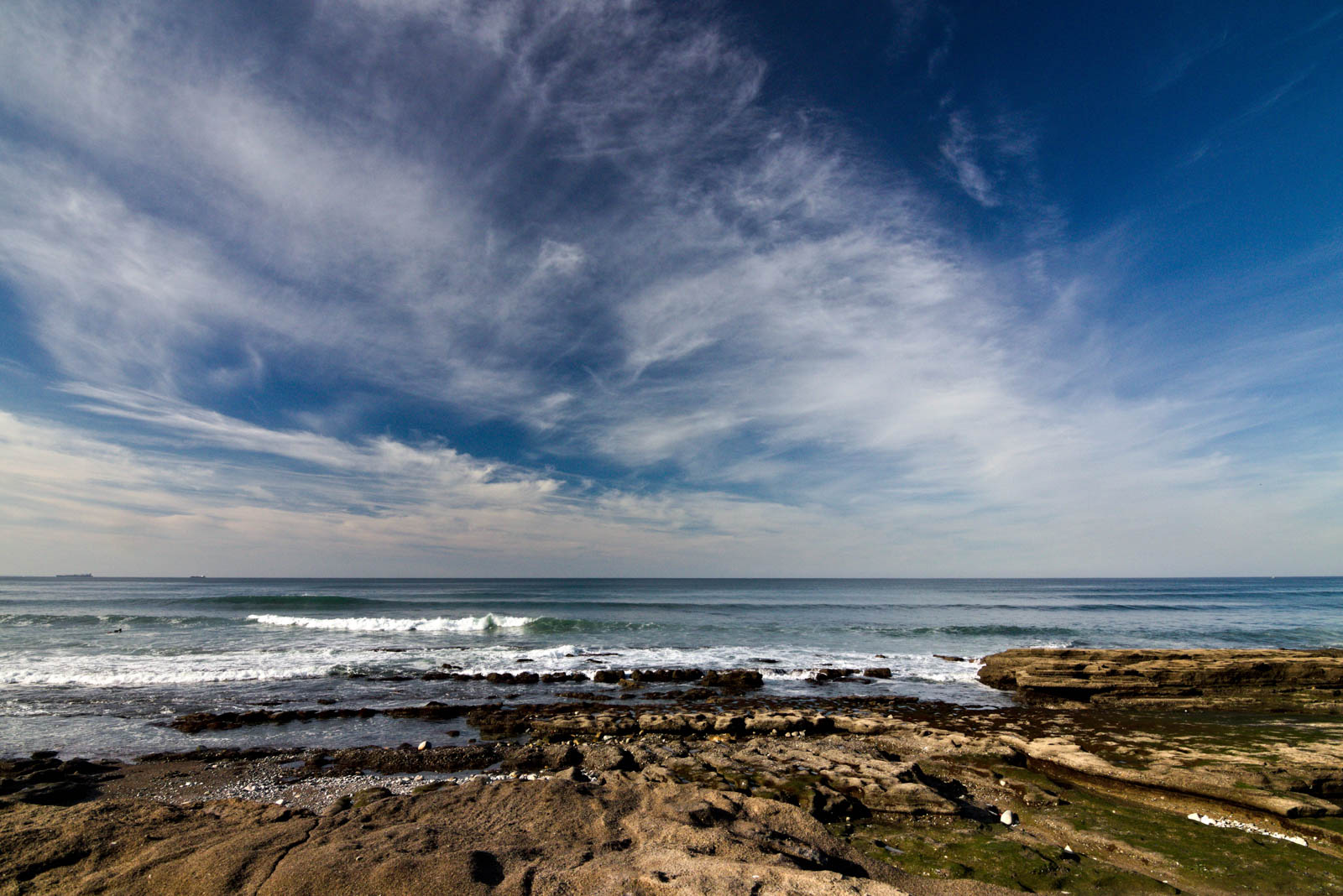 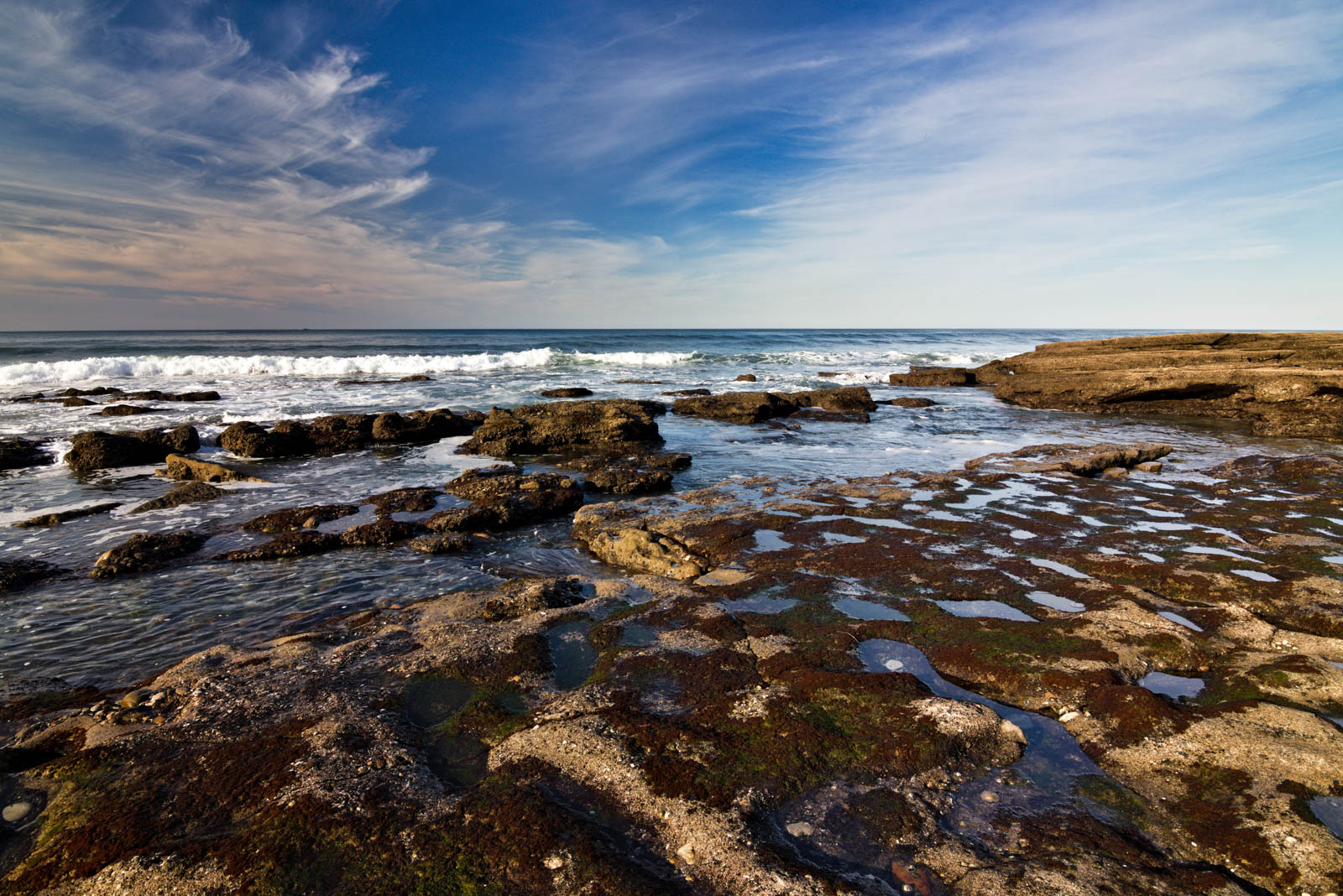 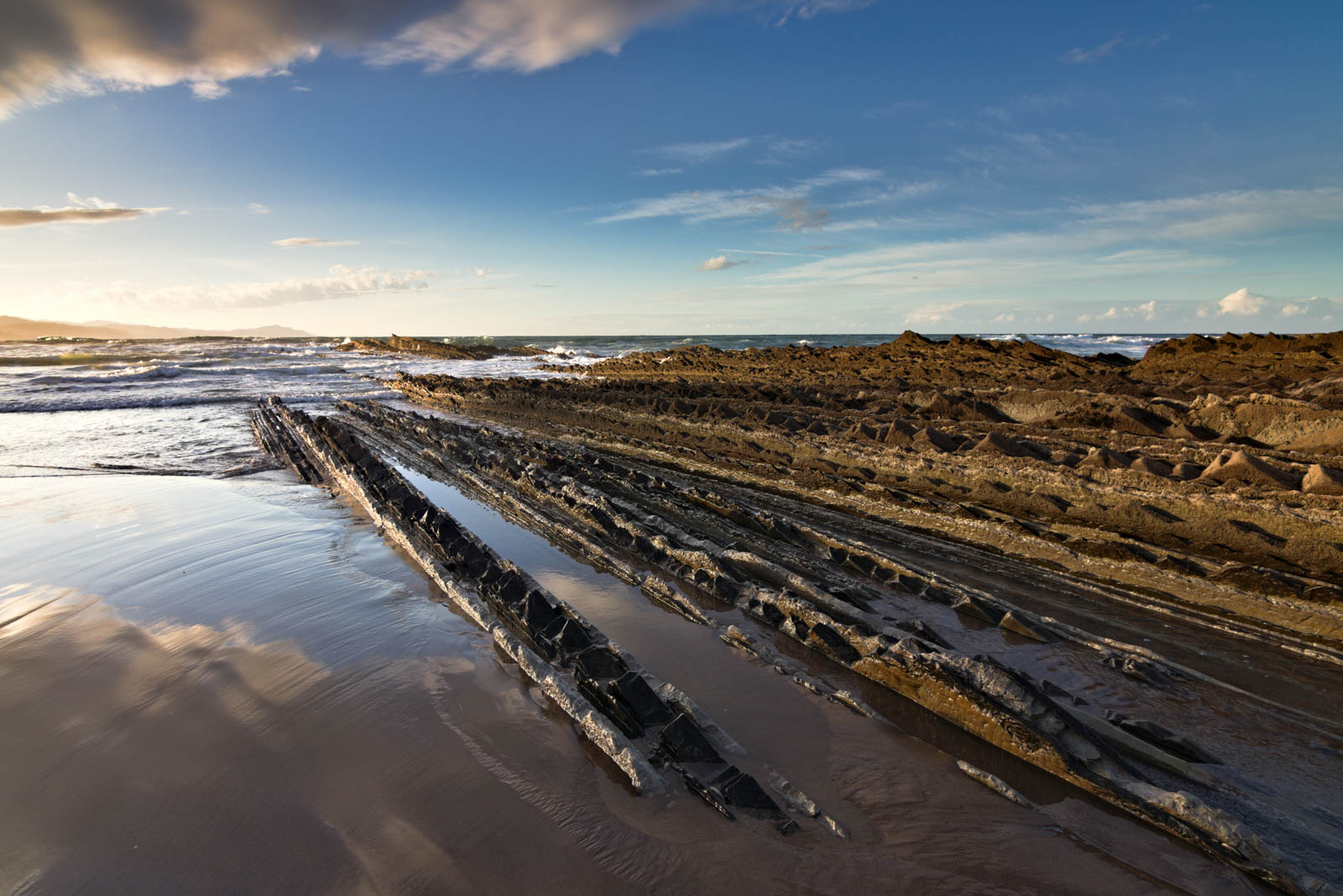 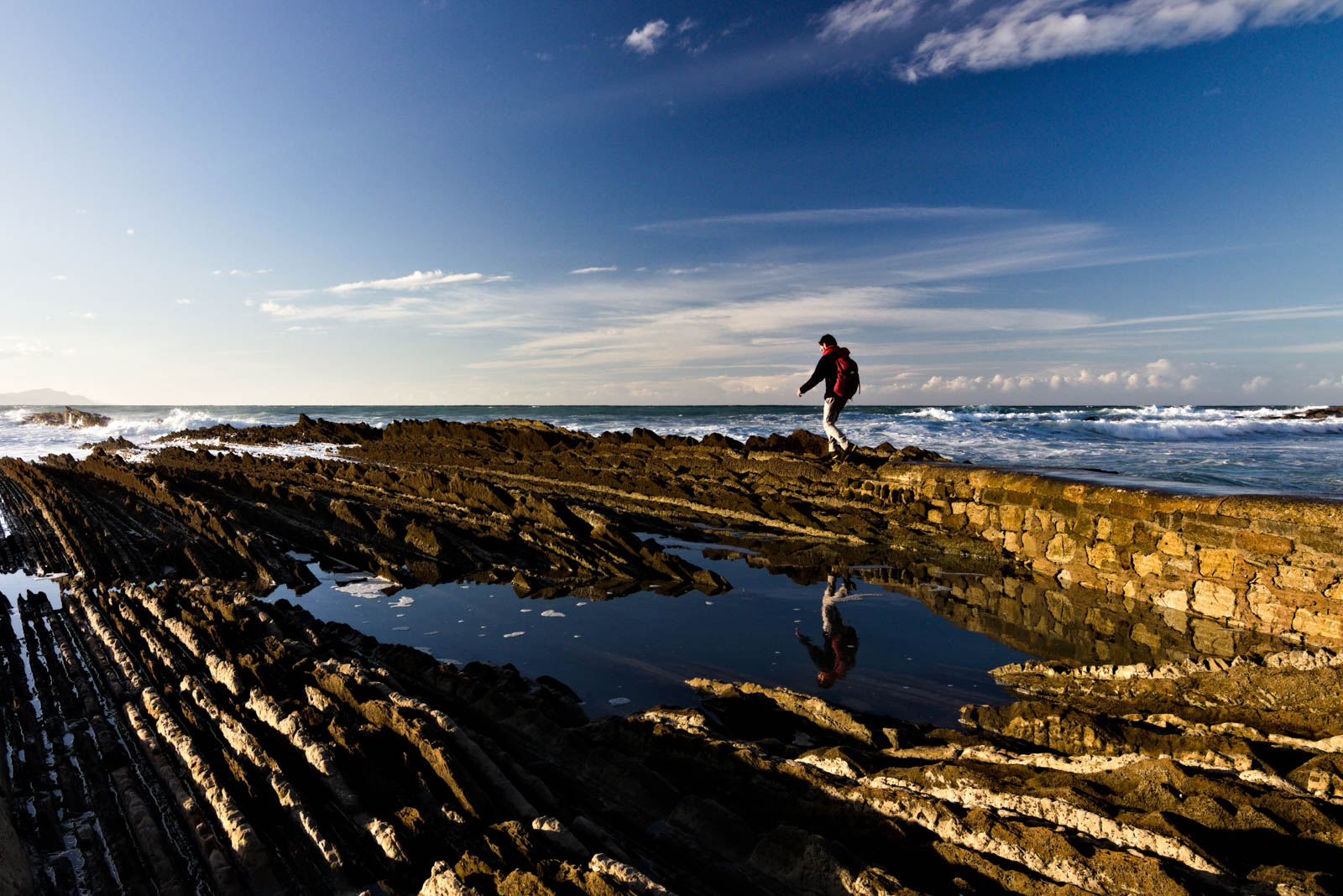 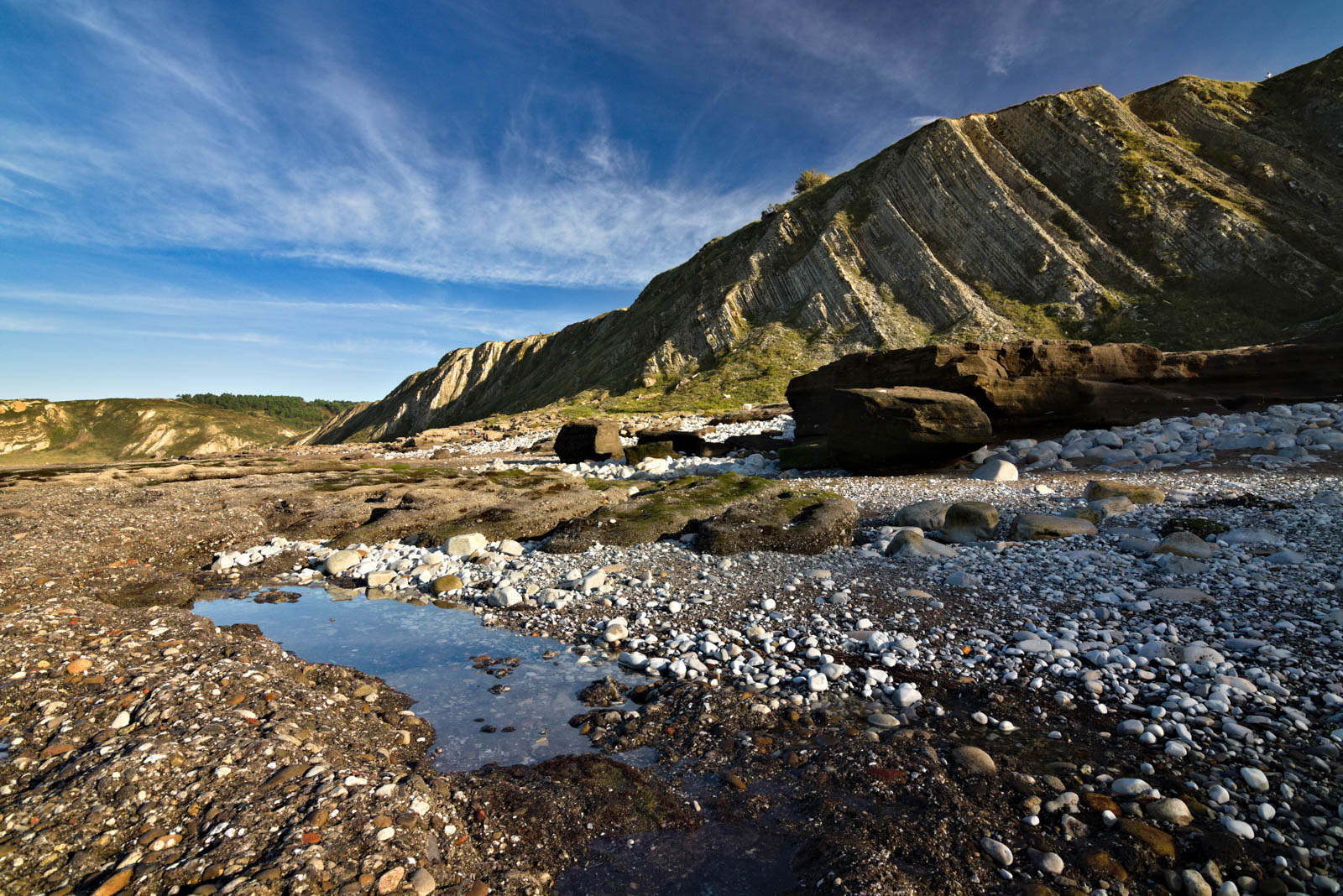 Not only the colour definition is spectacular, but the sharpness is amazing and one of the features that most exceeded my expectations. With my Canon 80's 24.2 MP sensor, the entire frame is really sharp. Unfortunately, I still didn't have the chance to print this series of images from the Basque coast in a large size, but from my past experience, I believe that they will look great when they finally come to the paper. From the next photo, I make a 100% zoom in the center and in the left lower corner to evidence the edge-to-edge sharpness of Tokina atx-i 11-20mm F2.8 CF. 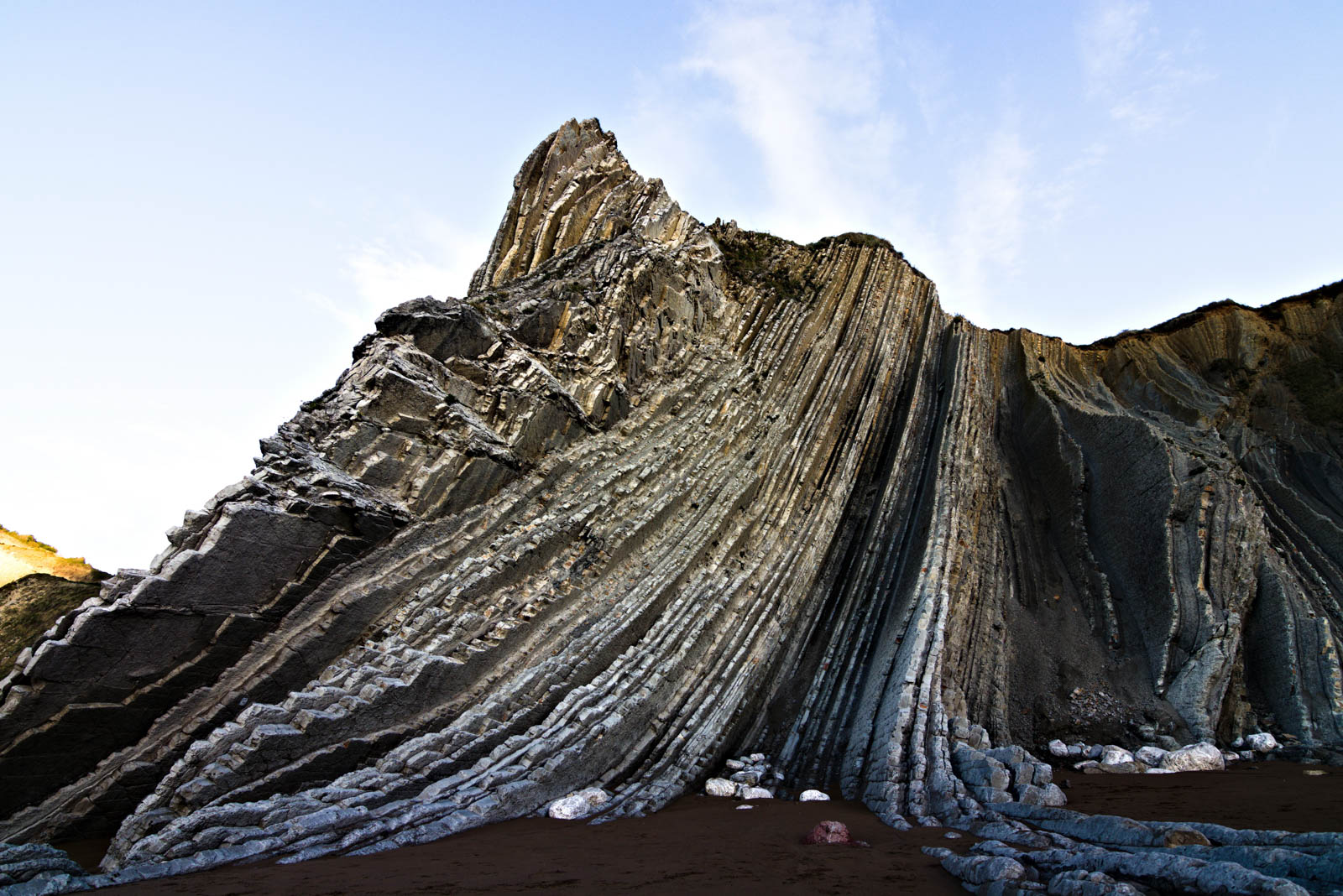 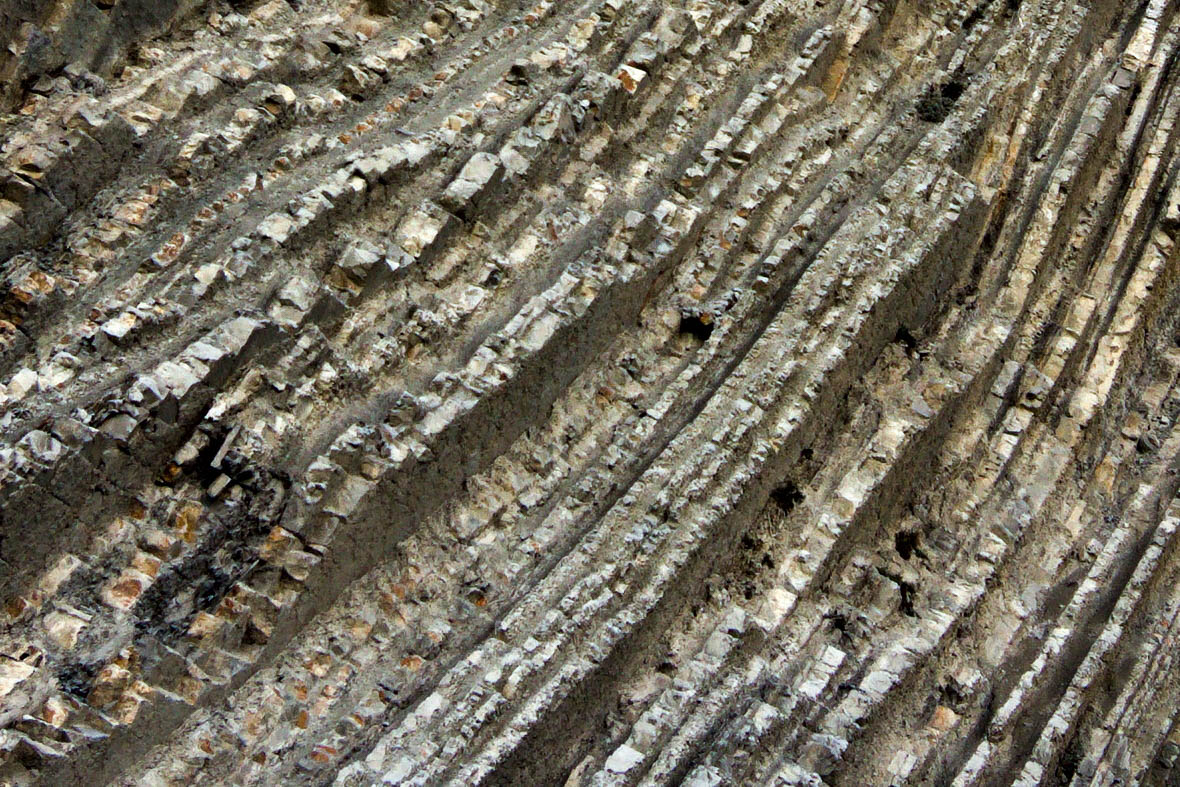 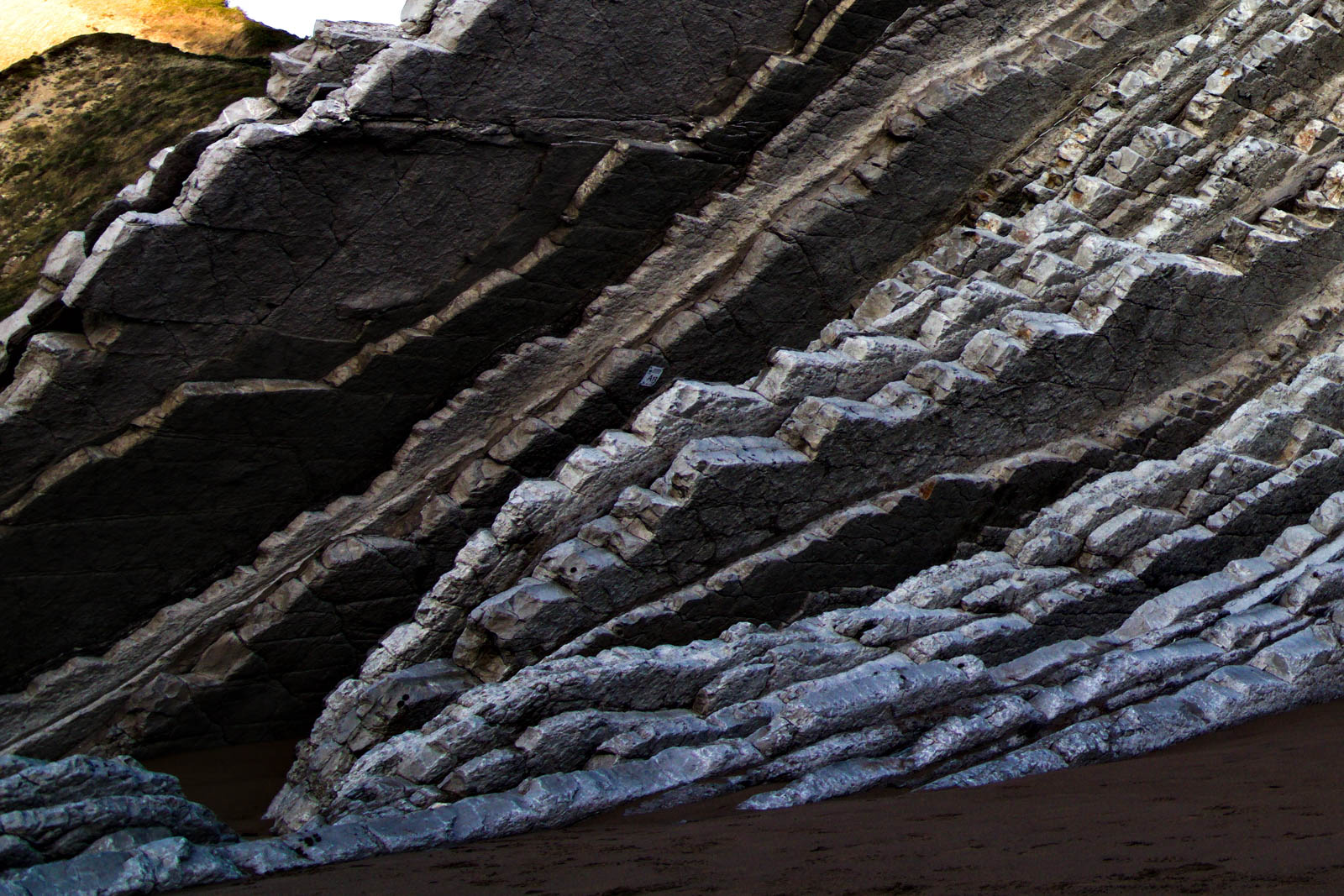 I did not mention before, but one of the most impressive landscapes from the Basque coast is the Flysch of Zumaia, an unique sequence of sedimentary rocks that tell scientists the story of the Earth. Each rock layer was formed in a different geological time and from its examination, it is possible to infer past climate, geography and forms of life, including the extinction of the dinosaurs. The Flysch is protected by a geopark, with dozens of kilometers of hikes and breathtaking views – in general more beautiful than photogenic. Definitely, the routes of the Flysch within geopark is a must go place in Basque Country, whether you are a photographer or not. 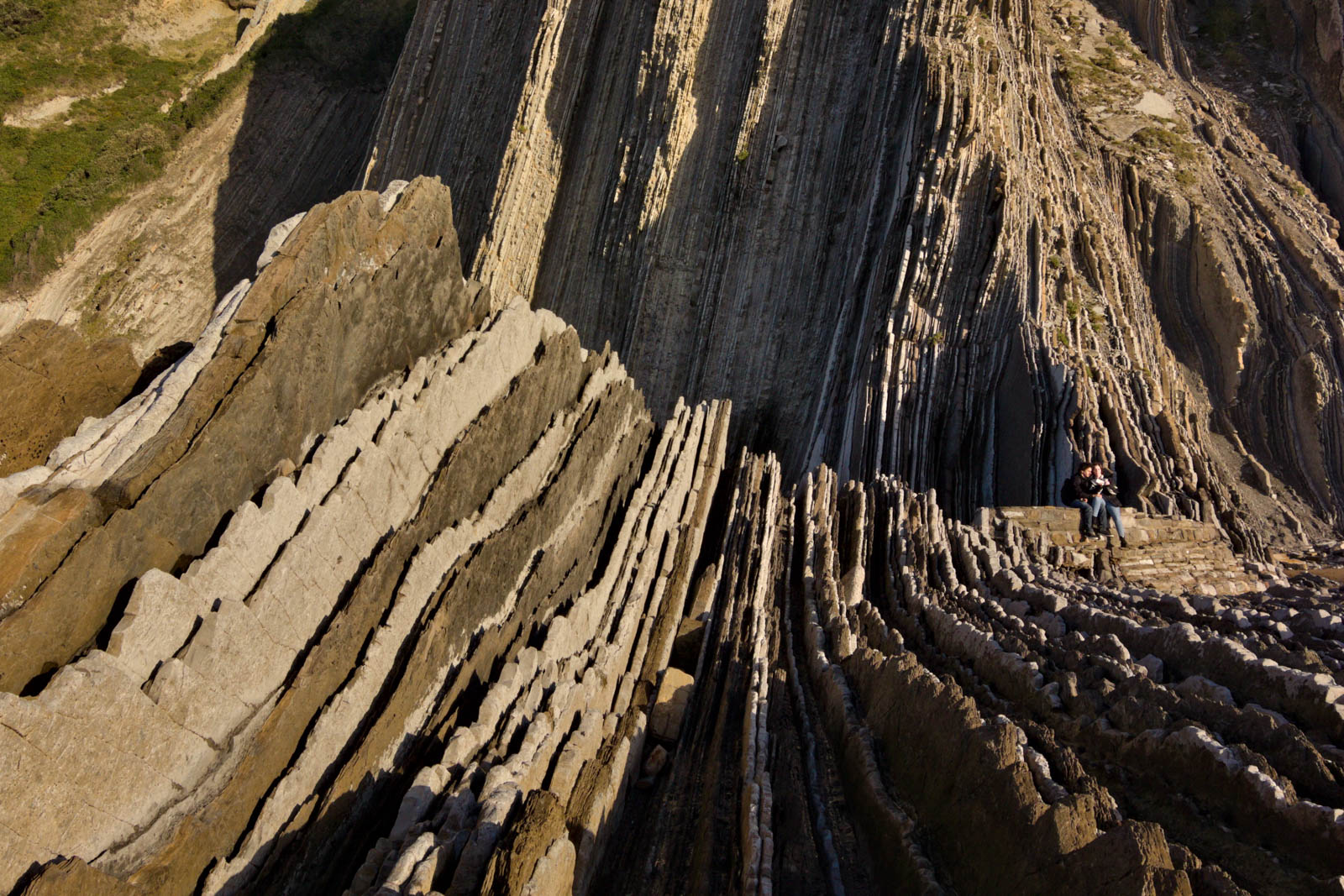 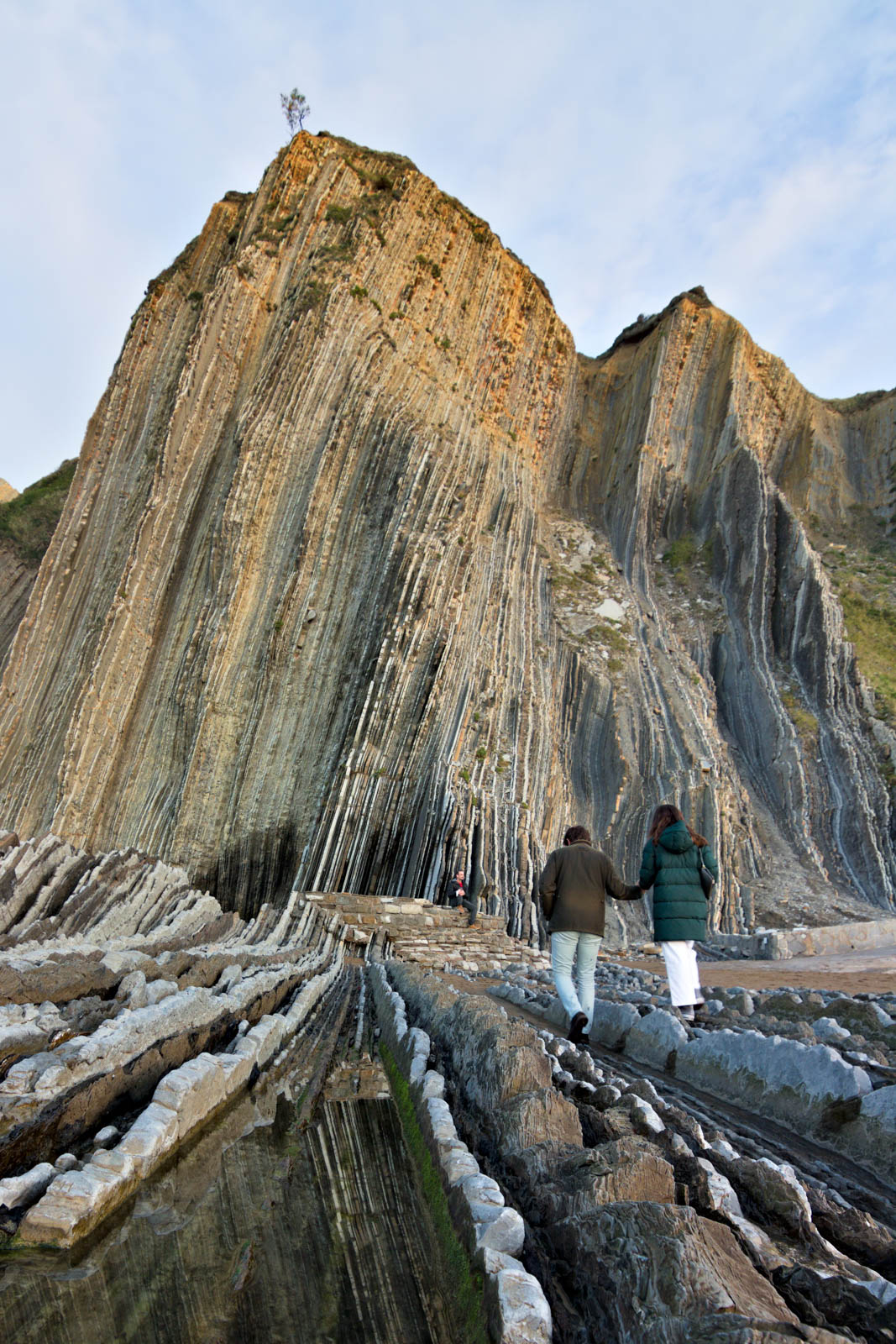 Distortion in the corners and chromatic aberration are other points that deserve attention. The distortion in wide angle lenses is normal and expected although, some are more pronounced and strange looking. Tokina atx-i 11-20mm F2.8 CF presents a well controlled distortion that allow photographers to make a great artistic use of it. Then, despite shooting with hard light conditions that create abrupt contrasting of elements in the landscape, there is too little or almost zero chromatic aberration, as illustrated in the next two images. 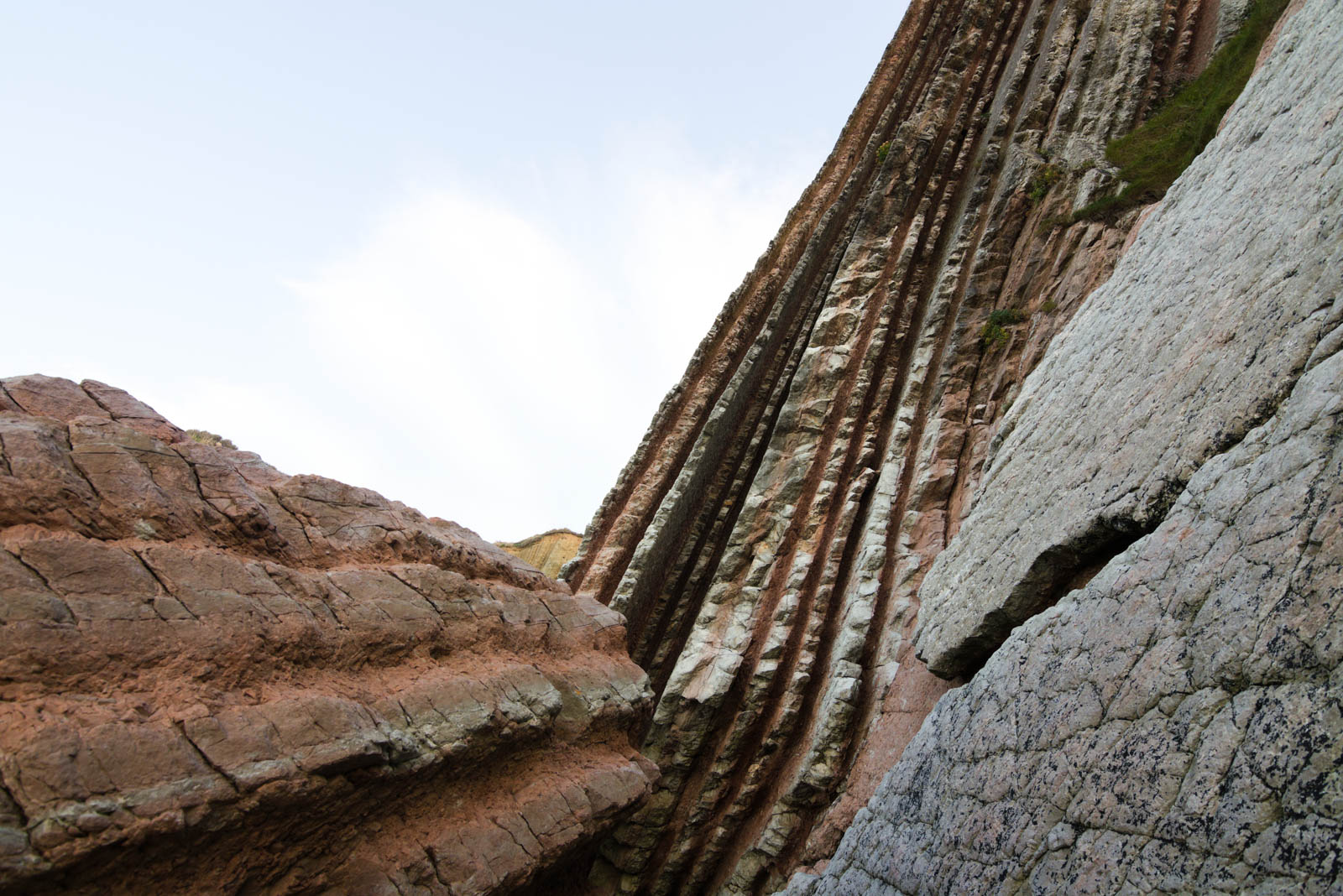 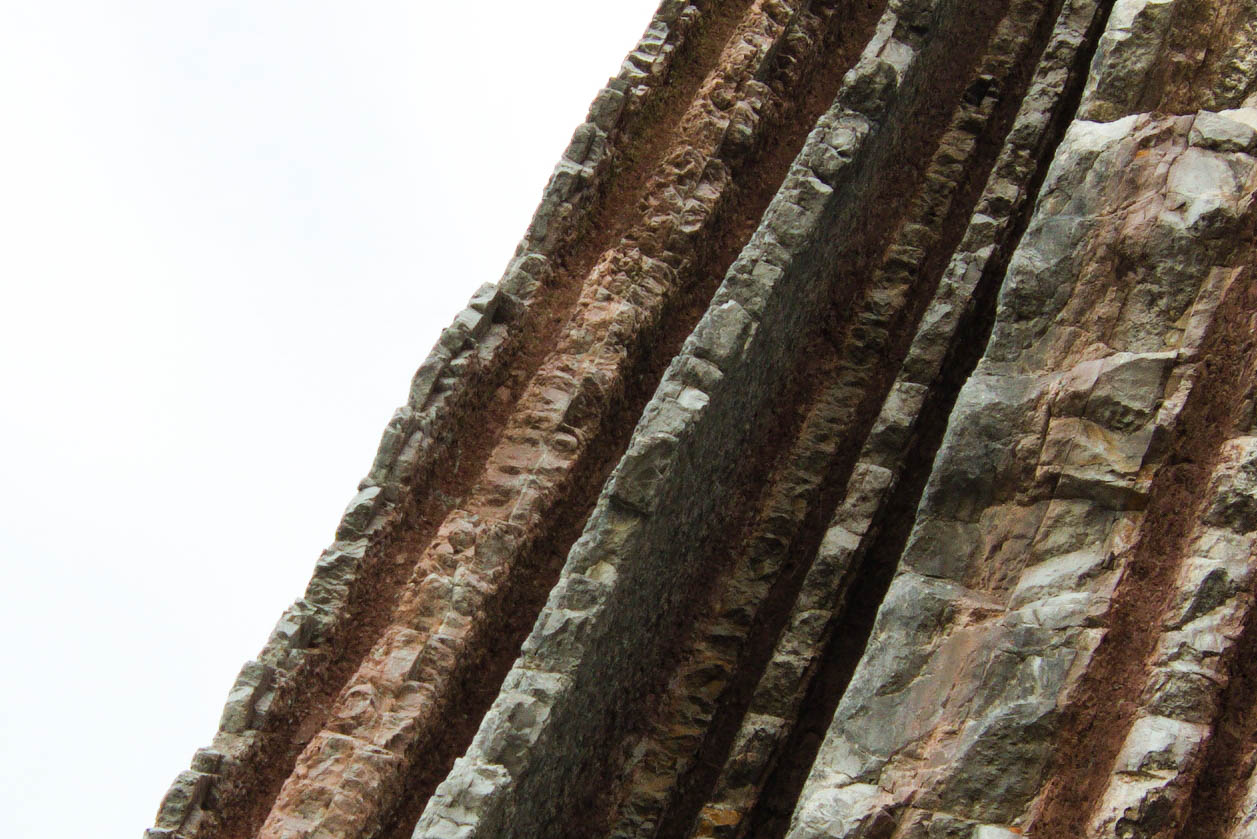 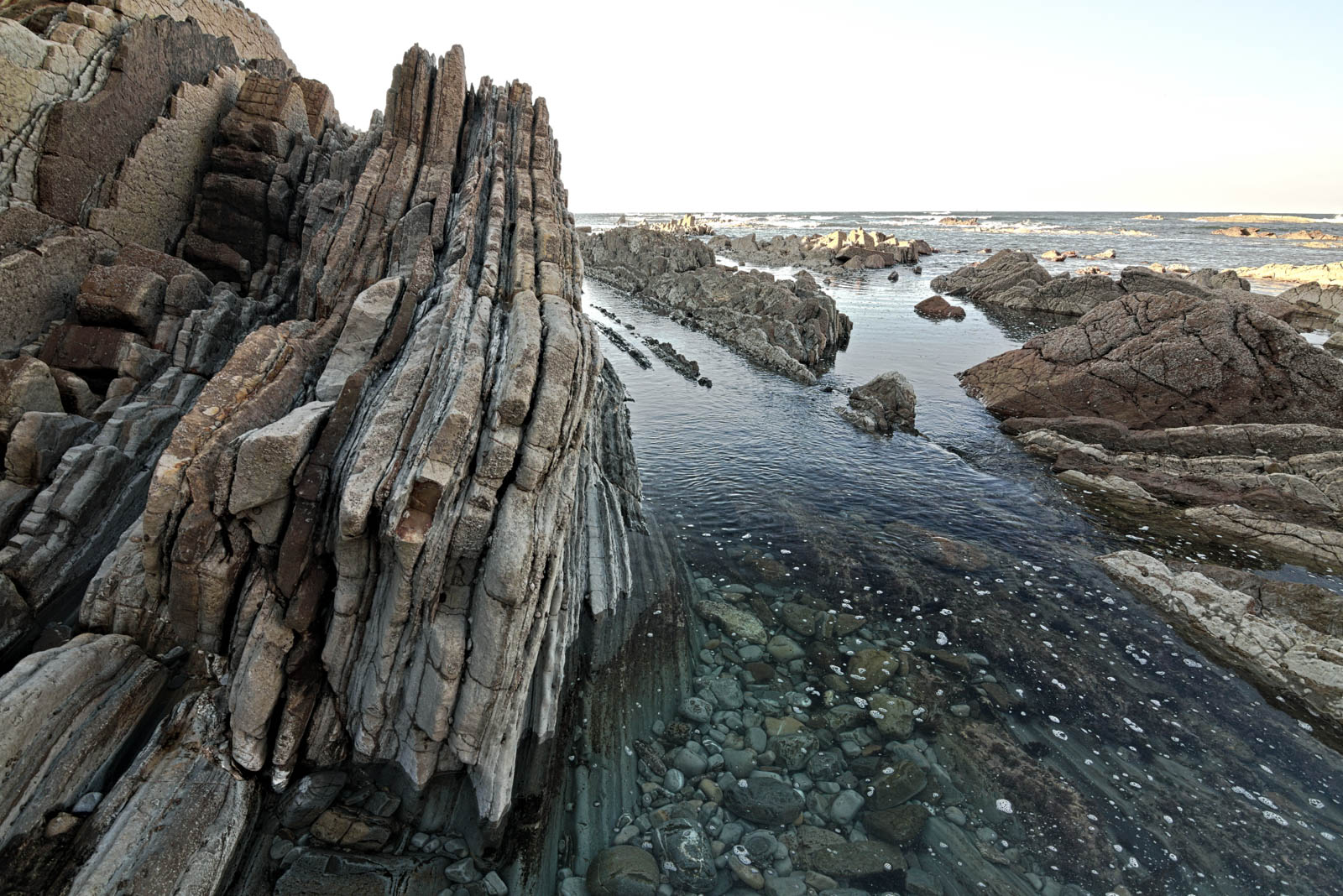 Another effect present in every lenses is the sun flaring, which affects wide angle lenses more than other focal lengths. For some photographers, flaring is a nightmare, for others is part of the art. For me, it is acceptable in some photos where it may be part of the subject as in the next one. 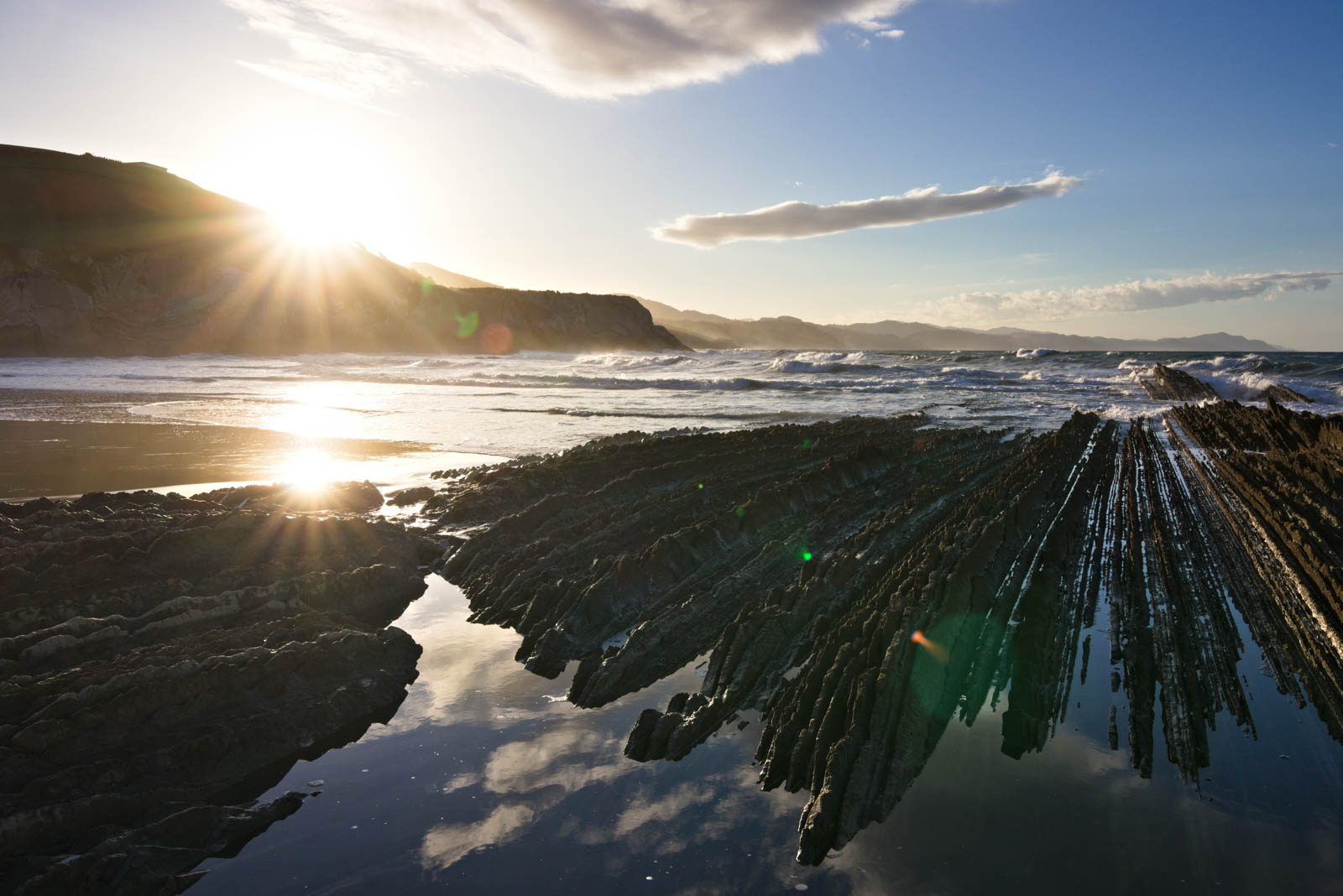 Avoiding flare is easy, however, sometimes it becomes impossible due to the expected composition. In this case, flare may ruin the expected outcome as I think it did in this next photo. It is worth noting that unexpected effect could be easily removed with an edition software. Having all that being said, my opinion is that flaring is very well controlled in the Tokina atx-i 11-20mm F2.8 CF. 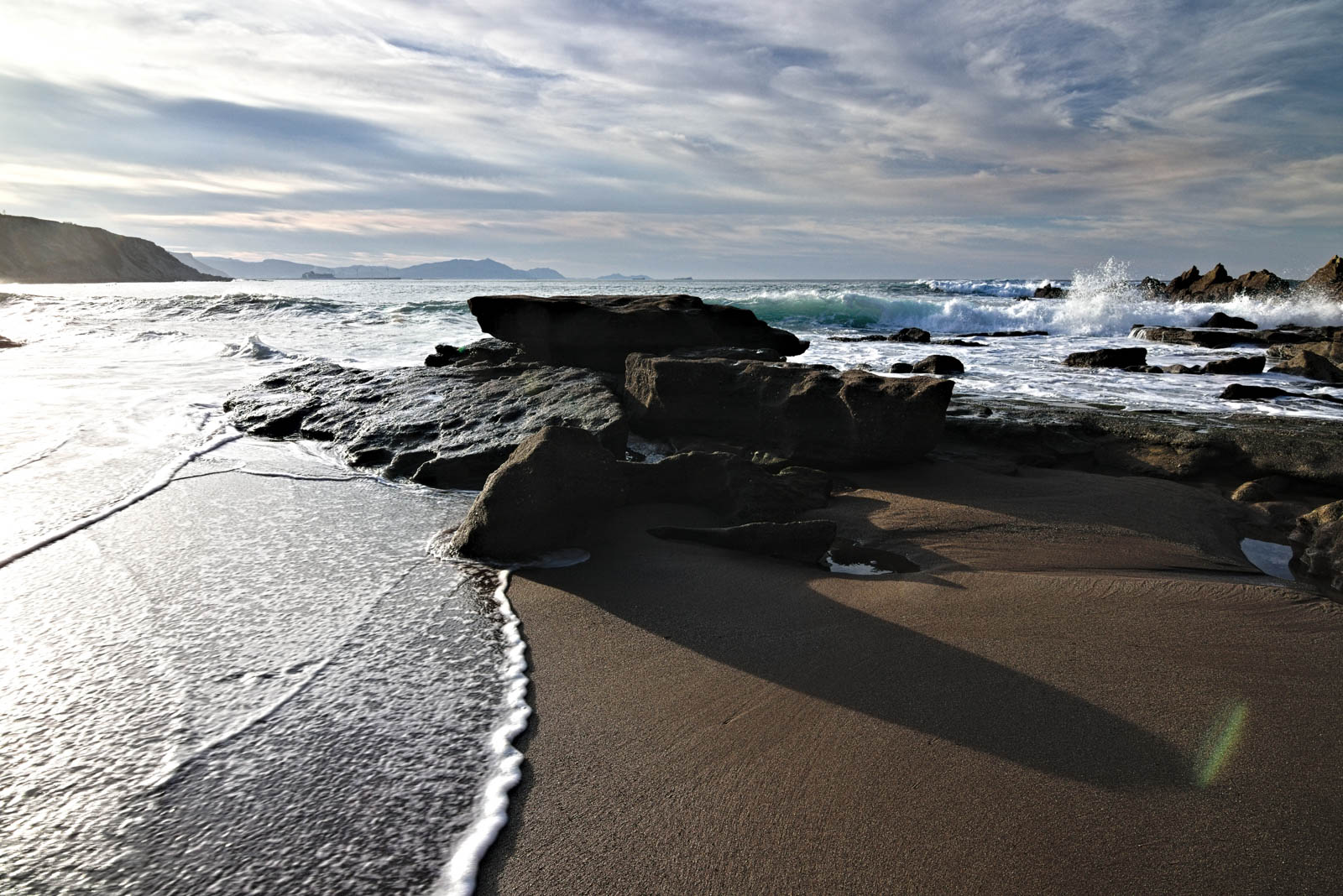 Despite the beauty of the Flysch, perhaps the most visited place in the Basque coast is San Juan de Gaztelugatxe. The reason behind it is that Gaztelugatxe was one of the places where the series The Game of Thrones was recorded, which attracts tourists from all over the world. Its view is really breathtaking and worth visiting. The closest beaches to Gastelugatxe is Bakio, where you can spend some time at the calm beach and/or (depending on the weather) enjoying some txakoli, the Basque dry white wine. 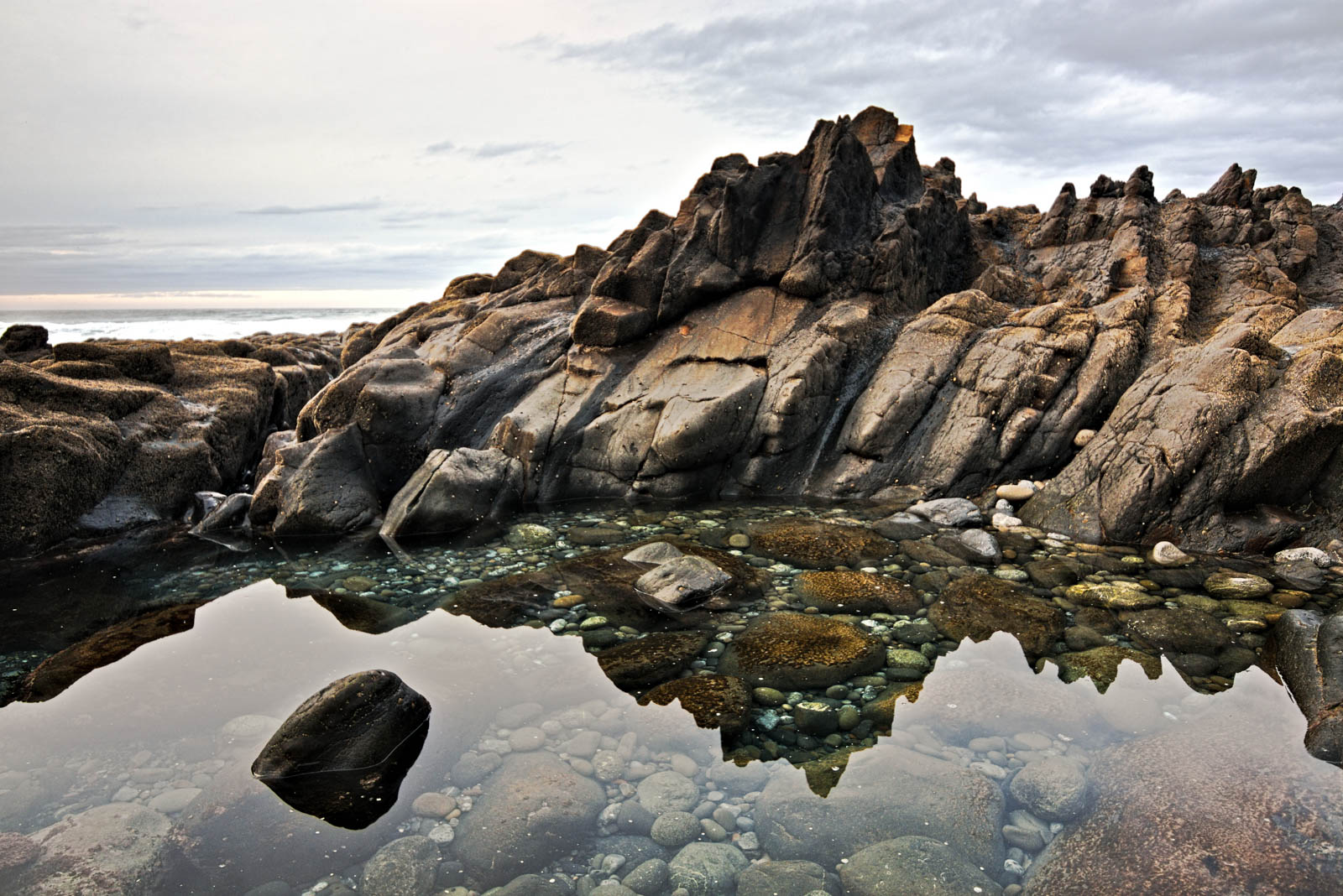 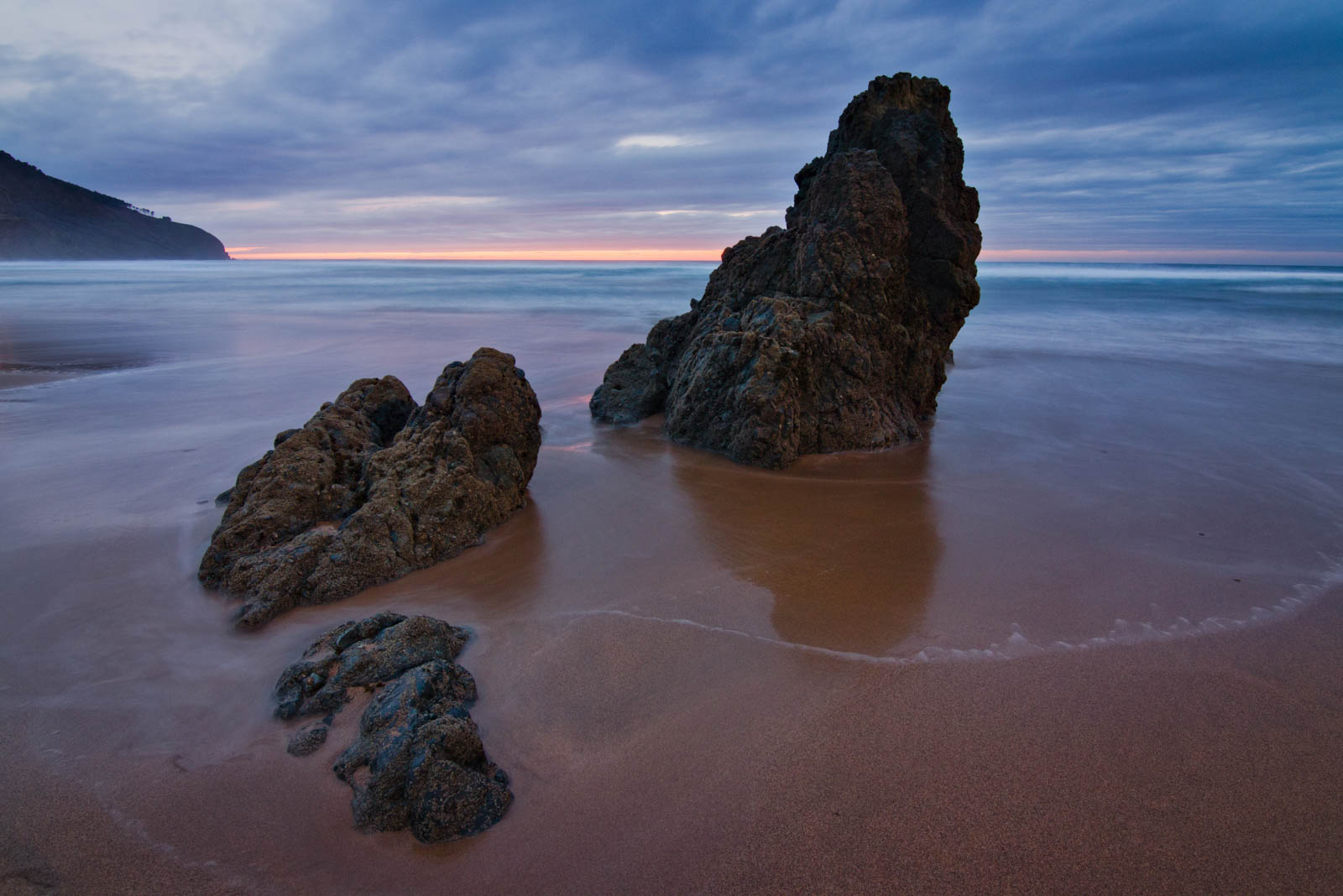 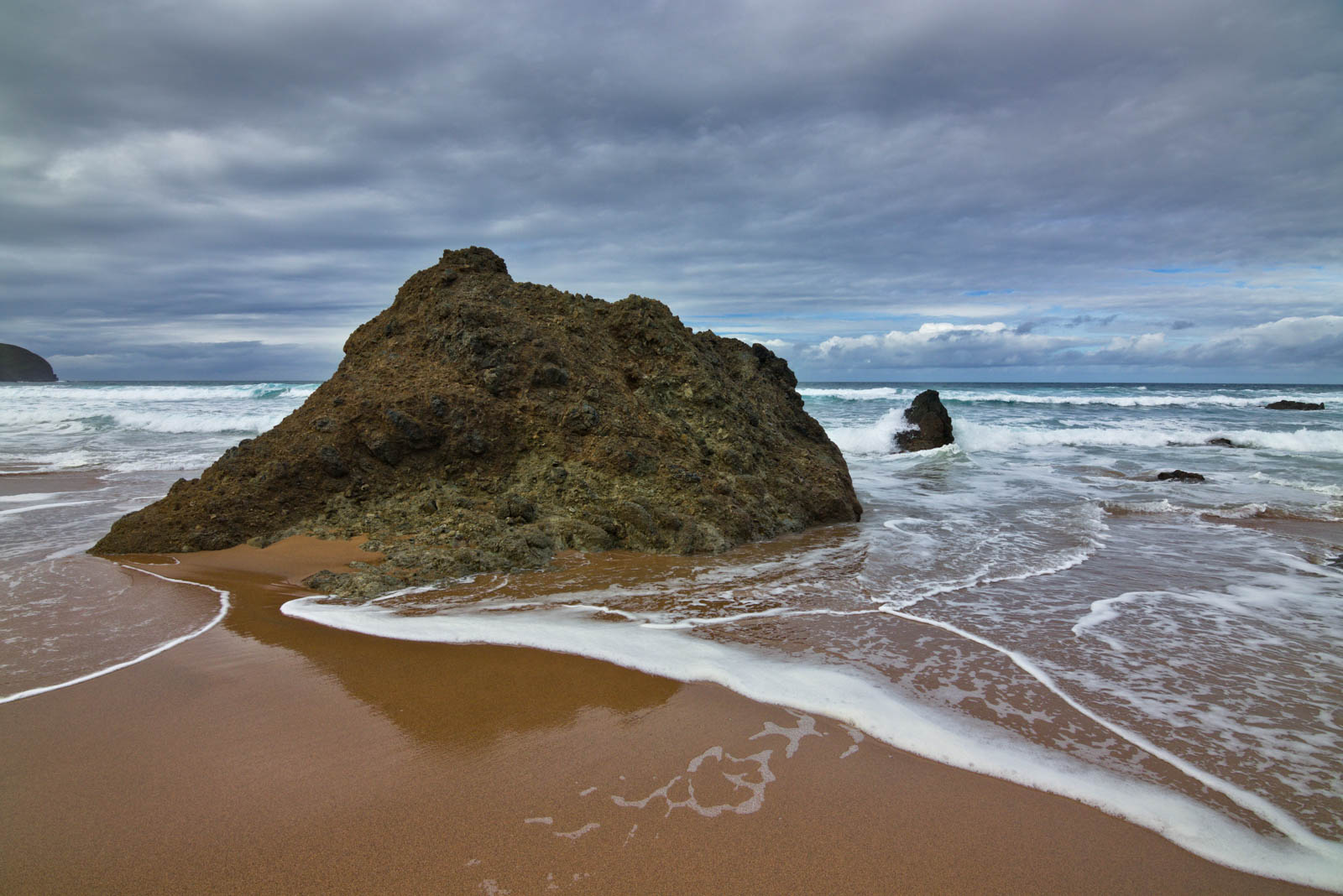 Rainy weather (here nicknamed "txakoli weather") is frequent in the Basque Country and can make the life of photographers a bit harder in two ways: poor light conditions and frequent wetness. Being wet all the time is not comfortable in the cold weather and it happened with me when visiting the geopark for the first time. I wanted to go to Sakoneta beach to photograph the Flysch and the cold rain made me go back home after some hours of hike. I didn't have time to go to Sakoneta again and went to Zumaia, which photos were exhaustively shown before with a very good weather. 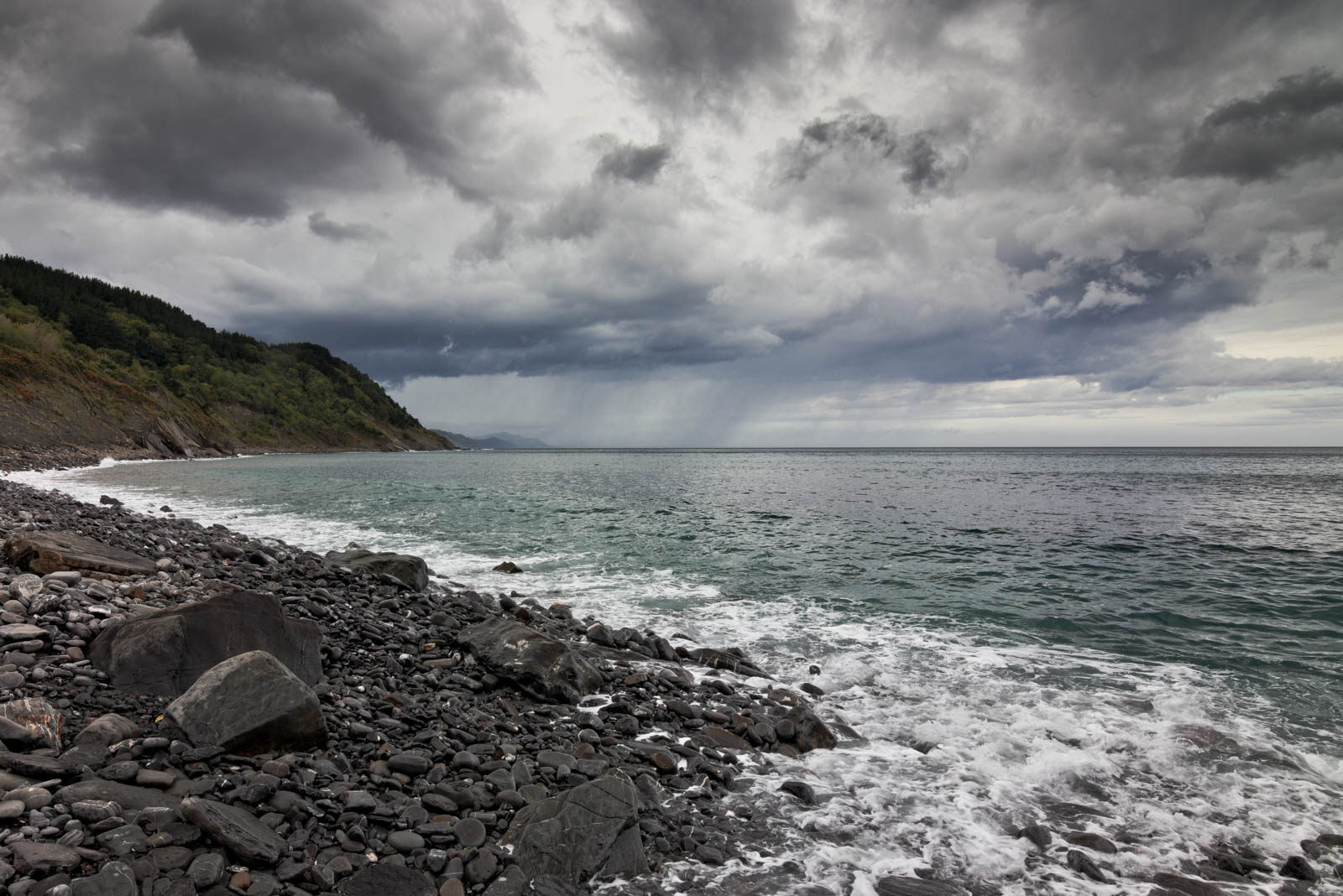 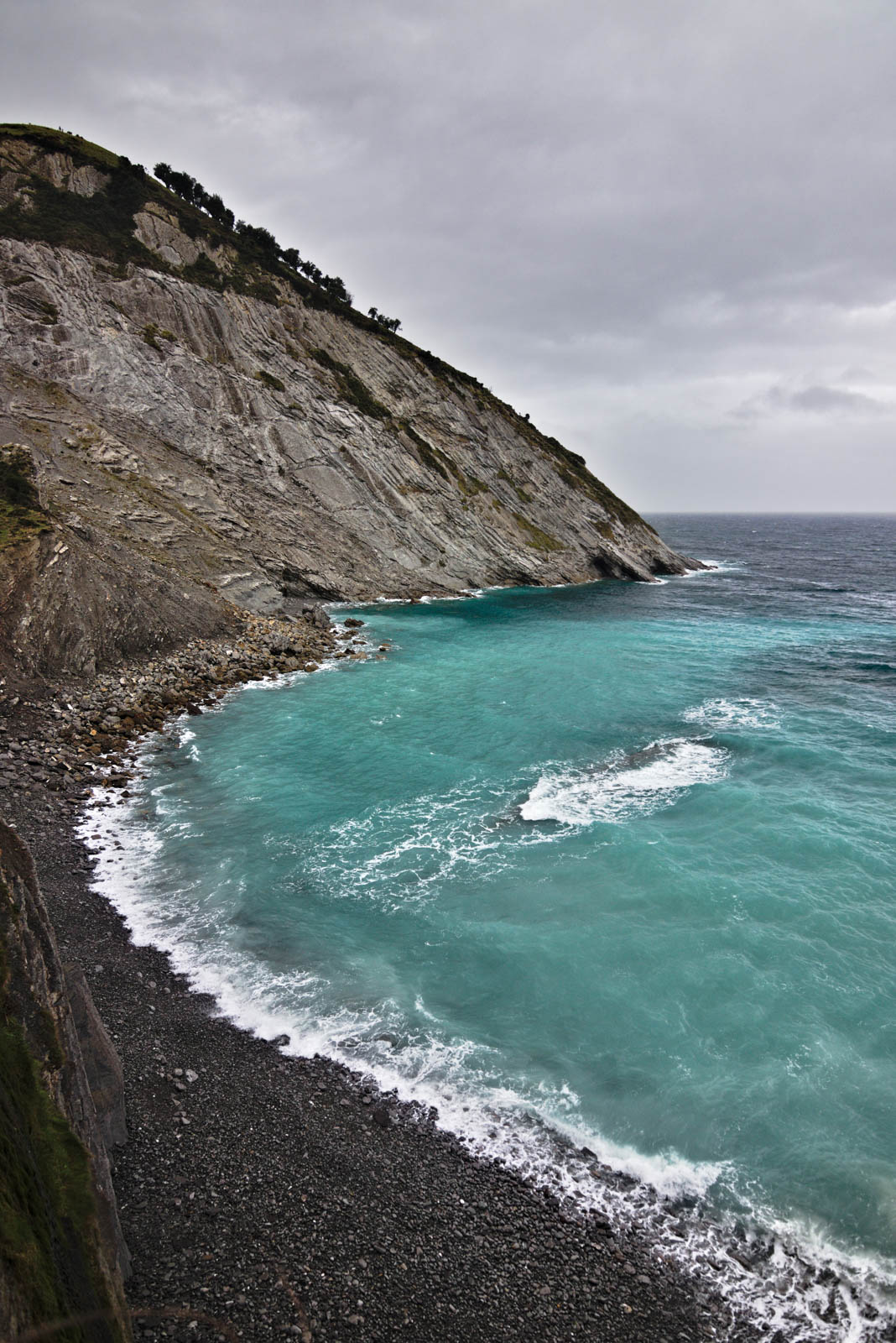 With this regard, the construction of Tokina atx-i 11-20mm F2.8 CF did not disappoint me. Both Canon 80D and the lens are weather resistant and everything worked well while I was trying to photograph in the rain. Also, the focus and focal length rings are smooth and very practical to use. My last consideration is that not all wide angle lenses are capable of hosting filters, which is not the Tokina's case. Almost all the time when producing this series of photos from the Basque coast, my Kenko PRO 1D+ Instant Action polarizer (82mm) was attached to the lens, that I strongly recommend as a great landscape photography kit of lens + filter. This combination produces deeper colours, contrast and I love to play with the polarizer for black and white landscapes. 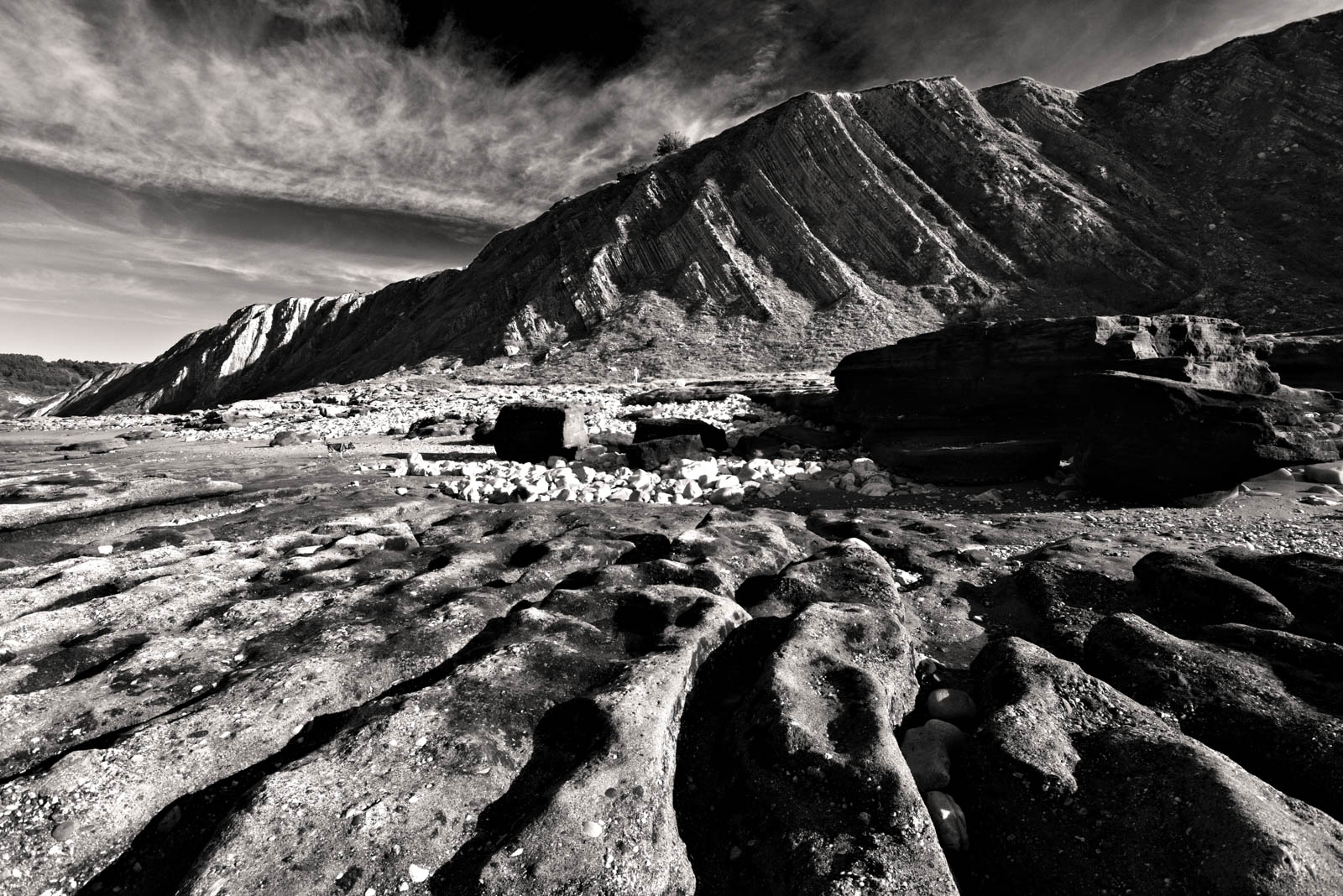 Finally, I summarize the main features presented before of Tokina atx-i 11-20mm F2.8 CF that, in my opinion, are great for landscape photography: