This is all about lens characteristics, possible usages, and how you should really get rid of all that silly fear of bending lines! An educational article. 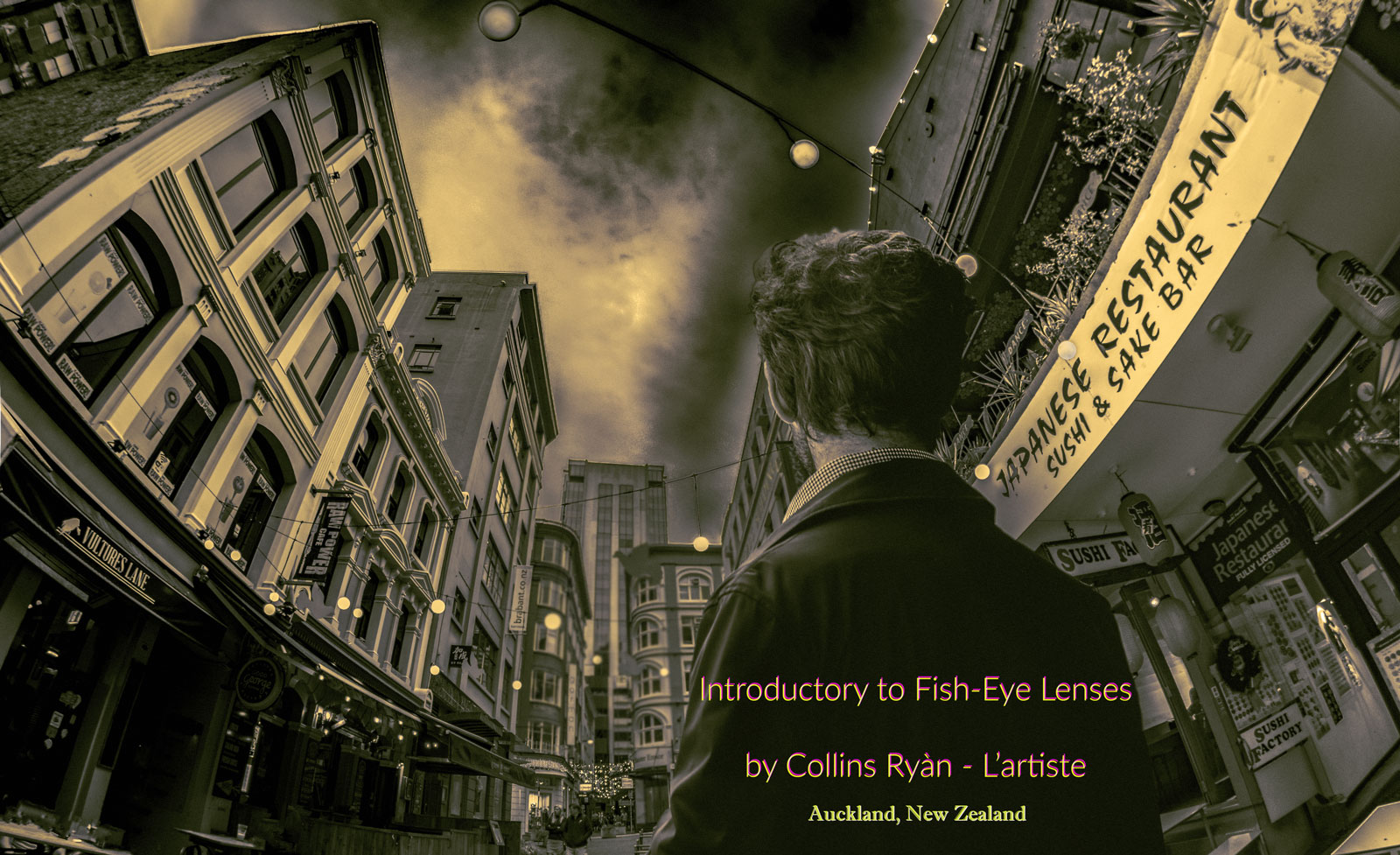 During the past few years, I have been teaching photography on-site and on-line to photographers from beginner to professional levels both in New Zealand and around the world, and we used almost every camera format and manufacturer. Both as an artist and photography tutor, my 'go-to' perspective in photography is a bit different to the 'regular', conventional perspective.

I see this right to introduce the above due to the very "square-head" perception of many that images must be conforming to a constraint set of rules. The notion of "lines must be straight" and the so-called "belief" that by all means subjects must keep on their natural or real shape in images deter uncountable number of photographers from using artistic distortions on their images.

For those who are not familiar with the fisheye lens type, both are wide-angle lenses that take all what you ever knew about curvature to the next level. I use those lenses in my art and street photography genres, mainly, but believe it or not – I also use it for very close-up situations. 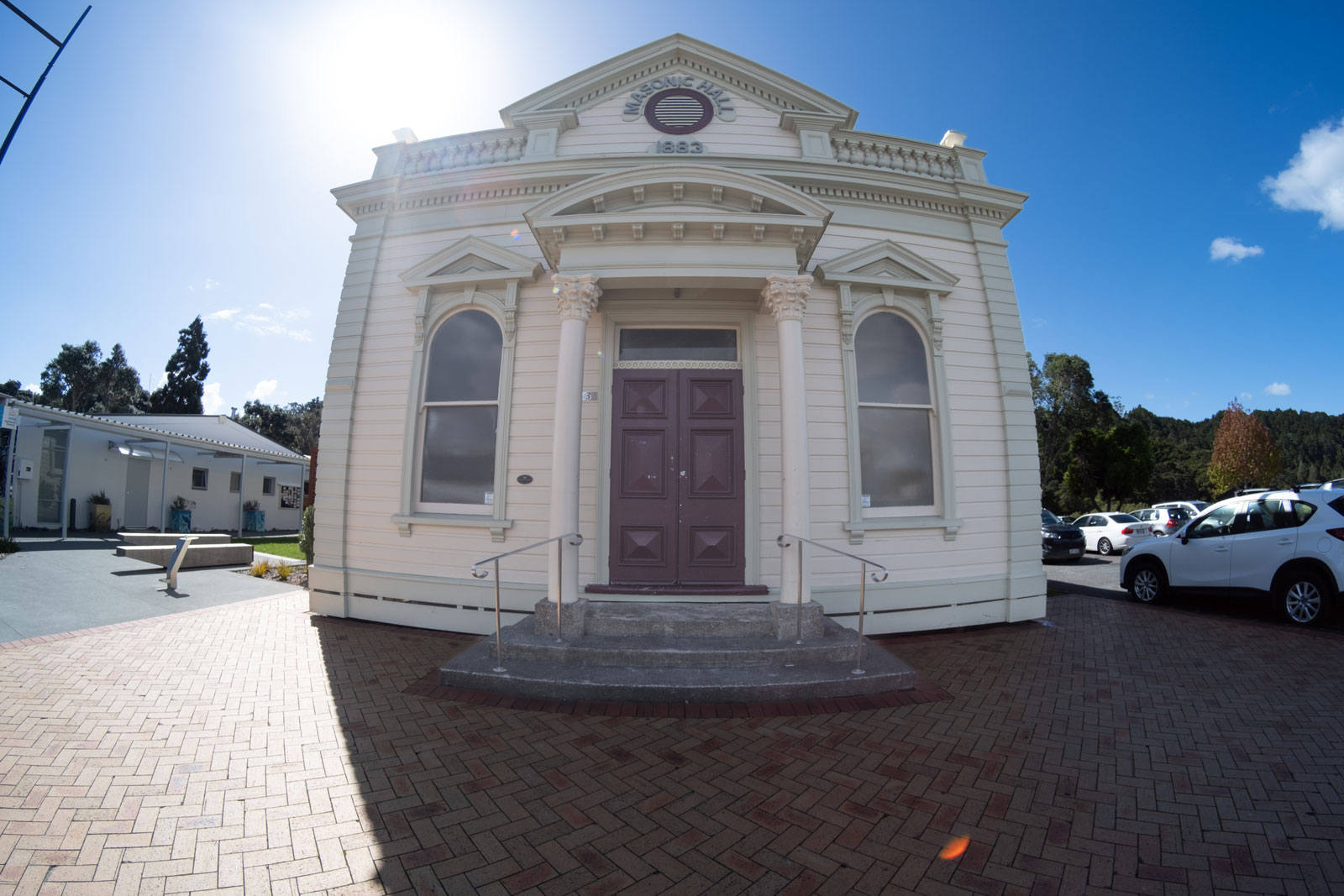 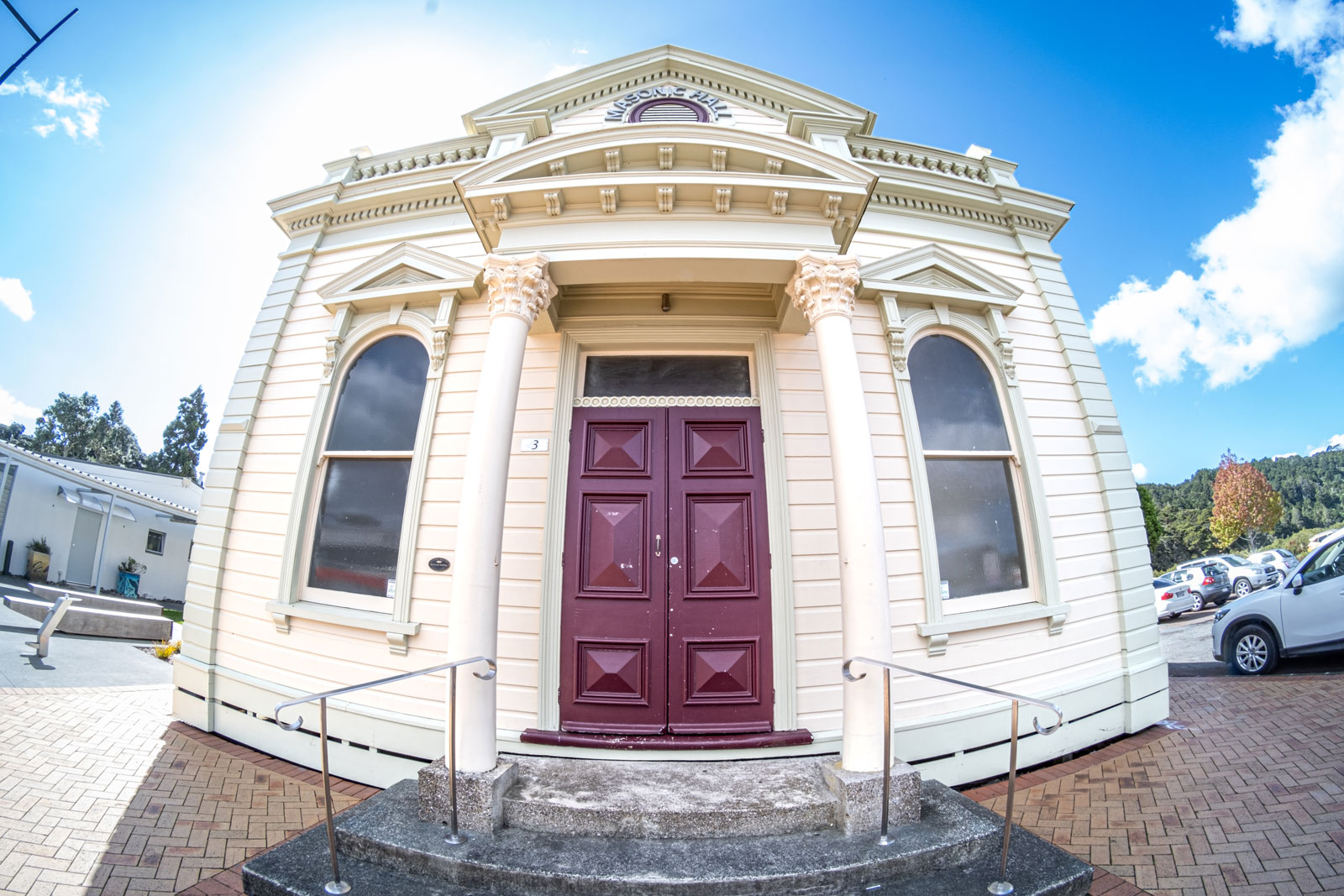 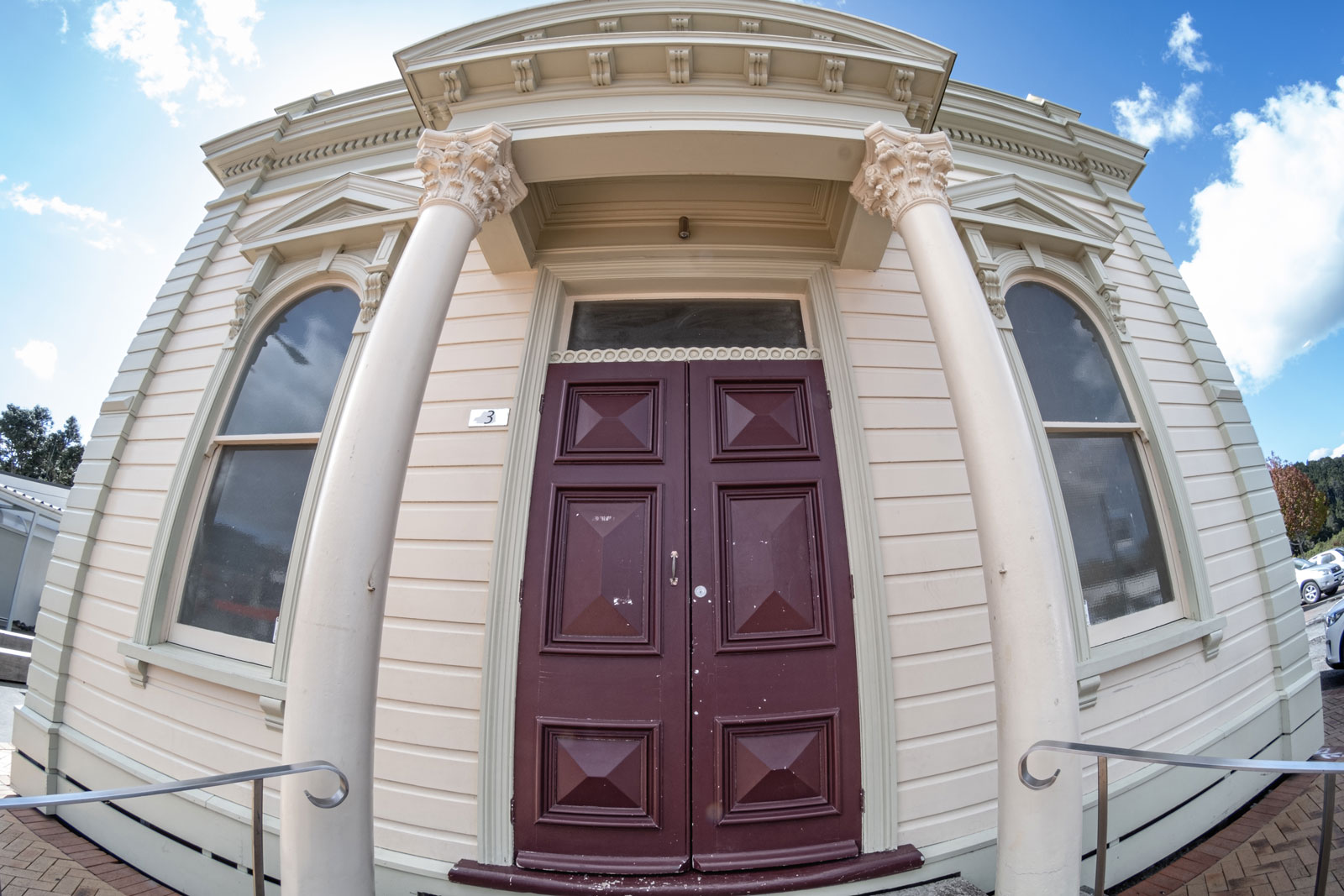 The fisheye effect creates substantial curvy, distorted lines. Any subject that is shot through such lenses will very noticeably be distorted, and the distortion gets more pronounced and meaningful once the subject is closer to the edges of the frame.

That is noteworthy that the tiny pixel area at the centre of the frame would almost always keep the 'ordinary' shape of the line. Apart from the centre (I marked it below in RED line), all other areas on the frame are distorted. Moreover, if you shoot the same subject from different distances, you'd find out that the closer you are to the object – the stronger the effect is. For example, if you shoot a house from a distance, say 5 metres away, the vertical lines would be curvier than when shooting the very same house from 10 metres away. Refer to the examples of the Masonic Hall in Warkworth, New Zealand, above.

Despite the strong artistic distortion that such lenses yield, there is still some noticeable resemblance to regular, wide-angle lenses in one situation – long distance landscape shots. Many of the cameras these days have a digital level line (allowing you to avoid the guess work whether your camera is levelled or not). Usually marked on your view-finder or live-view screens in green colour once the frame is completely horizontal. Check on your camera's manual and activate this feature. Once activated, now hold your camera in front of a broad landscape scenery, like at the beach. Fix the camera position so the digital level line on the screen/viewfinder is set exactly on the horizon line of the beach. Would you notice that this lens is a fisheye at all?! The answer would most probably be – no! 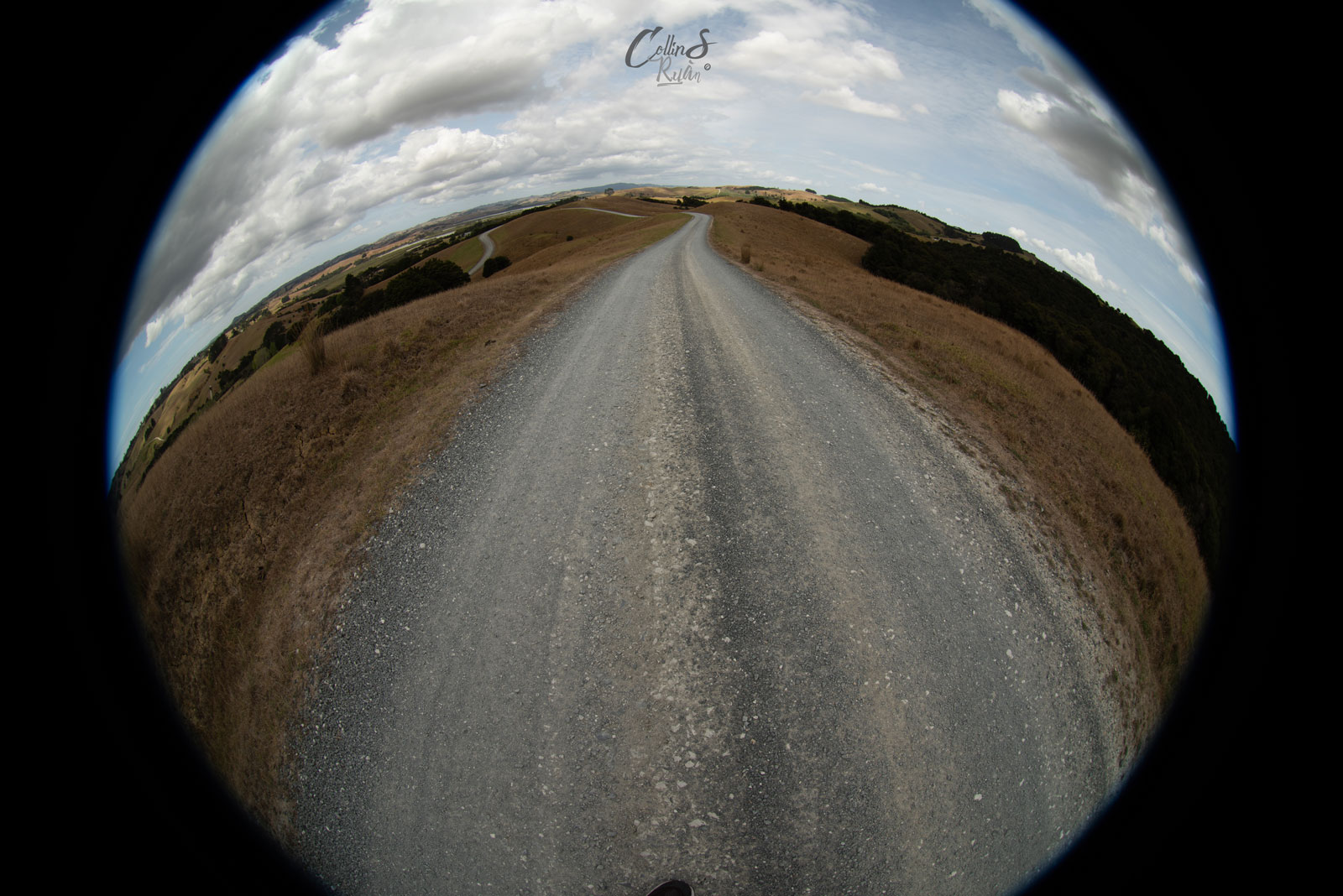 The actual horizon line (the line separating between the sea water and the sky) is the vanishing point. Meaning, the point where any subject that is located behind it would be vanished from sight. On the fisheye, once you are levelled, the central horizontal line (I marked it in GREEN above mesh) will keep on the straight line. 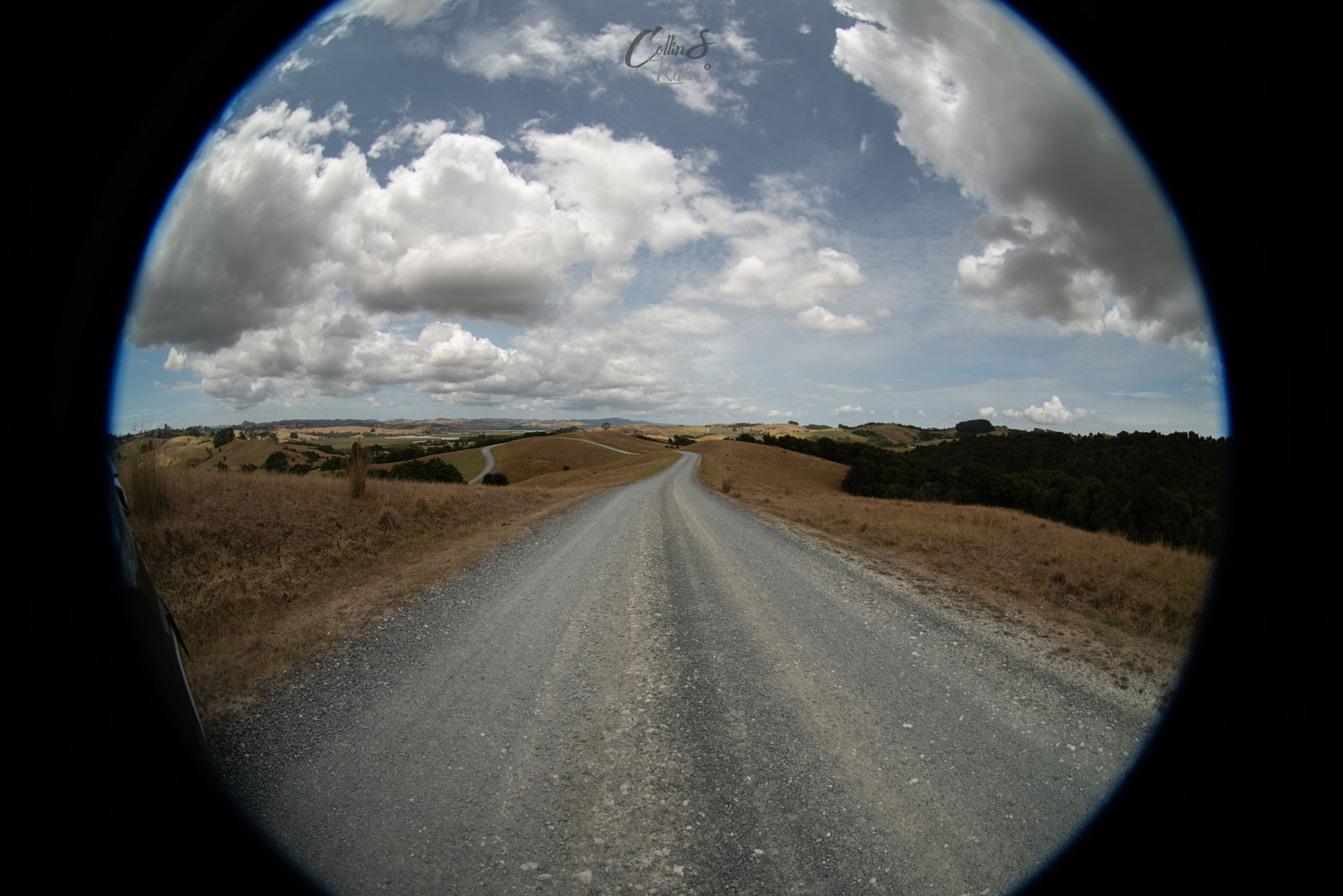 The trick goes similarly with any vanishing point, whether it be at the ocean or even on the street. As long as you keep the very horizontal centre of the camera (the digital green line) with the vanishing point, the subjects on that line would be less distorted. 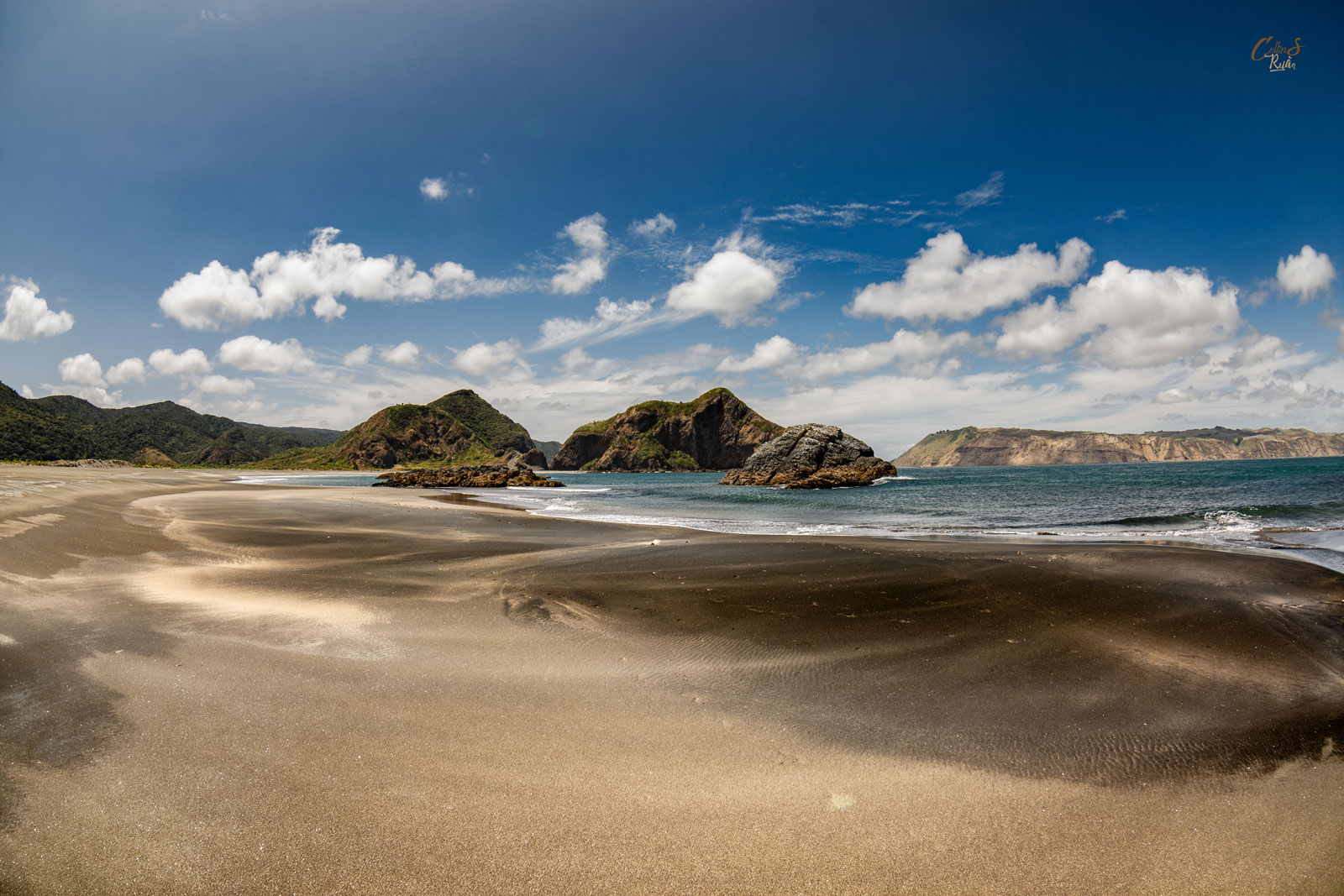 Fisheye lenses are typically wide. Even on the APS-C sensor (cropped sensor) they look markedly wider than their 'ordinary' wide-angle counterparts. Fisheye lenses could be magnificent tools to capture some sceneries that would otherwise require a panorama style of shooting and later on stitching using post-process software. The angle of view that such lenses have is very wide and hence one can easily capture almost 180° on a full frame camera! 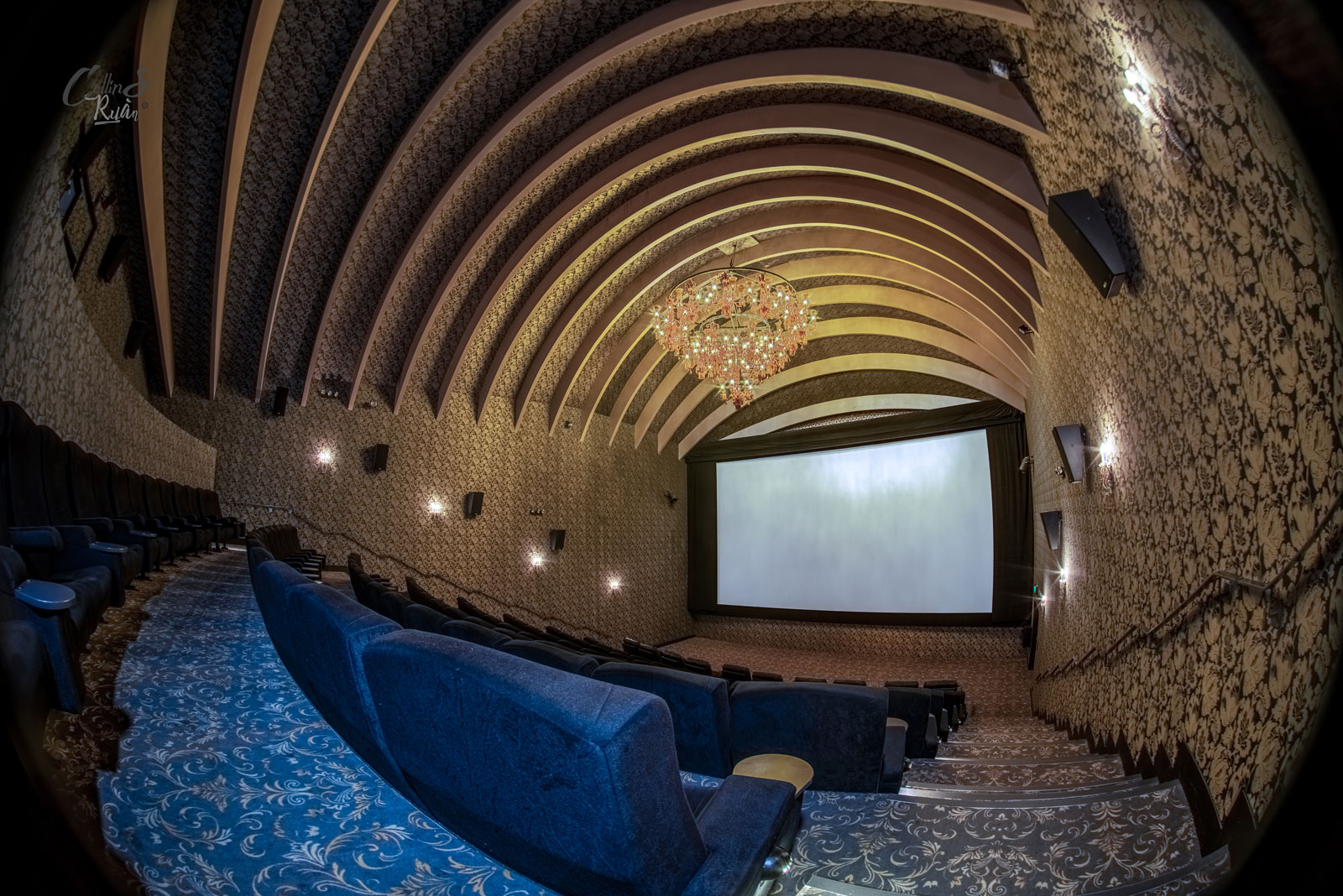 The above artwork of mine was intentionally done with a fish-eye lens on a full frame camera sensor (Tokina AT-X 107 DX Fish-Eye on Nikon F-mount). The black fall-off of the edges was intentionally kept in the final composition as it is going so well with the leading curved lines of the ceiling sound-proofing wooden frames. That helps to focus the beholder's eye searching in rounds. Without the fall-off, the effect was so small, if not non-existent! I exploited the full pixel-count of the sensor in order to retain the best detailed image.

Just a small word; I thank Matakana Cinemas for the cooperation in this article. Their premises are beautiful, and boutique-styled, and I invite both local and international tourists to enjoy a lovely evening in this location and the lovely township of Matakana!

Tokina's fisheye lenses can have very short minimal focus distance. Wide lenses are usually focusing in shorter minimal distances than their telephoto counterparts, but those fisheyes are exceedingly mastering it, with the shortest one of only 9cm from the object (Tokina SZ 8mm f/2.8 E Fish-Eye).

As seen in the following pair of photos, the ornament bird on the right-hand-side of the shot was only 11 centimetres away (where the first frame is off-camera; the second image is the very same one but after lens-correction and cropping for composition). 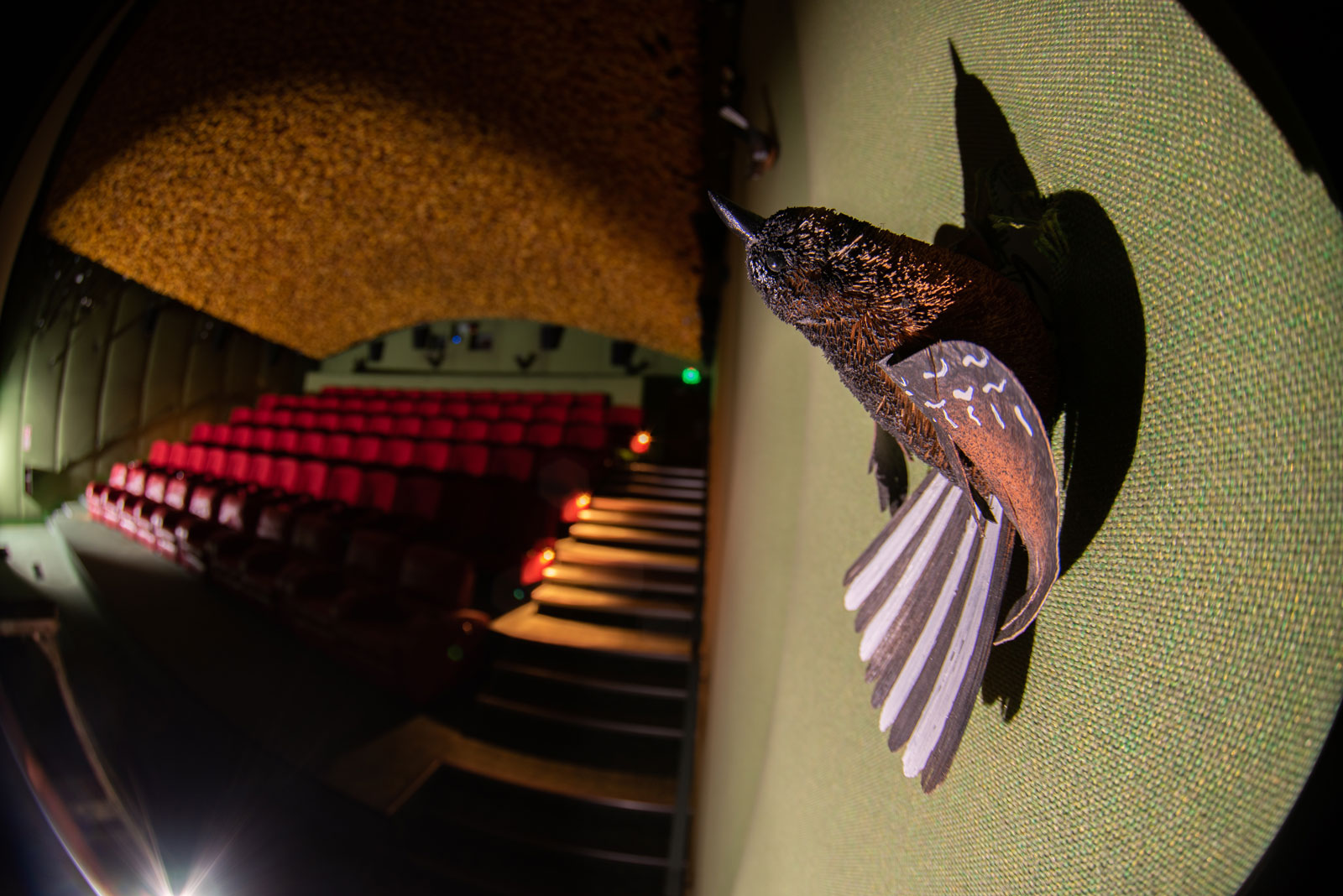 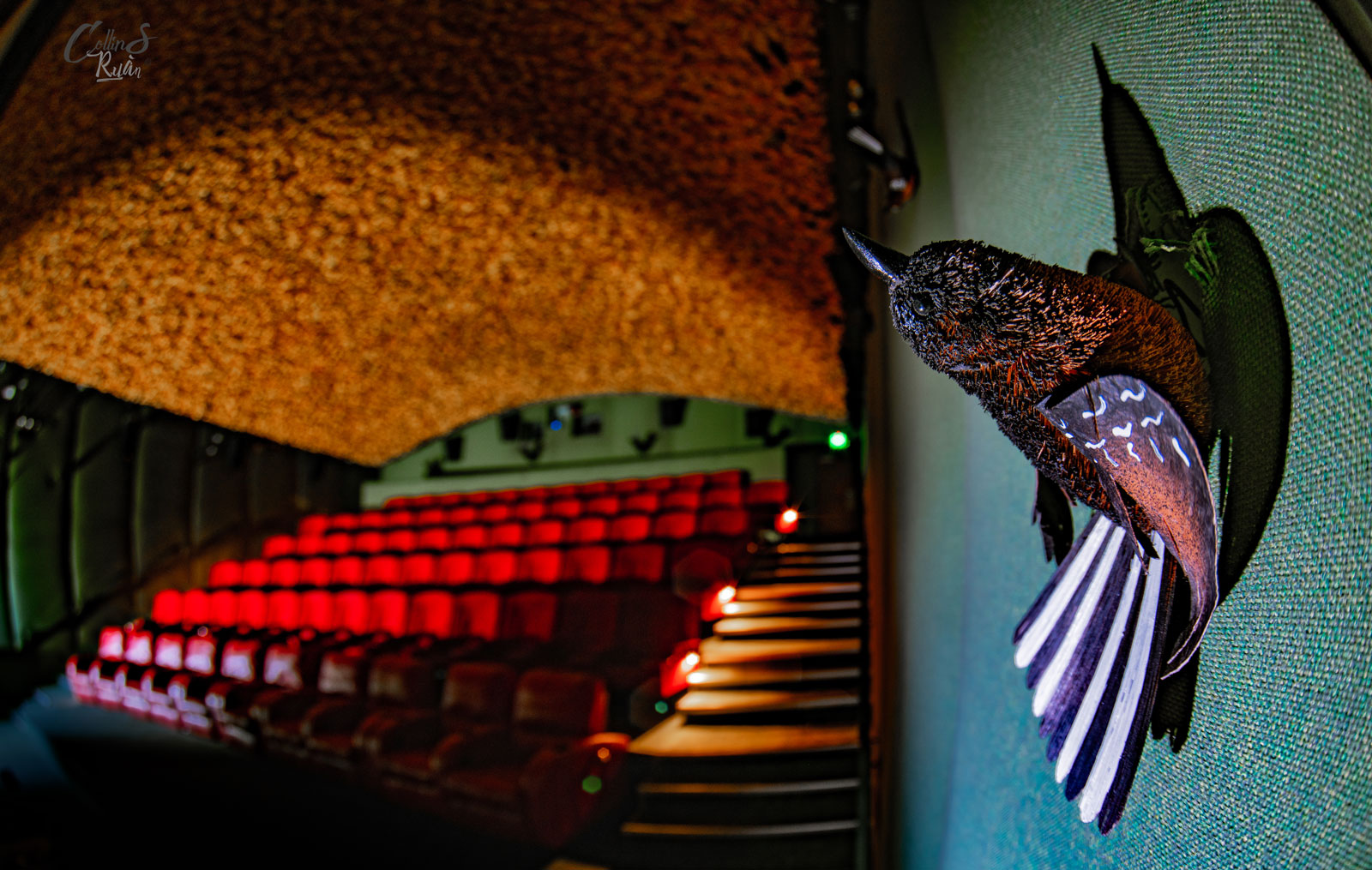 The ability to capture very detailed characteristics of the objects in very close proximity is very impressive, as the below image, taken with Tokina SZ 8mm F2.8 E FISH-EYE in proximity of 9cm! Notice the cut on my middle finger while taken in full aperture f/2.8. 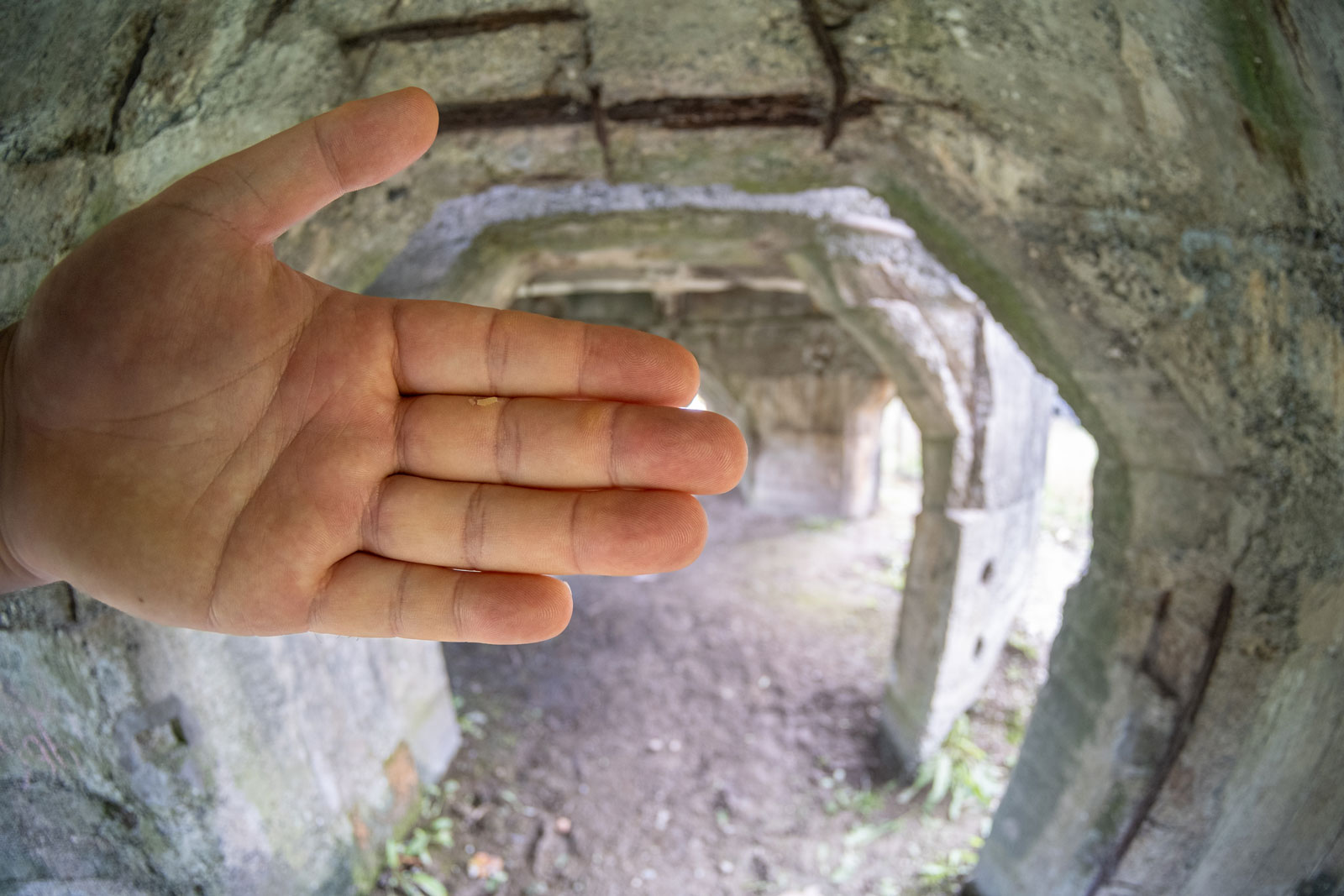 I use those lenses to implant some meanings to the shots that I do in this genre. The natural course of irregular curvature of closer objects shown through those lenses injects qualities of otherworldly shapes. Buildings start to get different meanings (like the image below, on which the buildings on the right and left sides are encapsulating the view of the beholders onto the crowd and the Christmas statues. I shot in lower shutter speed to add some dynamics to the frame. True colours of the street; taken in Auckland, New Zealand (while wild-fires were causing havoc to our Australian neighbours). A totally harsh, cubical structure suddenly becomes rounded and more interesting to look at. Sometimes, those shapes created by the lenses reveal personification capabilities to still objects almost in great poetical way. 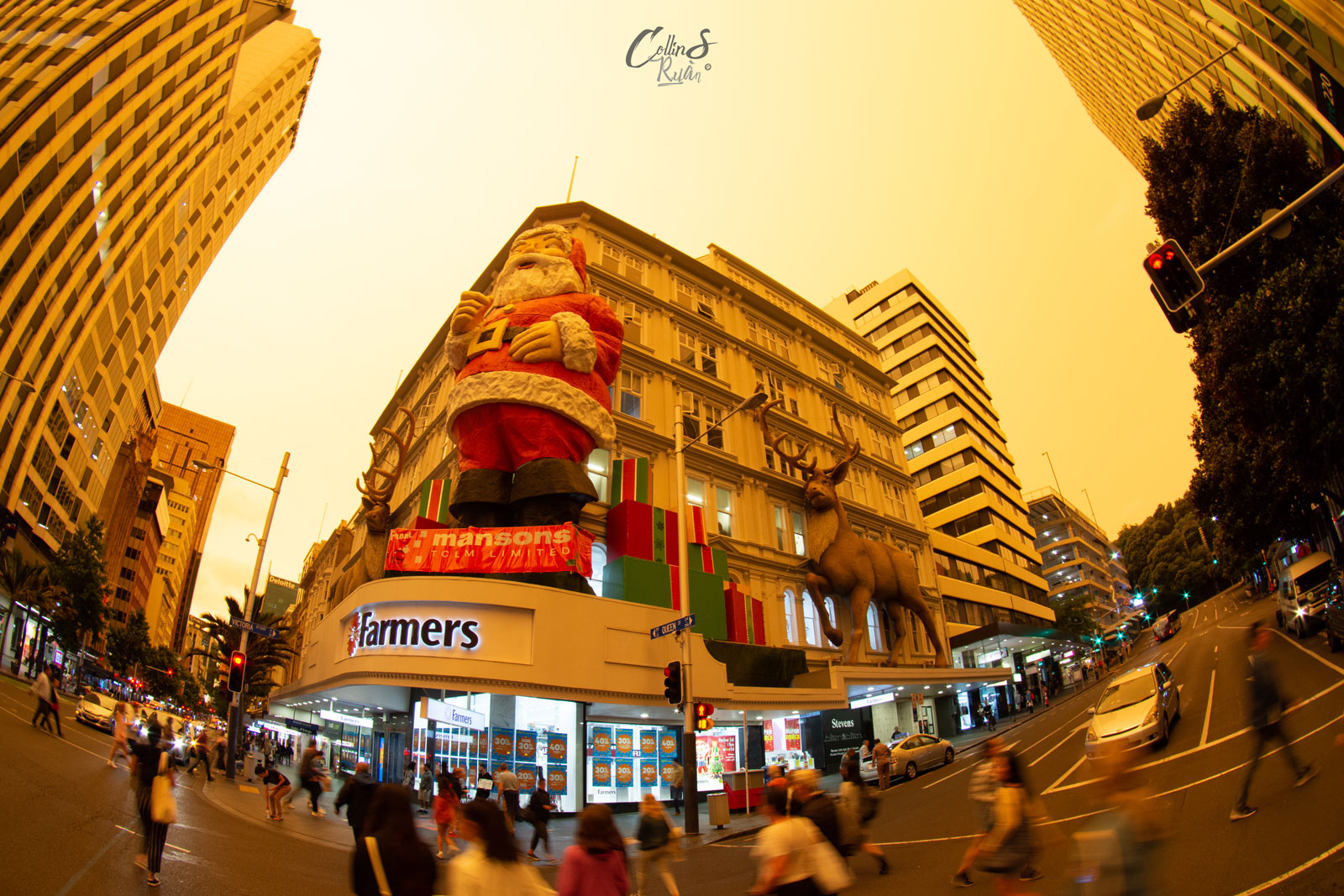 To harness the effect, as suggested above, try to compose your frame in such way that the object would be filling the entire frame, or at least a major part of it. 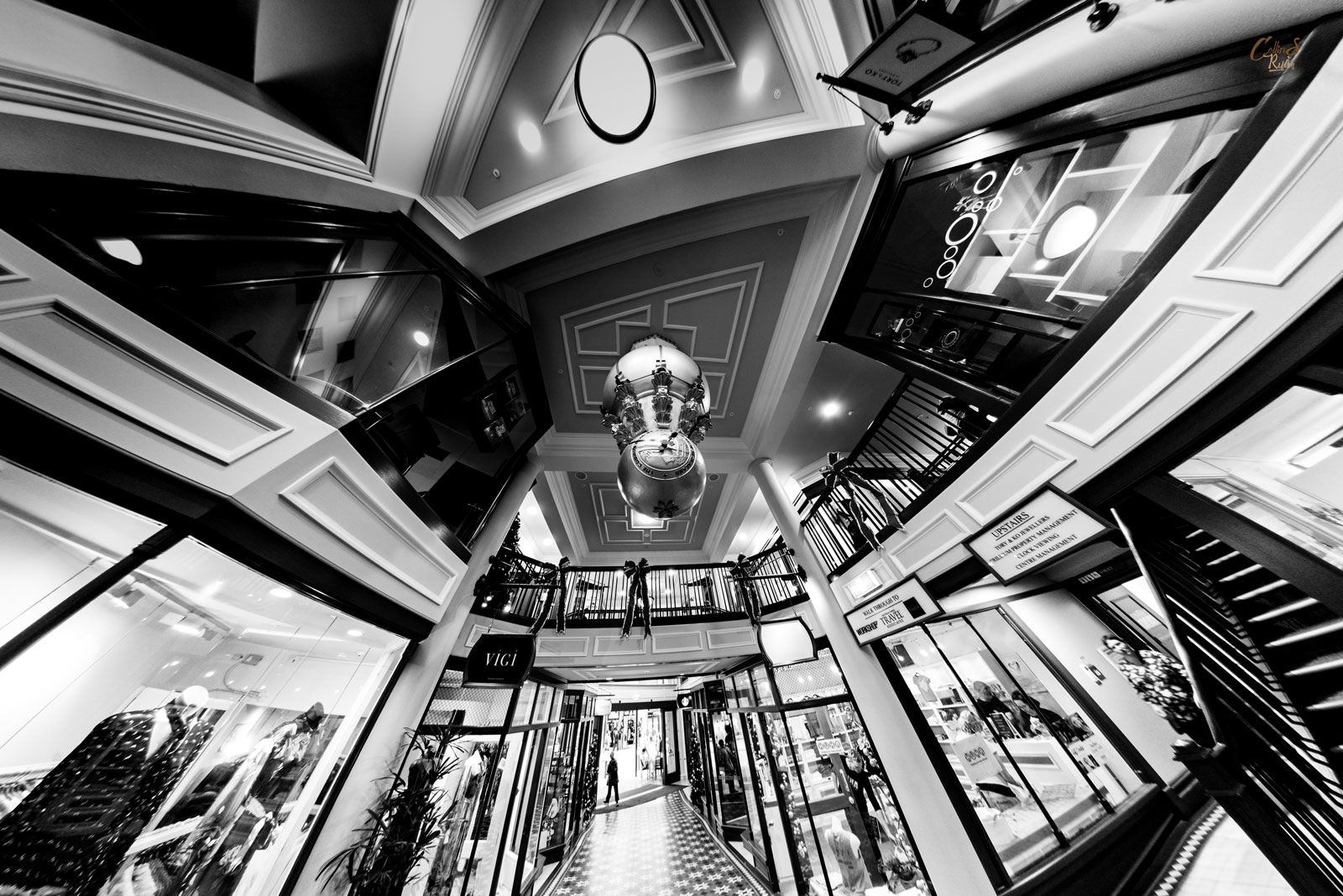 Other example of street photography artwork you can find at the end of this article.

The benefit of using such lenses could also be seen in video scenes should videographers want to apply some psychedelic taste to the frame. For instance, scenes that mimic either flying bugs' perspective, first body's point-of-view of a dizzy/drugged person, a chase by Zombies, or twisted minds of a killer in horror movies; all of those and other twisted reality views can be easily done here. The twisting of the perspective – the exaggeratedly curved lines boost to the beholder a truly distorted reality that otherwise is very hard to perceive.

The closer you come to an object – the more intense the effect is, composition-wise. Take a look at the environmental shots I took below with the wonderful Tokina SZ 8mm F2.8 E FISH-EYE. First shot below, was taken only a foot away from the tyre (some 30cm) and it shows context of the landscape. The second shot is in closer proximity of about 10cm away. Totally different meaning and hero to the composition. This type of lens, hence, would bring you to truly appreciate the composition work. This brings you back to the classic photography work that appreciates bigger changes in every slight movement of the camera. 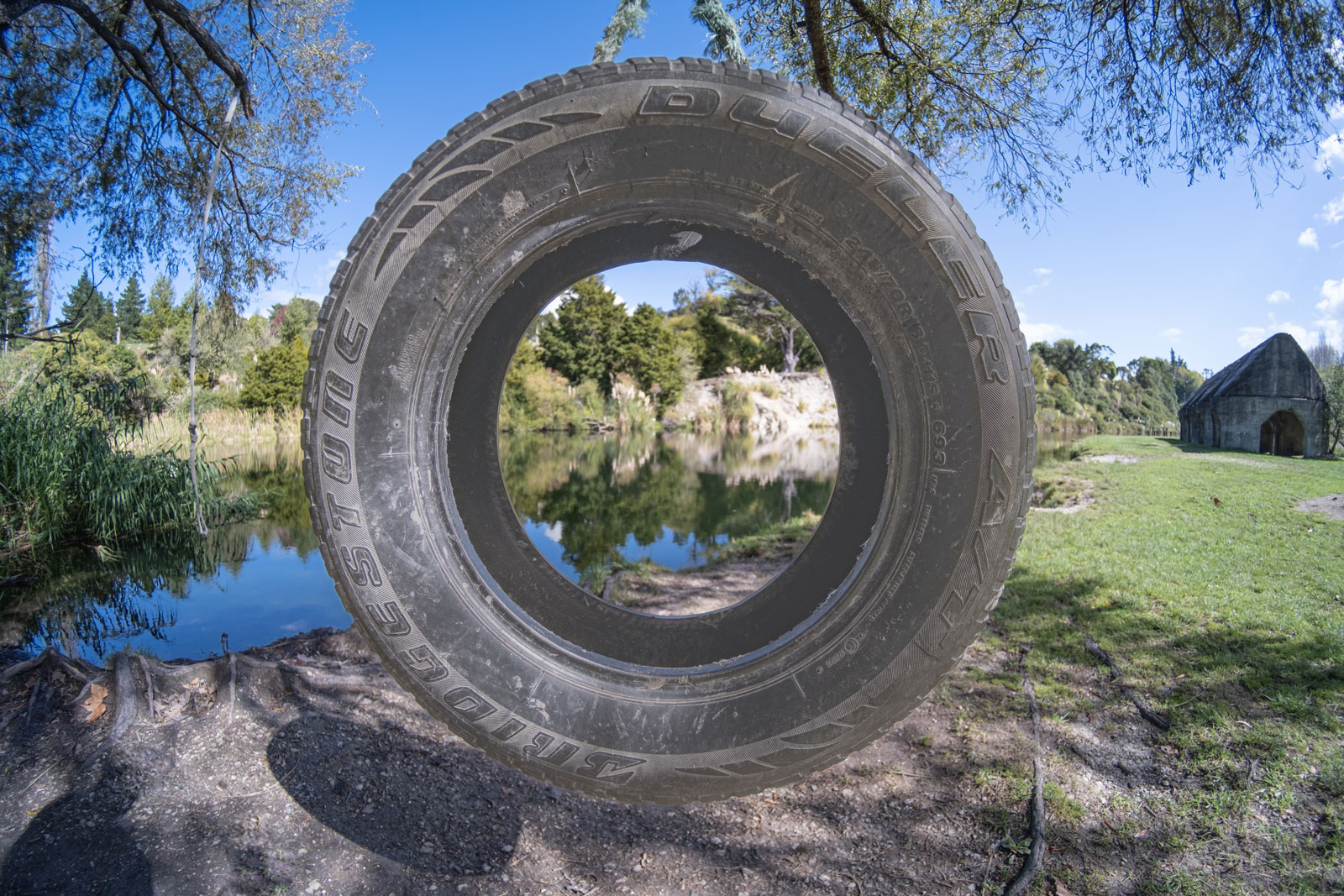 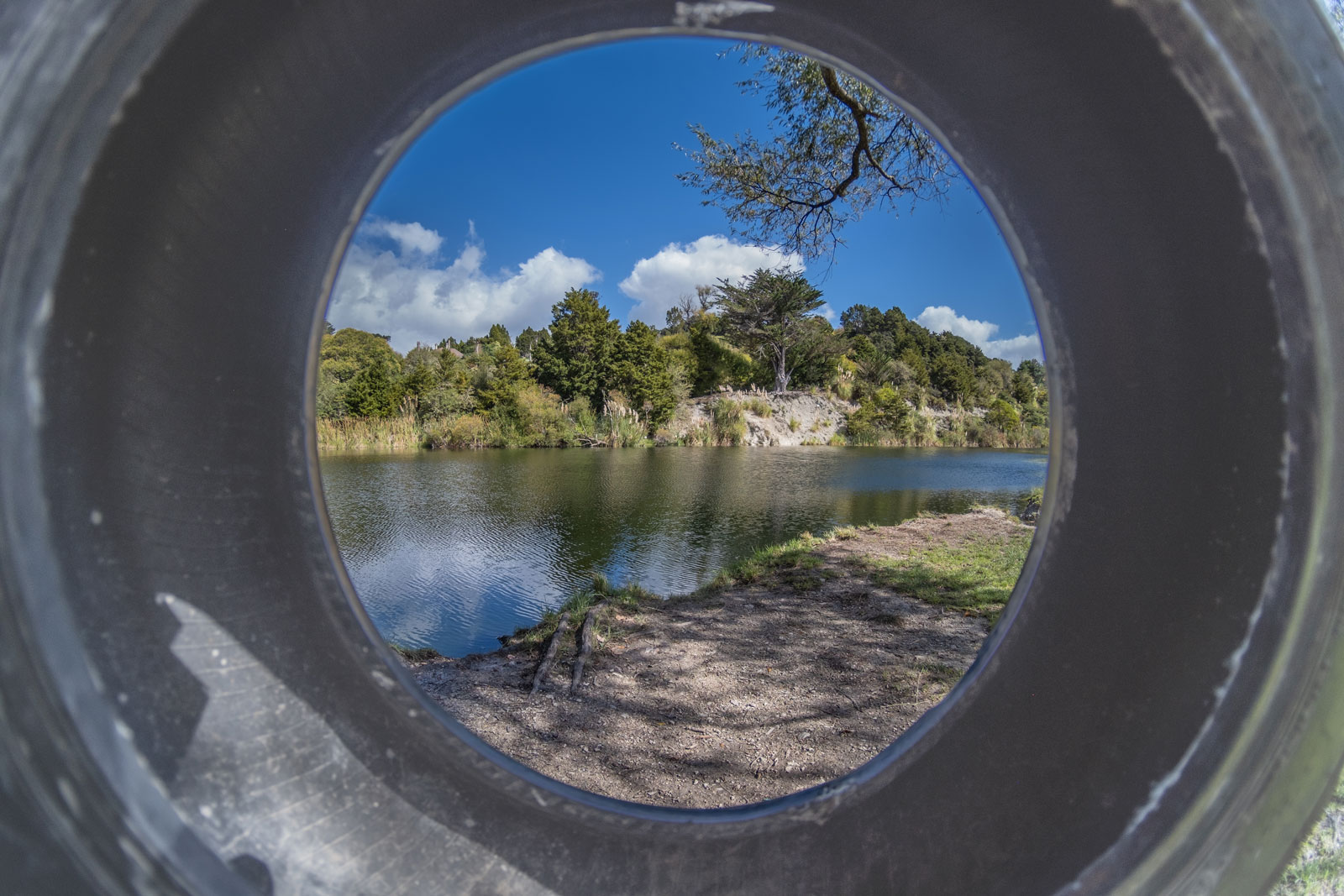 What you should NOT do with these lenses

That's a sort of Mantra of probably most portrait photographers: "never use fisheye for portraits". Is that so? Well, yes and no. Definite yes when you would like to depict real look to the subjects. Fisheye lenses will distort the face shape so badly that I can assure you that you won't get your money from your customers should you used those lenses in a typical portraiture work. Go to the classic 85mm, 100mm, 135mm, or even go down a bit to around 58mm. The fish-eye lenses, as a contrast, are simply like giving a carpenter some needles instead of nails!

Architecture and real estate genres strive to showcase straight lines. Hence, naturally, fisheye lenses would impinge on any up-close frames. All of the latter three genres aim to portray realistic shapes and are located within that domain that anything that is out of the conventional would definitely create issues.

This is truly only a scratch of what can be done with fish-eye lenses, and I do hope that the artistic part of you is now ignited to create wonderful artworks using such lenses. And just a step before I finish up this article, I would like to showcase some of my artworks that were created using fish-eye lenses. Feel free to make contact with me regarding any subject matter in photography and editing. 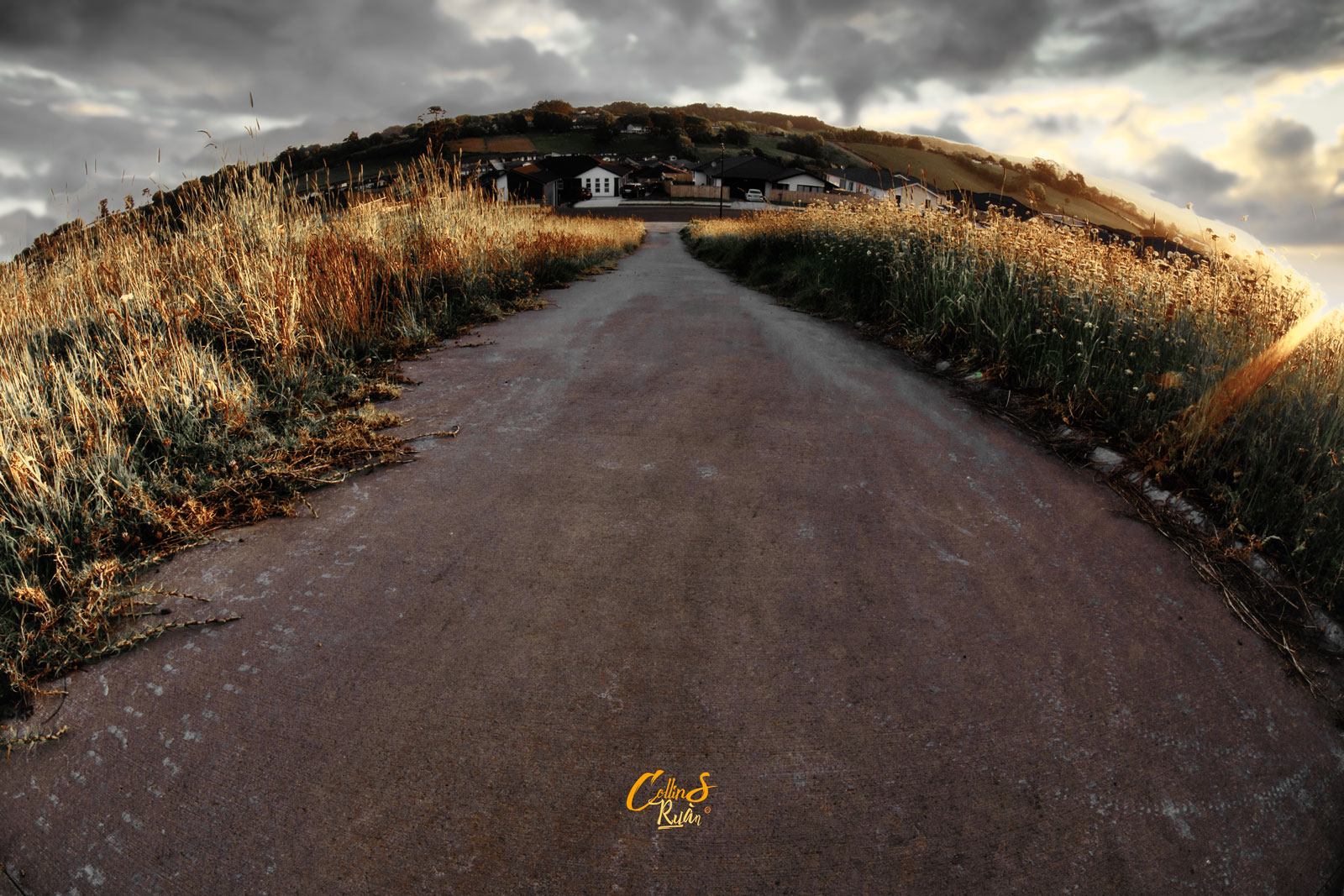 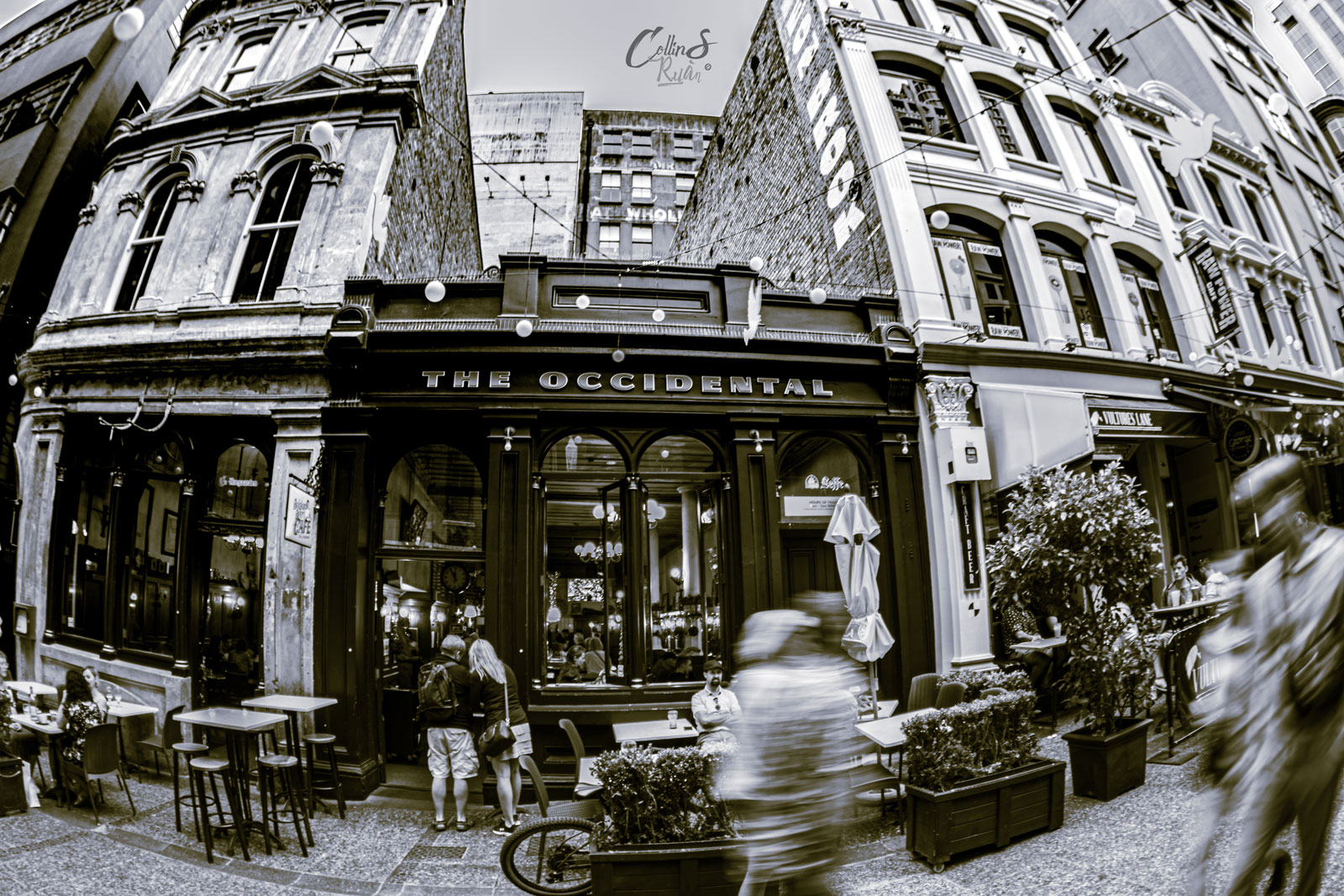 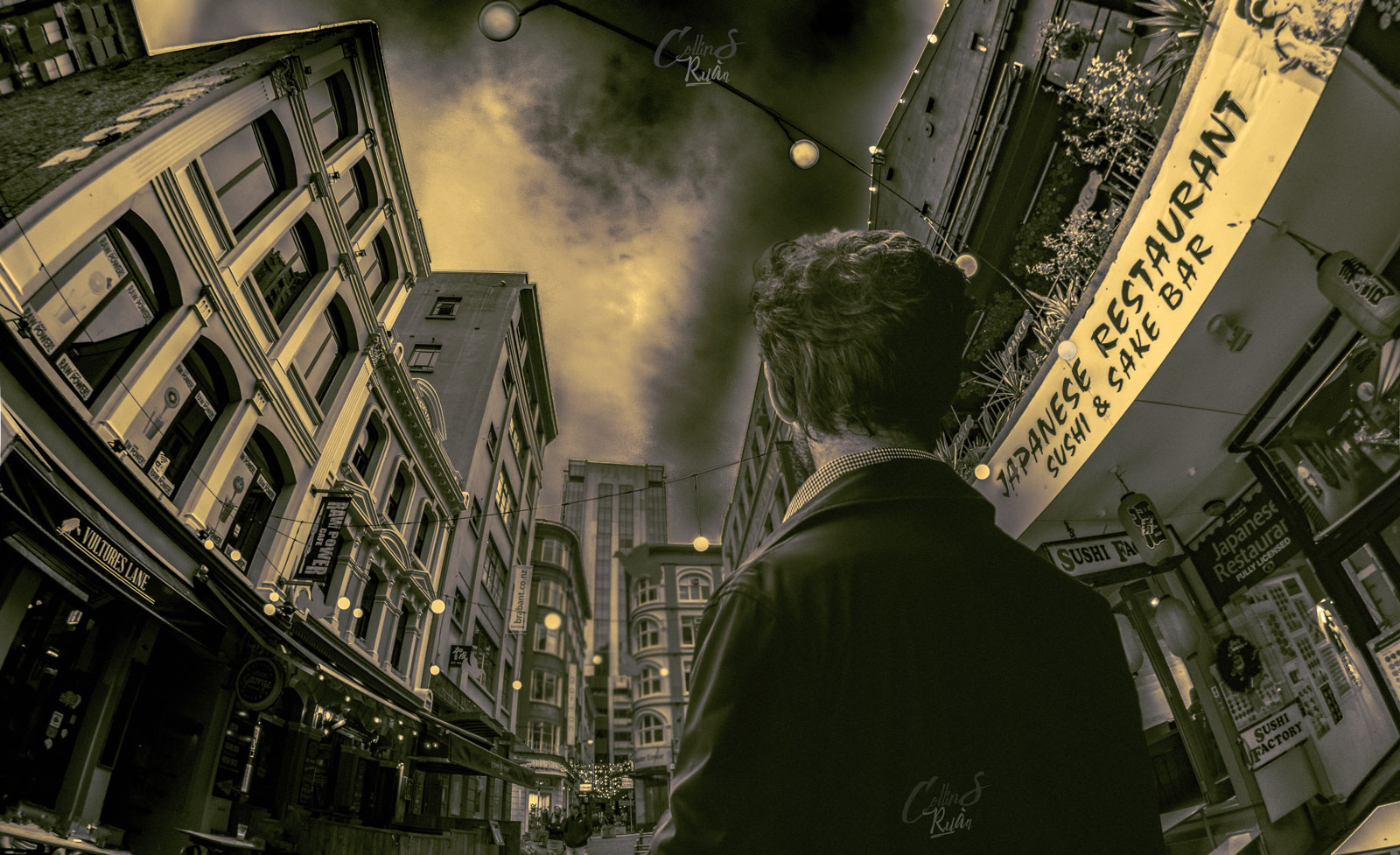 A professional photographer and videographer, artist, photography tutor, author, gear reviewer, and art critic. He is based in Auckland, New Zealand. In his arts he gives a lot of thought and emphasis to the Black & White visual and metaphorical differences. He collaborated in arts and journalism assignments internationally. He gives workshops in photography in several genres and to photographers of all proficiency levels, both locally in New Zealand and online to international learners. Works with myriad of systems and formats, and globally proudly represents Tokina, HOYA, and Kenko. To book a local or online workshop in photography or post-processing:

All the material written and presented in this article is fully copyrighted to Collins Ryàn – L'artiste, Auckland, New Zealand, May 2022